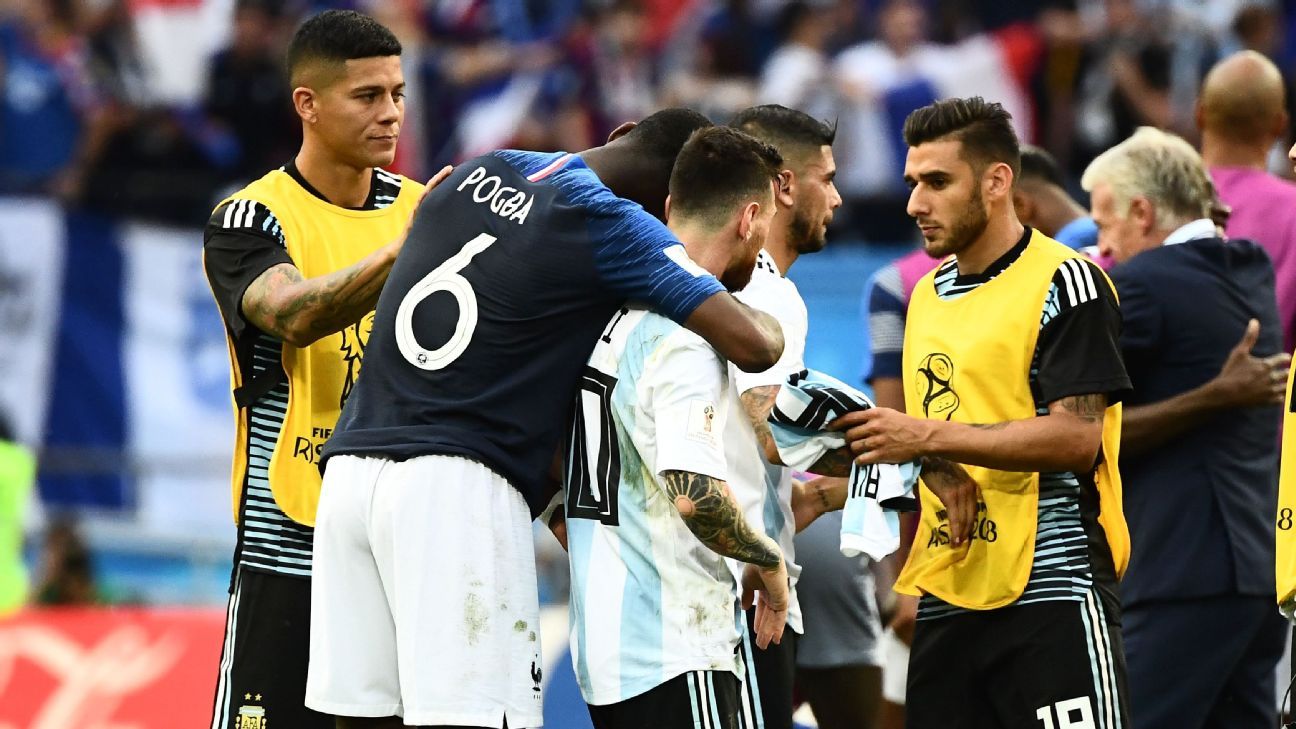 
Paul Pogba paid tribute to Lionel Messi after France knocked Argentina out of the 2018 World Cup in Russia, saying: “I will always be united with him.”

Les Bleus won the fraught round-of-16 encounter in Kazan 4-3 in what could potentially be the last-ever World Cup match for the 31-year-old Messi — who has never won an international tournament — but Pogba had nothing but praise for the Albiceleste captain.

“We know that we are playing against probably the best player in the world,” the Manchester United midfielder told TyC Sports in an on-pitch interview. “For 10 years now I have been watching him, learning from him. He makes me love football more, always.

Messi exits the tournament having scored just once in Russia — the opener in the crucial group-stage win over Nigeria — and remains without a goal in the knockout phase of a World Cup in his career.

Argentina’s Javier Mascherano and Lucas Biglia both announced their international retirements soon after the final whistle, but the former urged his one-time Barcelona teammate not to follow suit.

France will face Uruguay in the quarterfinals in Nizhny Novgorod on July 6.

Fabregas remains friends with Mourinho, disappointed with Guardiola
Who’s out, who could step up?
PSG edge ahead of Real Madrid in chase for Bayern’s Alaba
For Arteta and Arsenal, the honeymoon may be over
How Higuain’s switch from Juventus to Inter Miami helped him ‘get back his love for the game’