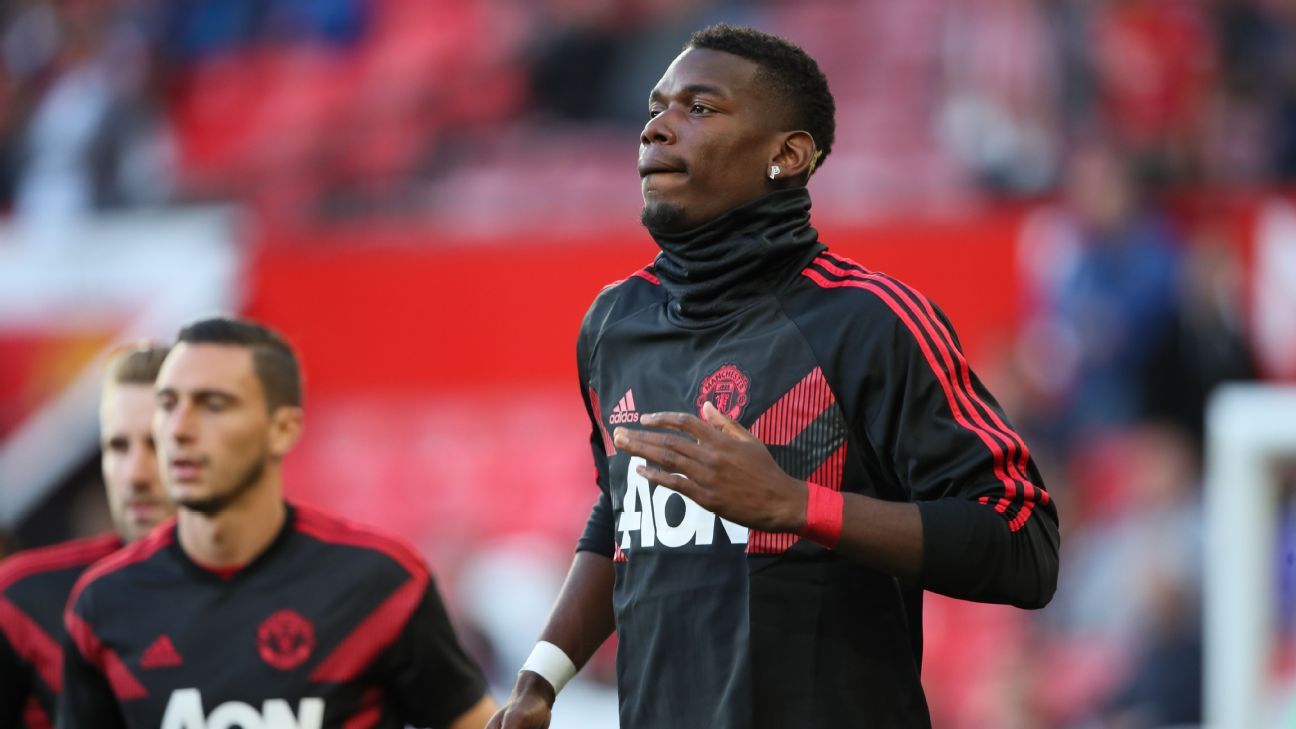 The Frenchman only returned to Carrington on Monday after his post-World Cup break.

Jose Mourinho said at a news conference on Thursday that he had been impressed with the 25-year-old during his four days training and the midfielder has been rewarded with a start against Leicester at Old Trafford on the opening night of the season.

Pogba was also handed the captain’s armband with Antonio Valencia still missing with a calf injury.

It comes after a summer during which Pogba’s relationship with Mourinho has appeared strained. Sources have told ESPN FC that Pogba was unhappy with some of his manager’s comments during the tour of the United States and was willing to consider a move to Barcelona until United made it clear he is not for sale at any price.

It is the eighth time Pogba has captained United since returning to the club from Juventus in a £89.3 million deal in 2016.

Valencia has been picked to captain the side most often during Mourinho’s two years in charge, taking the armband 42 times.