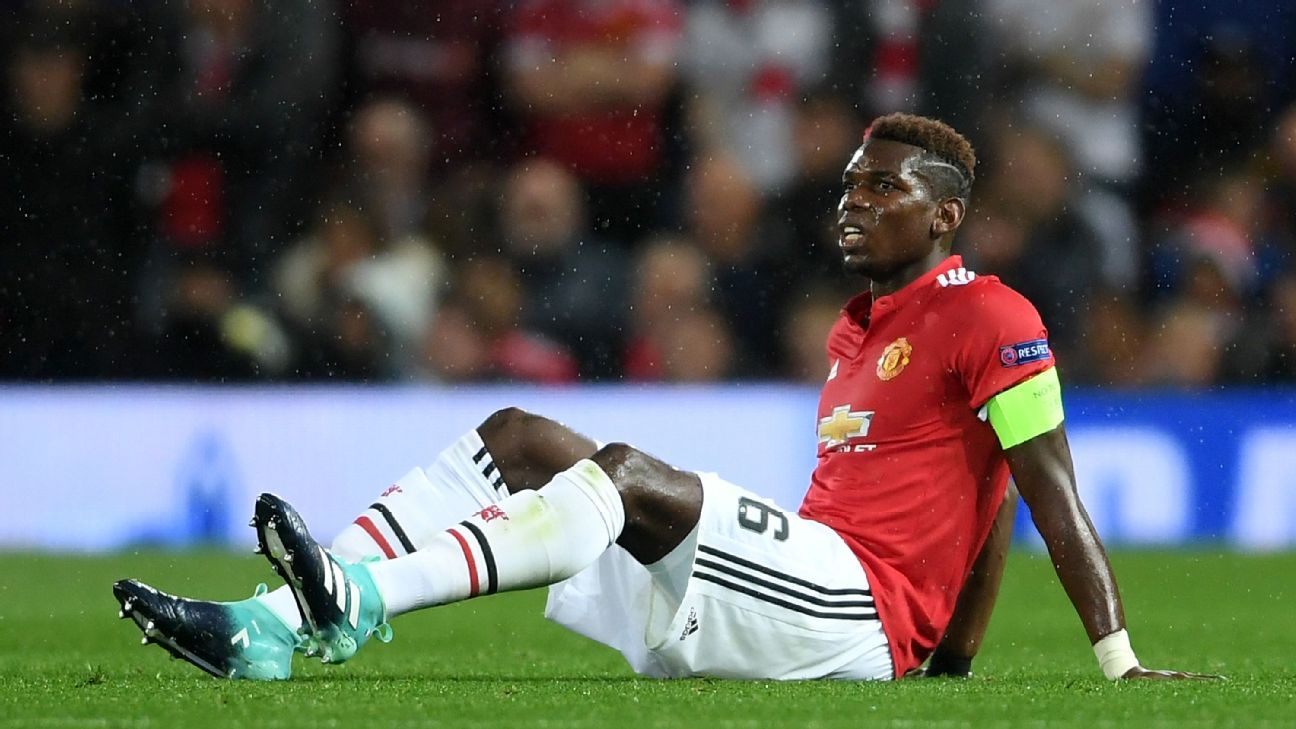 The Frenchman, named captain for the night by Jose Mourinho, had to be replaced with Marouane Fellaini after stretching into a challenge with Mohamed Elyounoussi.

Fellaini was only passed fit for the game on Monday after missing the 2-2 draw with Stoke on Saturday with a calf injury.

Pogba headed straight down the tunnel after leaving the pitch and will now be a doubt for Everton’s visit to Old Trafford in the Premier League on Sunday.

Pogba was playing in his first Champions League since joining United from Juventus for £89.3 million in 2016.

His last appearance was for the Serie A against Bayern Munich in the last 16 in March 2016.