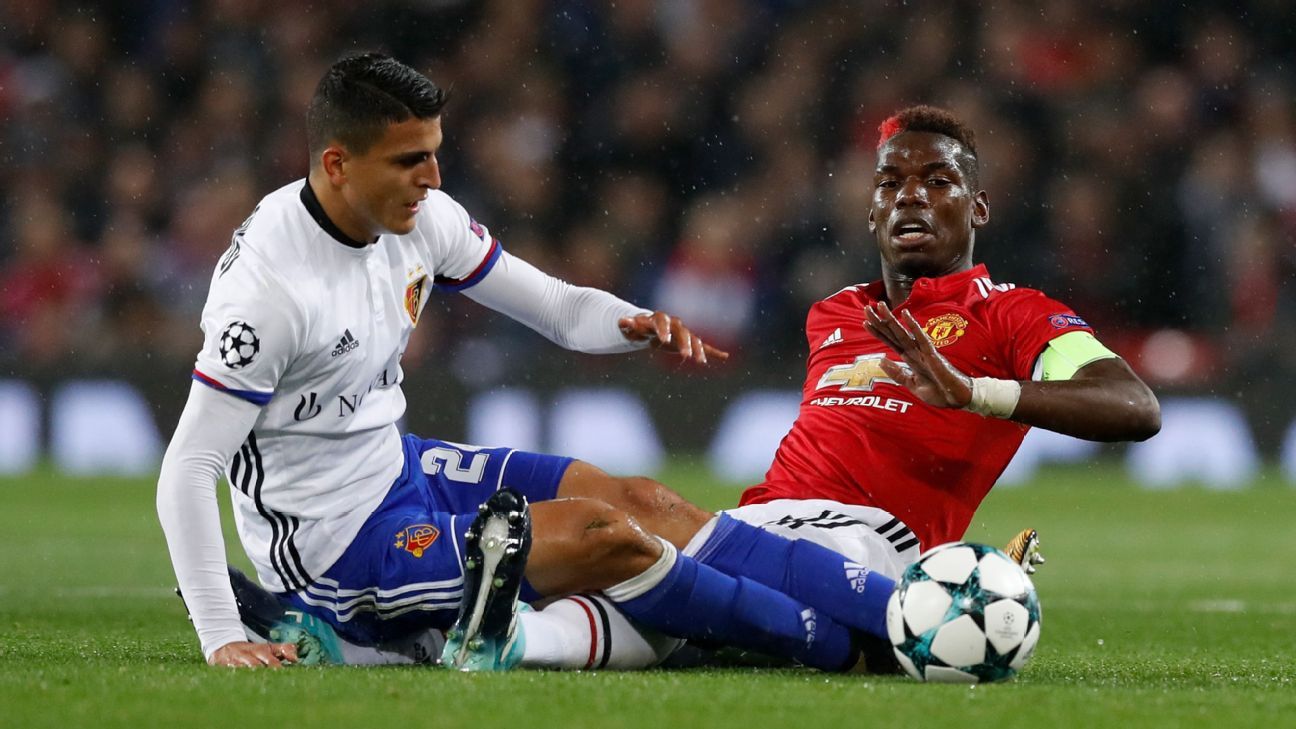 
This article originally appeared on ESPN FC on Sept. 13, 2017 and has been edited to reflect the latest updates.

There was a pivotal moment in Paul Pogba’s first season at Manchester United, albeit one that did not arrive until March. Injured in a Europa League tie with Rostov, Pogba missed the next three games.

The first one, a 3-1 win at nearly relegated Middlesbrough, went smoothly enough. The next two, home games against West Bromwich Albion and Everton, did not.

Both ended in draws — 0-0 and 1-1 — to effectively end any hope United had of qualifying for the Champions League through the Premier League route. The two results were noted down as evidence of a wider problem; not enough goals scored and too many home draws.

But early-season stalemates against Burnley and Stoke had a lot to do with the performance of their goalkeepers. Jose Mourinho used it as a way of suggesting almost everything was right, apart from the ball actually going into the net.

United had six shots on target in the two games combined. Against Burnley in October, they had 11. Against West Brom and Everton it was not a case of a goalkeeper playing out of his skin; it was that he did not have much to do at all.

For the first time since Pogba’s return from Juventus, fans got to see what Mourinho’s United looked like without him.

With Pogba, the problem had been that the team were not taking enough of their chances. Without him, it was that they were not making enough. For many observers, it had taken Pogba’s injury to realise what it was that he did.

As the France international said himself last season, those expecting him to repay his £89.3 million transfer fee with a goal return to match Cristiano Ronaldo or Lionel Messi will be disappointed.

And an assist is only an assist if someone finishes it off: something that didn’t happen enough last season.

It is telling that Opta calculated Pogba created 57 chances in the Premier League last season yet ended the campaign with just four assists to his name. To put that into context, Henrikh Mkhitaryan had five in the first four league games of this term.

Mourinho has been without Pogba for four games since his hamstring injury against Basel on Sep. 12.

But after revealing he is now a “long-term” absentee like Zlatan Ibrahimovic and Marcos Rojo, it is likely he will miss considerably more — although at least there are positive signs, in that United trounced Everton 4-0 without Pogba, and also swept CSKA Moscow aside in the Champions League.

United, though, need one of their main men back. Pogba is already doubtful for the trip to Anfield to face Liverpool on Oct. 14. On Oct. 28, it’s Tottenham at home then, on Nov. 5, Chelsea away.

It is a crucial run of fixtures during which United’s title credentials will get their first real test and Pogba’s absence presents a problem for Mourinho.

He has plenty of options in Marouane Fellaini, Ander Herrera or Michael Carrick. But while all boast their own specific qualities, they cannot replace Pogba’s creativity, the ability to open up a game with one touch or turn.

That is especially true in games against the top six when the temptation may have been, if everyone was fit, to go with a midfield three of Nemanja Matic, Pogba and Herrera.

It is part of Mourinho’s struggle to balance freedom and instinct with organisation and discipline and Pogba is central to finding a happy medium. United struggled to break down Leicester at Old Trafford last month.

In the end, Marcus Rashford scored from Mkhitaryan’s corner to make the breakthrough but it was Pogba who produced a second of skill to help win the set-piece. He had no goal and no assist but had something statistics cannot measure. He was crucial to United scoring and winning the game, nonetheless.

“Squads are for this,” Mourinho said when asked about Pogba’s injury on Tuesday night.

“Squads are for injuries, squads are for suspensions. So if no Paul for Sunday, we have Herrera, we have Carrick, we have Fellaini and we have Matic. We don’t cry.”

Missing one of his most influential players — whether Pogba gets credit for it or not — Mourinho can only hope he feels the same way for the duration of the midfielder’s lay-off.