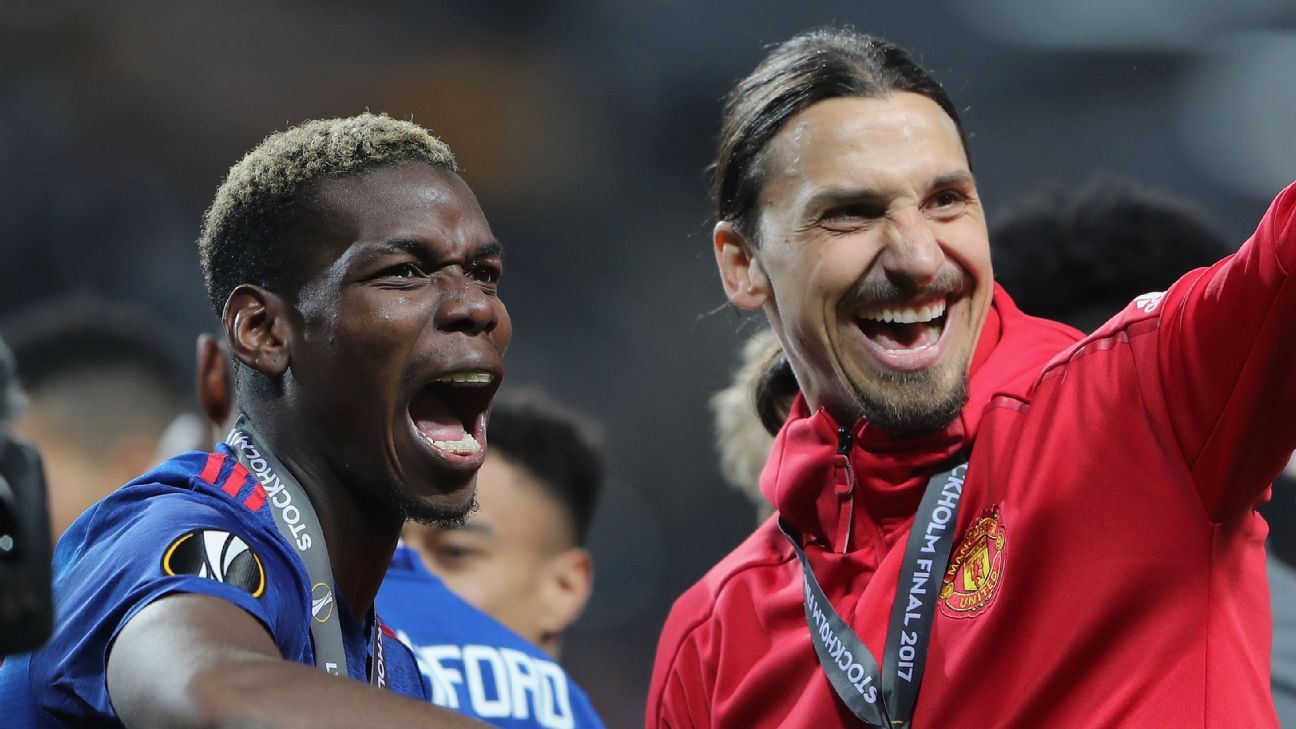 
The agent of Paul Pogba and Zlatan Ibrahimovic, Mino Raiola, has spoken about the futures of two of his top clients.

Pogba, 25, has had a strained relationship with Manchester United manager Jose Mourinho this year and sources have told ESPN FC that new contract talks are on hold while he considers his future at Old Trafford.

However, Raiola insisted that the France midfielder is not for sale at this time.

“I prefer not to talk about [Pogba],” he told Rai Sport. “It’s a very delicate moment and we all know that, but Manchester United have been very clear with everybody: Pogba is not on the market.”

Raiola was also asked about LA Galaxy striker Ibrahimovic, who told TMZ on Friday that “the whole world wants me” when quizzed about his future in MLS.

One option is a return to his former club AC Milan and Raiola hinted that discussions may happen over the 37-year-old striker now that former owner Li Yonghong has departed.

“At the moment, there is no possibility [of Ibrahimovic moving to Milan] and the discussions with the club are not current, but we are willing to talk about it,” he added.

“Besides, now there are normal people in charge of Milan [Elliott Management] whereas the club didn’t exist before. For as long as Zlatan is fit and moving, he will always be a first choice — he’s never asked for any guarantees in his career; you gain guarantees through training, but we would have to see what conditions Milan or another club would want him on.”

AC Milan director Leonardo said earlier this week that Ibrahimovic returning was “not possible,” but Raiola added: “I’m not opening up to it or ruling it out. There’s great respect between Ibra and [Milan’s technical director] Leonardo. Zlatan had a great time in Milan and he left a bit of his heart in Milan, as he did at PSG.”