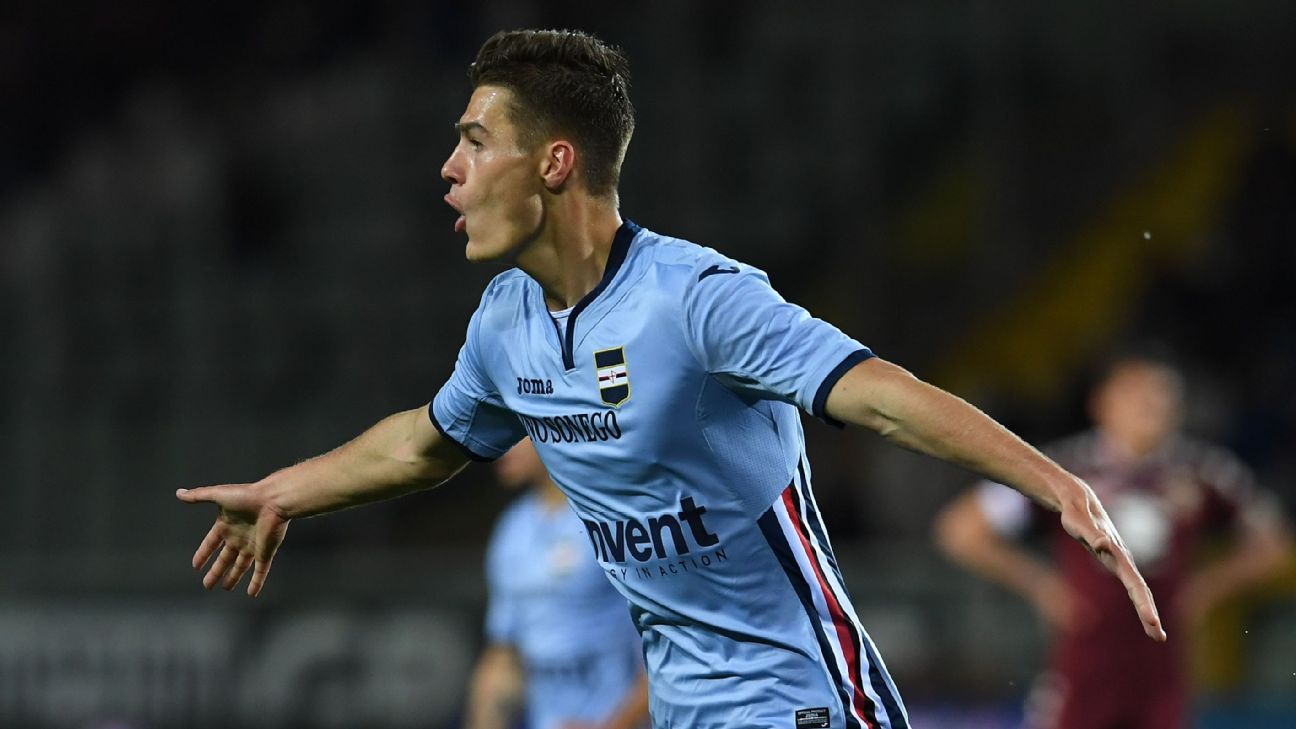 
Sampdoria striker Patrik Schick is set to become Roma’s record signing after arriving in the Italian capital for a medical ahead of a reported €40 million move to the club.

Roma appear to have beaten off competition from Inter Milan and Juventus for Schick, who was met in person by sporting director Monchi — and around 200 fans — at Rome’s Fiumicino airport on Monday evening.

The Czech Republic international is due to undergo a medical on Tuesday before training with his new teammates, bringing an end to one of the summer’s longest transfer sagas.

Schick flew in to Turin on June 22 from Czech Republic’s under-21 camp while they were participating at the European Under-21 Championship to undergo a Juve medical, with whom he had already reached an agreement.

That move collapsed weeks later when Juve sought a reduction on the €30m they had agreed to pay Sampdoria after a cardiac issue was discovered during tests.

He returned to Sampdoria where further tests were performed and, several weeks later, he was given the all-clear by their doctors to resume training, although he still had his eye on a move.

Inter were reported to be leading the chase, but Francesco Totti, in his new role as Roma director, sent the 21-year-old a message, convincing him to join them.

A club record offer, reported to be in the region of €40m — to be paid over three years — was accepted and, on Monday, Schick arrived in Roma.

For Sampdoria president Massimo Ferrero, his sale represents a €36m profit in just one year, having signed the forward from Sparta Prague last summer for €4m.

Roma had also been close to signing him last year before he opted to move to Sampdoria, with the Giallorossi‘s then sporting director Walter Sabatini not fully convinced of his ability.

Schick scored 11 goals in his first season in Serie A and Ferrero says he will be missed at Sampdoria.

“Schick is a deadly gem in front of goal,” Ferrero told reporters after he emerged from negotiations with Roma. “Patrick won me plenty of games. When he sees the goal, he scores.

“I’m sad because I’ve lost an important gem, but I’m also happy because he’s arriving in my city and I will still be able to watch him. I put everything into getting him to come to Roma, even turning down extra money. He’s going to show here what a champion he is — he might not have got as much of a game had he gone somewhere else.”

Schick’s arrival eclipses the €36m Roma paid for Gabriel Batistuta 17 years ago, putting him in line to be the Serie A club’s new record signing and giving coach Eusebio Di Francesco an extra option in attack, where he has looked heavily reliant on Edin Dzeko in the first two games of the season.