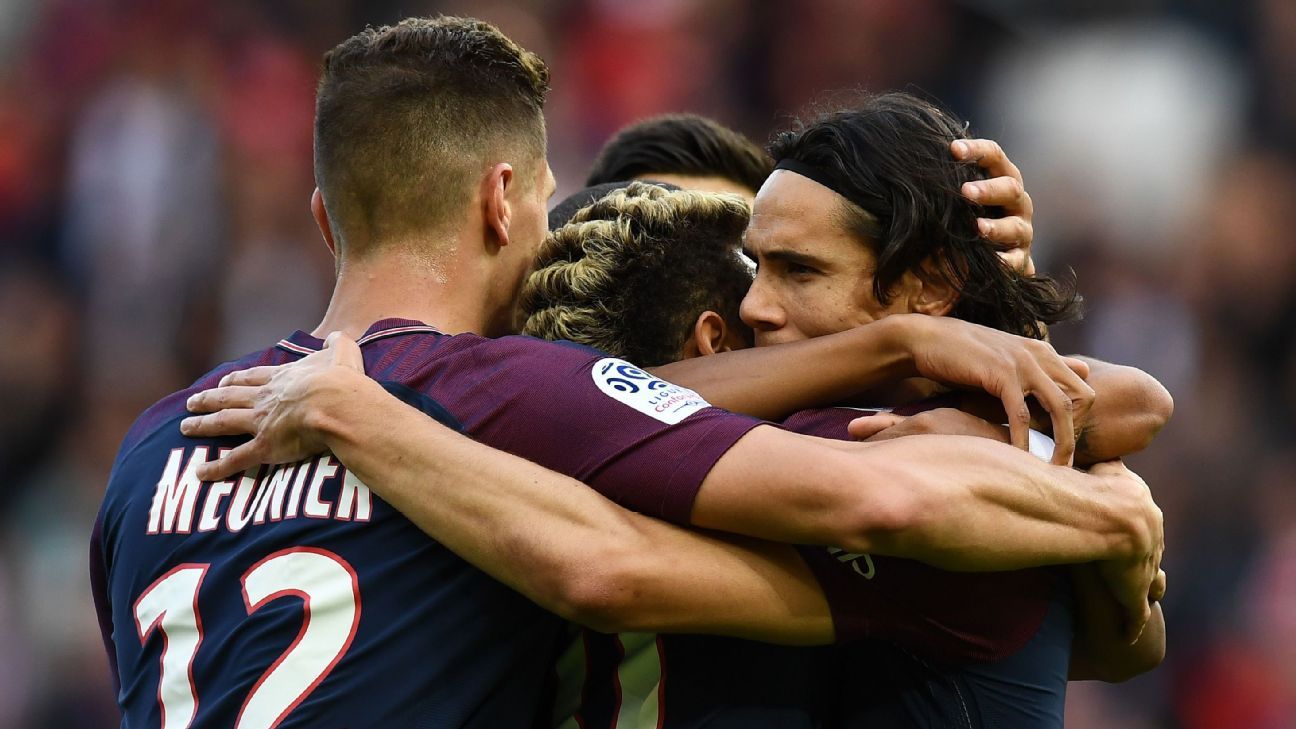 
Paris Saint-Germain right-back Thomas Meunier hailed Neymar’s impact in attack after the 6-2 victory over Bordeaux at Parc des Princes in Ligue 1 on Saturday.

Neymar opened the scoring and added a first-half penalty, while Edinson Cavani also struck before Meunier himself notched a goal, followed by Julian Draxler and Kylian Mbappe.

Speaking with Canal+ after the match, Meunier felt that the result was good but not quite perfect yet still praised Neymar’s influence.

“Obviously we still have exceptional players when we rotate,” the 26-year-old said. “Things are taking shape, I think. Up against a previously undefeated team, you cannot ask for more than scoring six goals.

“When Neymar gets the ball, we are confident in attack but we can still raise the bar. At 2-0, there was a little drop and if we had been a bit more disciplined, we could have been able to finish the match off sooner than we did and in a more beautiful fashion.

“We are not unplayable, we saw that in Montpellier — they stood up to us well. There will be teams who block us. If we can steer clear of injuries and the team continues to rotate well like this, things look promising in the Champions League and Ligue 1.”

PSG coach Unai Emery started Draxler as the No. 10 in a 4-2-3-1 formation instead of the usual 4-3-3 and the Germany international felt that it was his best showing of the season so far after a wonderful first-half volley.

“It was my best match of the season so far, that is for sure,” Draxler told Canal+. “True, it has been difficult since the start of the season because I have not played well nor often. However, I have made progress and I am glad about this game.

“It is a pleasure to play with this team. This position suits me well — I feel good on the pitch. I scored a beautiful goal with my left foot, which is not usual for me.

“It is always hard being a substitute. I want to play in every match, like all the other players. I am happy in Paris. I like to play regularly and when it is like it was in this game, it was very good.”

While Emery was pleased to take all three points to go as many clear of second-placed Monaco in Ligue 1 heading into the international break, he was still irritated that his players allowed Bordeaux to score twice.

“It is difficult to be absolutely perfect,” he told Canal+. “Bordeaux are a team with a good attack but they tried to control the match with a low defensive line.

“The opening goal was important. After that, we opened up spaces and at certain moments of the game, this was a good thing. It enabled us to show off our individual qualities and we were able to shine, especially in the first half.

“I am happy with the result and I am pleased by our performance but I do not want to be conceding two goals at home. We have different types of players. We worked with Julian today and he put in a good performance, it did him and the team some good. After him, Angel [Di Maria] came on because he needed to play to get back to full fitness.”

PSG will return to domestic action away at Dijon after the international break and have Anderlecht (twice), Marseille and Nice to come across Ligue 1 and the Champions League in October.