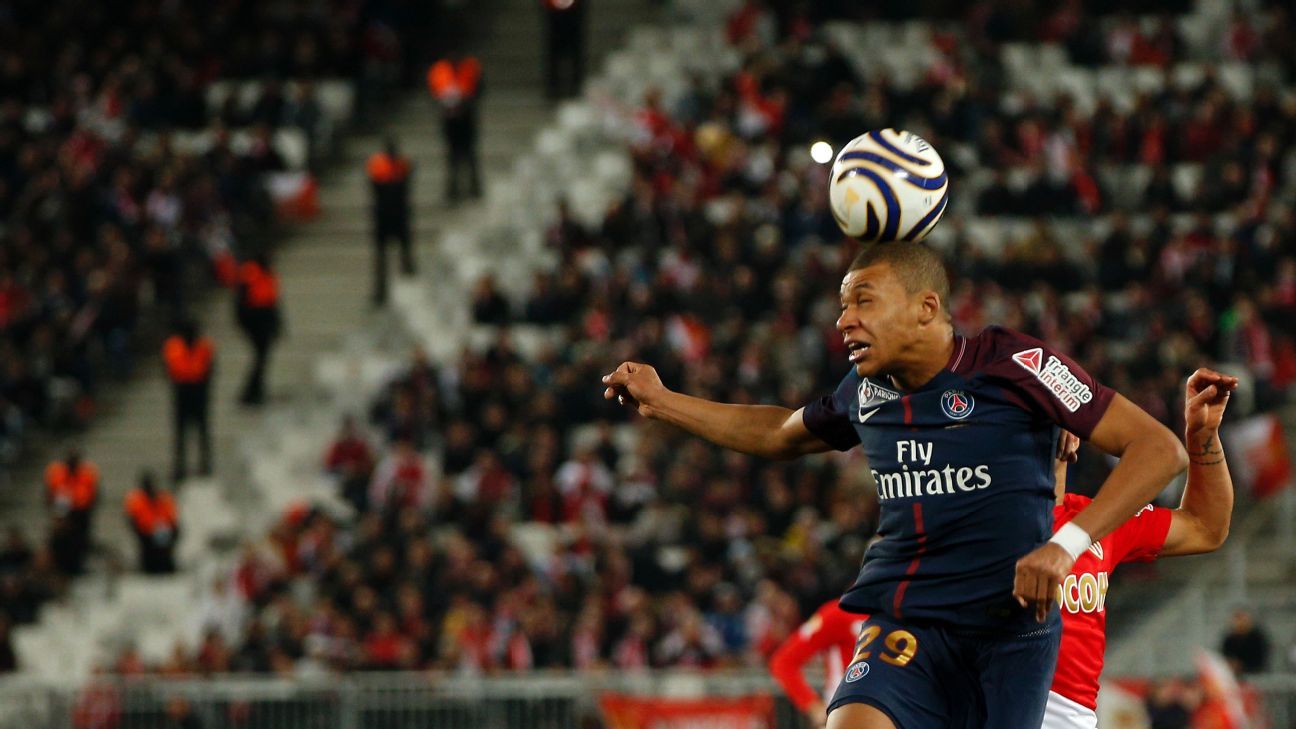 Having disappointed in his first outing against his formative club from the principality, Mbappe did not waste his second opportunity and the France international was key to all three PSG goals as part of a superlative performance.

With the Coupe de la Ligue now won, and with Ligue 1 nearly taken care of too, the Coupe de France is arguably the toughest remaining obstacle. With Caen the toughest possible opponent left — another domestic sweep looks like it is on its way.

PSG did not just beat Monaco in Bordeaux, they comprehensively overcame them for the second consecutive year. Considering their Trophee des Champions and Le Championnat successes, that is three wins from three against Les Monegasques.

The only real negative on the night was the disappointing atmosphere, but that was as much down to Monaco as it was PSG.

However, such lacking enthusiasm does support the idea that the only thing that will get the fans truly excited moving forward is Champions League success.

7 — Unai Emery’s starting XI largely got the job done and his substitutions helped to finish Monaco off. With speculation swirling over his future, the Spaniard is keeping his head down and doing what he can.

GK Kevin Trapp, 6 — Underworked compared with opposite number Danijel Subasic, he was solid but unspectacular between the sticks.

DF Dani Alves, 6 — Now the most decorated active footballer in Europe, he put in a decent showing at right back and got forward as often as possible to help Mbappe and Di Maria carve Monaco open.

DF Thiago Silva, 7 — Preferred to Marquinhos alongside Presnel Kimpembe in central defence, he was a commanding presence but was never required to excel.

DF Presnel Kimpembe, 7 — Given the nod ahead of Marquinhos as Silva’s partner, he responded with a typically mature defensive display to keep the likes of Radamel Falcao at bay.

DF Yuri Berchiche, 6 — It was by no means his best performance in PSG colours, but it was another solid showing and it further underlined why Layvin Kurzawa has fallen out of favour.

MF Adrien Rabiot, 6 — After a sloppy start, he grew into the match and became more influential from deep. However, Marco Verratti was the real shining light in midfield on the night.

MF Marco Verratti, 7 — Motivated by the big occasion, he produced one of his better displays this campaign and was metronomic in midfield in the same way that Thiago Motta has been over the years up until now.

MF Julian Draxler, 6 — Preferred to Lassana Diarra, which would have enabled Rabiot to play further forward from the off, it was a satisfactory showing overall.

FW Kylian Mbappe, 9 — Scintillating stuff. Two direct assists and a hand in the third, his former Monaco teammates were unable to handle him and he turned in one of his best, and certainly most decisive, performances of the season.

FW Edinson Cavani, 8 — Two goals and although one was a penalty, he was good value for his brace and keeps up his reputation as a man for the domestic cups.

FW Angel Di Maria, 7 — He was only on the pitch for 51 minutes, but Emery got a goal out of him and did not take an unnecessary risks after he reported back from international duty with an injury.

MF Javier Pastore, 6 — He might be on his way out, but he is at least trying to go out with a bang and played some useful balls during his 39-minute cameo.

MF Giovani Lo Celso, 6 — Given 21 minutes towards the end, he picked up where Verratti left off in an attempt to prove to Emery that he should have started.

MF Lassana Diarra, NR — Initially thought to be in the starting XI, he ended up with the final 10 minutes. However, even in that short space of time, he showed that he might have been a smarter choice in defensive midfield than Rabiot.