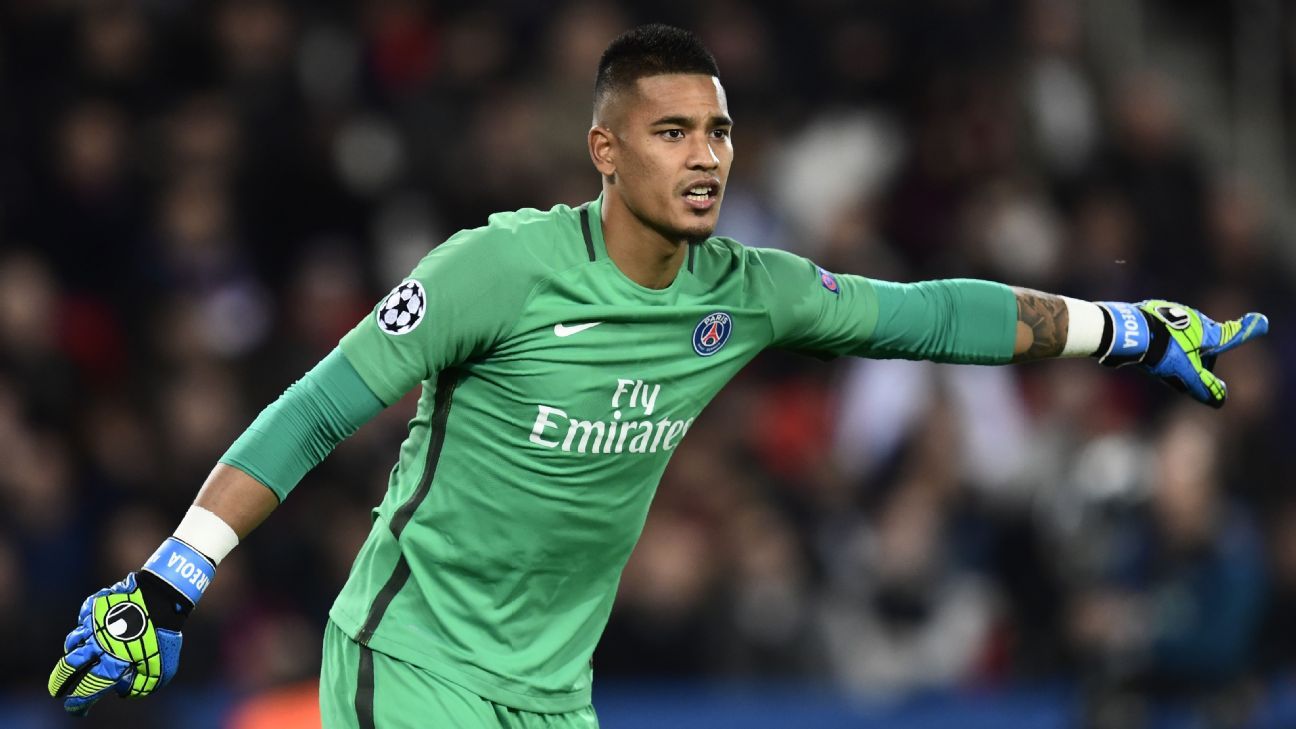 
Paris Saint-Germain goalkeeper Alphonse Areola has revealed that the club are looking for a new shot-stopper this summer.

Areola, 24, initially usurped Kevin Trapp as PSG coach Unai Emery’s No. 1, but after a number of errors and appearances in disappointing team performances, the youth academy graduate lost his starting role.

And Areola may soon find himself as third choice at the club, with the ex-France under-21 international saying they are on the lookout for a new keeper.

“I was told before the end of the season that the club will be looking for a goalkeeper,” Areola told TF1’s Telefoot. “It is just not possible for me to go back to being PSG’s third choice. I want to have a clear idea of my future as quickly as possible.

“My future is very unclear for the moment after the arrival of the new sporting director [Antero Henrique]. All discussions have been put on hold.”

Areola say he had wished for better in his first full campaign at PSG after successful loan spells with Lens, Bastia and Villarreal but did not give up hope at all last term.

“I returned to PSG in order to play,” Areola said. “It was not the season that I was hoping for but it was enriching and it has helped me to develop a bit.

“When I lost my place, I continued to work hard. I did not make waves. I worked with [goalkeeping coach] Nicolas Dehon and my teammates, I gave everything when I was called upon. “

Whether he stays with PSG or not, Areola hopes for better next season and is keen to be first choice wherever he goes.

“It is absolutely imperative that I embark upon a better season than the last one,” he said. “The most important thing is that I get game time. I have a contract until 2019 but things can quickly change in football.

“My wish for next season? The most important thing is that I get to start and play. It is important.”

PSG have been linked with moves for Porto keeper Iker Casillas and Atletico Madrid’s Jan Oblak this summer.