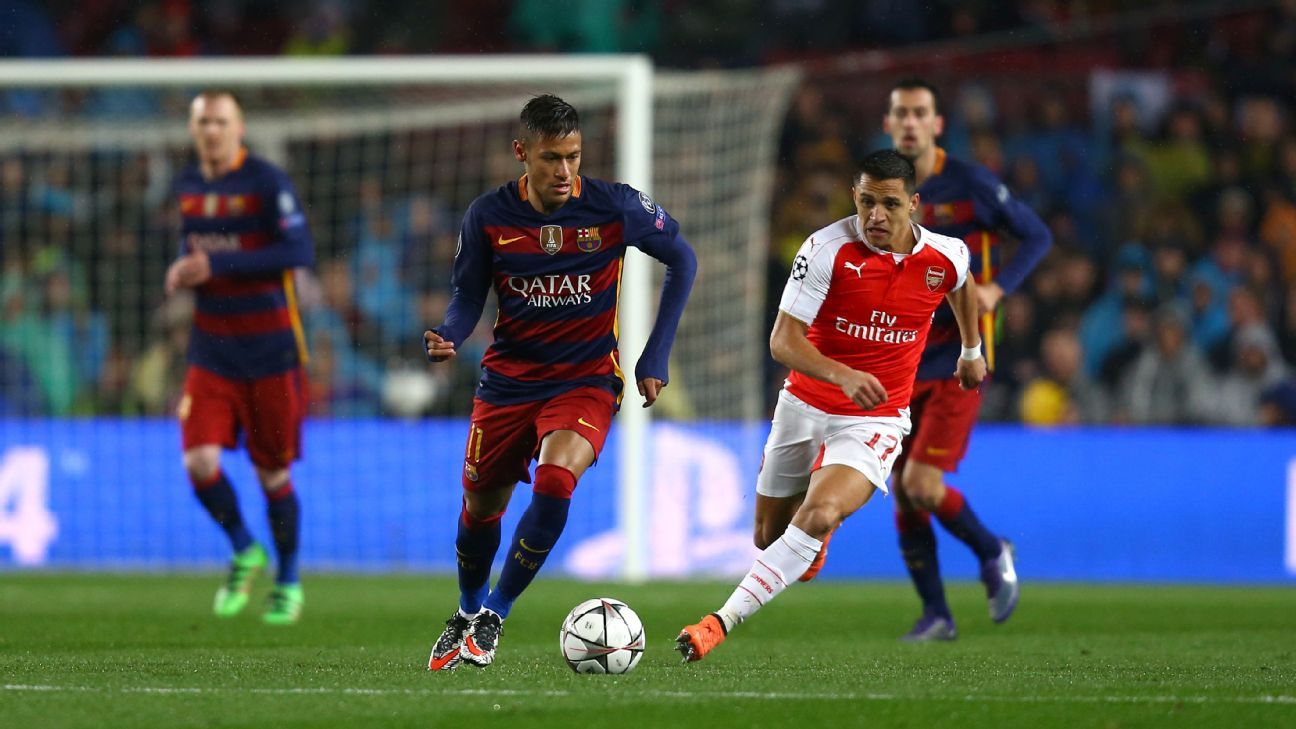 Paris Saint-Germain are confident of signing Neymar from Barcelona and Alexis Sanchez from Arsenal, the Guardian reports, in a double deal that could cost them €272 million.

PSG chairman Nasser Al-Khelaifi is busy working on Neymar’s move to France, while the club’s sporting director Antero Henrique is said to have met Sanchez and his agent Friday afternoon. Barca seem to be coming around to the idea of losing the Brazil international and, according to Mundo Deportivo, have lined up Juventus forward Paulo Dybala as a replacement. It is claimed Dybala has an agreement in place with Juve that would allow him to fulfill a dream and link up with international teammate Lionel Messi for minimum fuss as well as the small matter of a €110-120m fee.

Meanwhile, amid reports on Friday that Neymar had informed some of his teammates of his desire to leave, Barcelona players have been taking turns trying to convince him to stay put, according to Sport. However, club chiefs are said to be considering the sale because of the reported €222m transfer fee.

Liverpool will make one more attempt to sign Naby Keita from RB Leipzig, the Independent reports, and will table a £75m bid which they feel will finally convince the Bundesliga side to part ways with their star man.

Leipzig have so far refused to budge in negotiations for a player that scored eight goals and assisted on seven more to help them finish as runners-up to Bayern Munich last season, but the presence of a £48m release clause, valid from next summer, and the size of Liverpool’s next offer may prove too tempting.

According to the Mirror, Roman Abramovich is willing to sell Chelsea midfielder Nemanja Matic to Manchester United but only if a £50m transfer fee is received.

It had been reported that United’s hopes of landing the Serbia international were over after they beat Chelsea to the signing of Romelu Lukaku. But Abramovich will personally sanction the move as a gesture to Matic, who wants to join United over Juventus, the other interested party.

Chelsea manager Antonio Conte has turned his attention to landing Fernando Llorente after the arrival of Alvaro Morata was finalised, but Swansea want £30m for the striker.

Llorente, Morata and Conte worked together at Juventus with great success and the Independent says they are keen to reunite in the Premier League. Christian Benteke is an alternative option to back up Morata, but the Crystal Palace striker is cautious about a move that could limit his playing time ahead of the 2018 World Cup.

– West Ham, Newcastle and Swansea are competing to sign Jack Wilshere, who Arsenal have made available for transfer but for a £20m asking price. The midfielder is in the final year of his contract and the Telegraph reckons that London-based West Ham are the favourites to strike a deal.

Wilshere’s place at Arsenal could be taken by Rafinha. Sky Sports claims Barcelona have offered the 24-year-old midfielder to the Gunners for €30m.

– Everton are in line to beat Newcastle, Watford and Crystal Palace to the £7.7m signing of Hull winger Kamil Grosicki, according to the Mirror. It is reported Everton boss Ronald Koeman is a long-time admirer of the Poland international and tried to sign him in his time at Southampton.