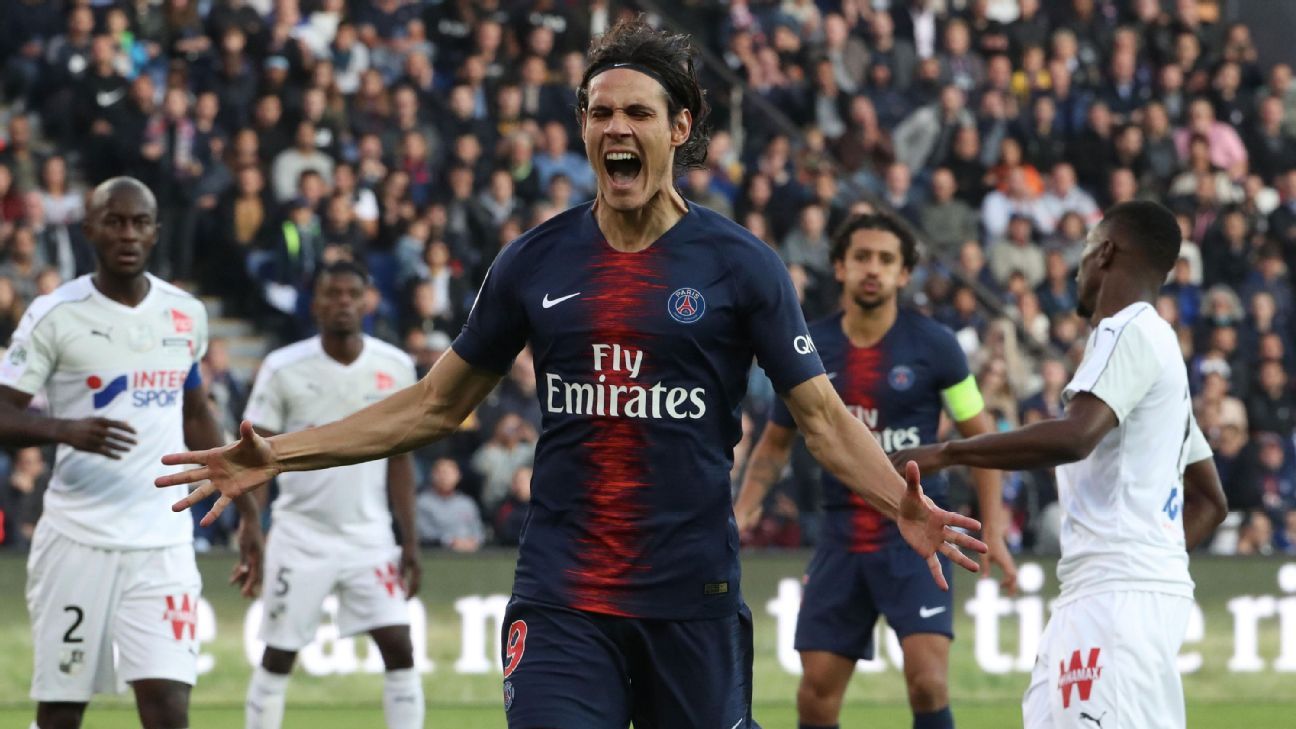 
Paris Saint-Germain are one match away from equalling Tottenham Hotspur’s record of 11 consecutive wins at the start of a season (in the top five European leagues) after beating Amiens 5-0 in Ligue 1 on Saturday.

Despite the absence of Neymar and Thiago Silva, PSG still managed to win convincingly and maintain their habit of scoring at least three times in domestic matches. Tuchel was forced to be creative with his team selection but still managed to keep the momentum going with another convincing victory.

Di Maria’s pair of assists was a boost, as was Draxler finding the net, Mbappe keeping up his good run of form and Diaby’s impressive late cameo. However, managing to preserve a number of key players post-international break ahead of a massive Champions League clash with Napoli was arguably the biggest plus of all.

Edinson Cavani continues to struggle in attack and just does not seem right this season, possibly as a result of his injury at the World Cup, but his confidence appears to be shot. Marco Verratti going off at half-time with a thigh concern was also not ideal, precautionary or not, particularly as the Italy international and Adrien Rabiot are of vital importance in the midfield with alternatives scarce. Otherwise, there were very few negatives.

7 — Tuchel got creative and utilised Christopher Nkunku at right-back to maintain a four-man defence and the result was a clean sheet and another big win. The German coach also made substitutions at key moments and saw Diaby go on to score one and assist another in just over 30 minutes on the pitch.

GK Alphonse Areola, 6 — Not too busy but alert when he needed to be and made two quickfire saves early in the second half with the score at 2-0.

DF Christopher Nkunku, 6 — Utilised his versatility to fill in admirably at right-back and contributed towards a solid enough showing from the back four to merit a clean sheet.

DF Marquinhos, 7 — Skipper in Silva’s absence, he opened the scoring with a fine header from a Di Maria corner and showed few signs of fatigue after a taxing international fortnight.

DF Thilo Kehrer, 6 — After a shaky start to life with PSG, he continues to grow into life in the capital and paired well with Marquinhos at the back to keep a decent Amiens attack muted.

DF Juan Bernat, 6 — Like Kehrer, he is starting to find a bit of form and was more solid at left-back than he has been in any of his previous outings — his cross led to Draxler making it 3-0.

MF Adrien Rabiot, 7 — Looked reinvigorated after some well-earned rest, he headed home a Di Maria corner to double PSG’s lead in the first half and was otherwise composed throughout.

MF Marco Verratti, 6 — Forced off with a thigh worry at half-time, he and Rabiot were solid for the opening 45 minutes, which saw a few flashes of brilliance from him.

MF Julian Draxler, 6 — Headed home PSG’s third to cap a fruitful afternoon in which he needed to impress.

FW Kylian Mbappe, 6 — Eventually got his goal after being teed up by Diaby — his ninth of the season. He missed Neymar at times but Di Maria stepped in to fill that void and the goals were shared out equally with Cavani goal-shy again.

FW Edinson Cavani, 4 — He continues to struggle and looks devoid of confidence, so missing two chances that he would have gobbled up pre-injury will not have helped.

FW Angel Di Maria, 7 — Delivered two good corners for Marquinhos and Rabiot to score from, he departed just before the hour mark having made those two key contributions.

MF Lassana Diarra, 6 — Played the second half in Verratti’s place and picked up where his teammate had left off in the first.

FW Moussa Diaby, 8 — Given 32 minutes as Di Maria’s replacement, he made the most of them with a goal and an assist in a promising cameo appearance that showed what Tuchel sees in him.

DF Kevin Rimane, N/A — Replaced Rabiot for the final five minutes to shore things up and secure the clean sheet, as well as keeping others fresh with Napoli in mind.