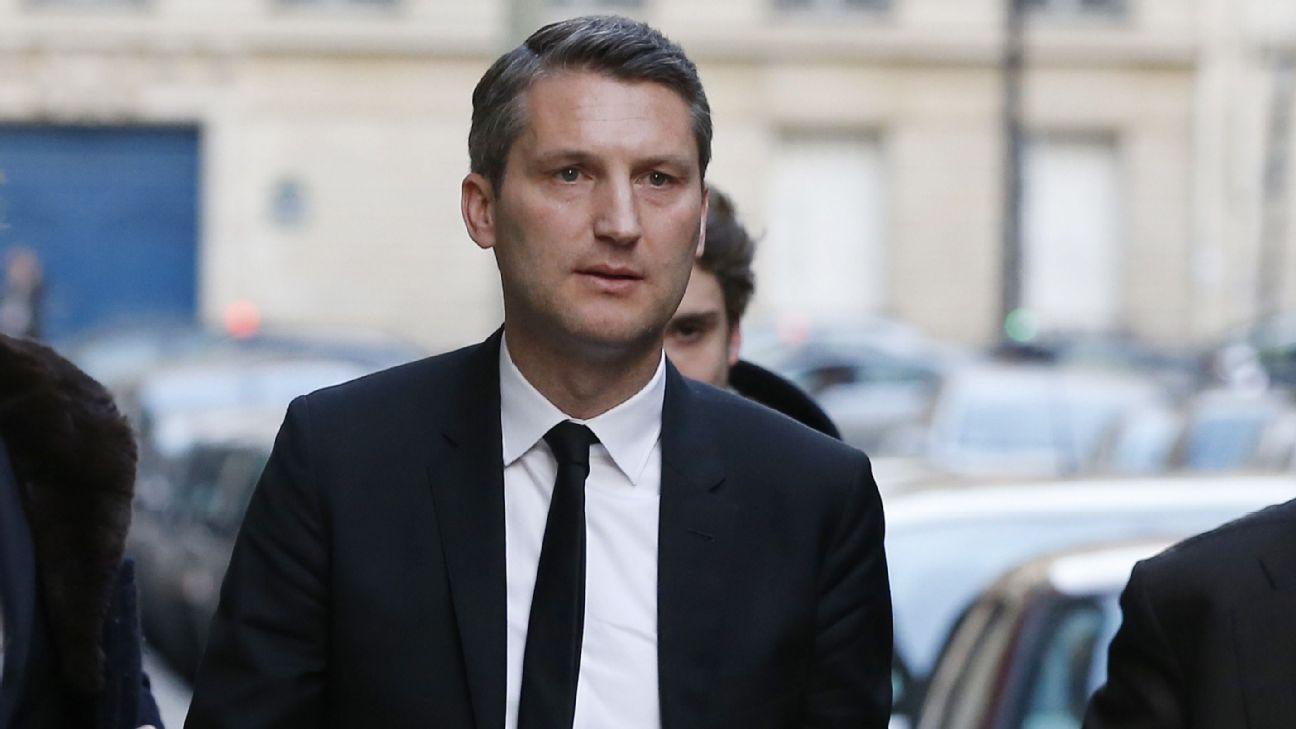 
PARIS — Paris Saint-Germain confirmed the appointment of Antero Henrique as their new sporting director on Friday after Olivier Letang left the club.

Despite handing in his resignation back in April, Friday was Letang’s last day in his former post and his final act was to tie Alec Georgen down to a contract extension through to 2020.

Henrique, 49, has been in line to take his new role since late May when PSG failed in their attempts to lure Andrea Berta from Atletico Madrid, but chose to wait until Letang had left Parc des Princes for the last time before making it official.

“I am extremely happy and honoured by the confidence Nasser Al-Khelaifi has shown in me,” Henrique told the Ligue 1 giants’ official wesbite. “PSG has entrusted me with important sporting responsibilities and I intend to work hard to meet those expectations.

“I cannot wait to put my experience to good use for the Club, which in just a few years, has become one of the best in Europe. My ambition, my motivation, is to work every day to create a winning dynamic able to keep PSG at the highest level in the long term.”

Henrique hails from Vinhais in northern Portugal and rose to prominence during his time with FC Porto, where he established a reputation as something of a transfer guru and rose to the position of vice-president before leaving in September of 2016 after 26 years with the Portuguese powerhouse.

“It is with great satisfaction that I welcome Antero to our club,” PSG Chairman and CEO Al-Khelaifi said. “He will bring his great knowledge and experience of football with him. We are confident in his capacity to help PSG achieve the ambitious objectives that we set on and off the pitch.

“Our new sporting director is a reference in his field in Europe. He has the personality and the ability to further develop the club as one of the most respected and high-performing sports institutions in the world.”

Henrique’s extensive global scouting network at Porto enabled him to unearth gems such as Radamel Falcao, James Rodriguez, Hulk and Jackson Martinez and he is widely recognised as the man behind Porto’s impressive structure during their strongest period in recent history.

The Portuguese must now work closely with coach Unai Emery to revamp the squad after a disappointing season in Ligue 1 and the UEFA Champions League.