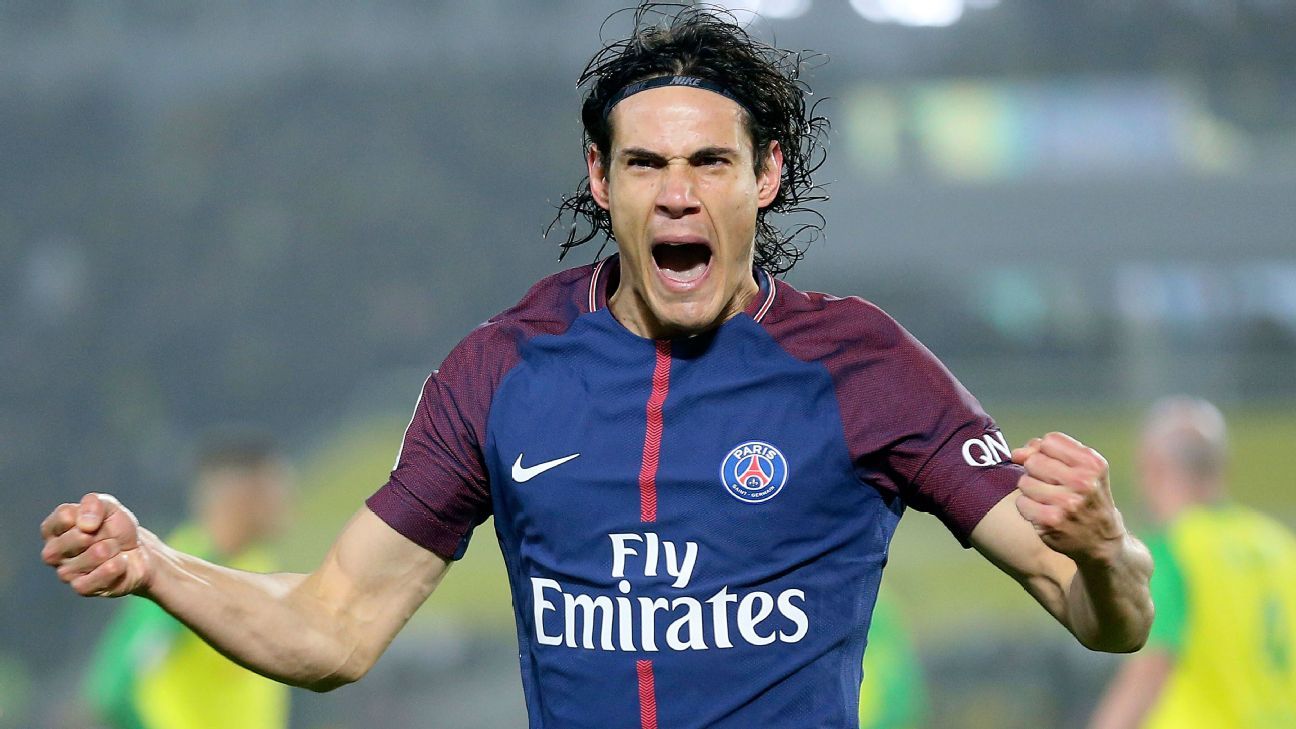 Here are five key games that teed Unai Emery’s men up for an immediate return to Ligue 1’s summit at Monaco’s expense.

Heading for a goalless draw with 15 minutes left in their first significant test this term, Marcelo and Jeremy Morel scored a pair of own goals to hand PSG three scarcely deserved points at Parc des Princes.

It could have been worse for Bruno Genesio’s men, who had Anthony Lopes to thank for saving Edinson Cavani’s second-half penalty, but it was the shenanigans leading up to the Uruguay international’s spot-kick that made the encounter memorable — for the wrong reasons. Superstar summer signing Neymar and Cavani bickered over who should take the set piece before the shot by No. 9 was repelled by Lopes; the controversy took the best part of the rest of the season to die down.

Considering that Lyon beat PSG at Groupama Stadium back in January, this maximum points haul was highly fortuitous especially as there were only four points between the two sides at the time.

After draws in semi-testing matches away at Montpellier and Marseille, PSG’s next big challenge came at Monaco’s Stade Louis II in late November. Separated by six points before the game, PSG’s narrow win in the principality put significant daylight between the two title rivals.

Cavani and Neymar (this time on penalty duty) scored in each half to render Joao Moutinho’s late effort little more than consolatory. Although it was not the dream return to his formative club that Kylian Mbappe hoped for, it was a very important success for Emery and his squad.

This win will be remembered for the bizarre event of referee Tony Chapron kicking out at Les Canaris‘ Diego Carlos and then sending him off as punishment for their accidental collision, but it was also another hard-earned three-point haul of great value. The Ligue 1 leaders were nine points clear at the summit going into this round of fixtures and knew that Monaco, Lyon and Marseille’s results made it possible for PSG to open up an 11-point advantage.

PSG duly obliged through Angel Di Maria’s poked finish and as harsh as it was on Claudio Ranieri’s side, the men from the capital now led the league by double figures.

PSG added another point to their cushion when they managed to squeeze past Toulouse on the road just before they travelled to Madrid to face Real in the first leg of their Champions League last 16 matchup.

In a match low on quality, Neymar managed to force an own goal out of Issa Diop to secure all three points for Emery’s team when they were up against determined opponents, under-strength and trying to avoid unnecessary injuries pre-Real. After that triumph, PSG’s lead was a healthy 12 points and things were looking rosy ahead of the resumption of continental competition.

Ultimately, the Toulouse win and subsequent advantage at the top of Ligue 1 proved to be a false dawn: Real disposed of PSG 5-2 over the two legs and the French giants were left to pick up the pieces against Metz (5-0 win) and Angers (2-1 win).

Going into their visit to Allianz Riviera, where they were beaten convincingly by Nice the season before, Les Parisiens led Monaco by 14 points. PSG recovered from Allan Saint-Maximin’s opener to win 2-1 thanks to Di Maria and Dani Alves, which kept the 14-point lead intact.

It was that advantage that Emery’s men added to their emphatic 7-1 victory against Monaco to confirm their latest Ligue 1 title triumph and the 17-point lead they currently boast.