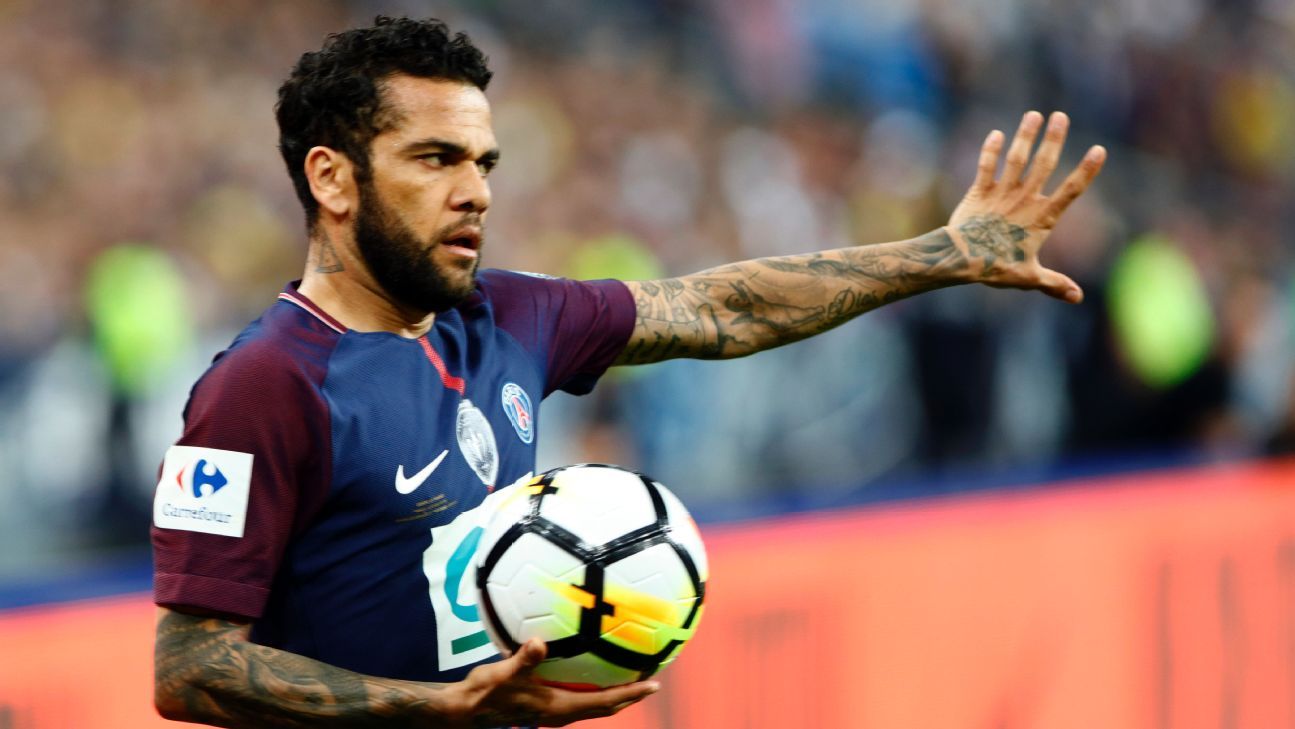 According to an official statement on the club’s website, the 35-year-old’s right knee was operated on by an orthopaedic team at Pitie Salpetriere hospital in Paris on Tuesday.

Alves had to wait for the procedure to give the injury enough time to be ready for a time-saving technique, which will enable “his period of unavailability to be reduced.”

Alves, who joined PSG from Juventus last summer, is already out of this summer’s World Cup in Russia expected to miss at least the first half of the 2018-19 season until further notice.

The Brazilian took to Instagram later on Tuesday to confirm that he had undergone surgery in typical Dani Alves fashion.

“I would like to thank everybody for their prayers,” he wrote. “I started my recovery process a few hours ago and thank God that everything went well.

“As evidence by the picture above, the anaesthetic obviously did not do any collateral damage to Good Crazy!”

While Alves was waiting to be ready for the operation, he went home to Brazil to present the MTV awards and then to the USA to attend a series of lectures at Harvard Business School under Anita Elberse’s tutelage, in the company of the likes of Kaka and Nuri Sahin.