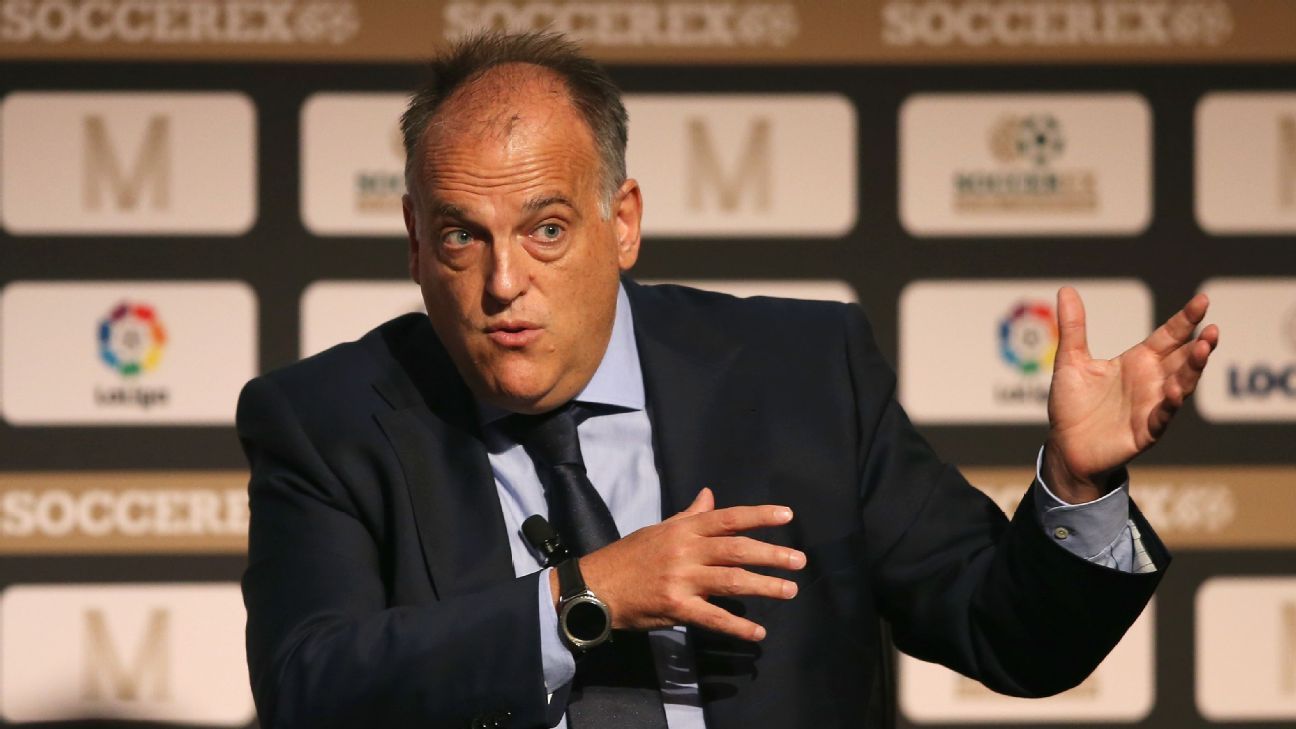 
La Liga president Javier Tebas has accused Paris Saint-Germain of “cheating economically” and urged UEFA to expel them from the Champions League if they are found to have infringed financial fair play (FFP) rules.

In August, PSG broke the world transfer record by signing Neymar from Barcelona for €222 million and committed another €180m plus bonuses on the arrival of Kylian Mbappe from Monaco, initially on a season-long loan.

UEFA opened an investigation into PSG’s dealings on Sept. 1, 10 days after Tebas had sent it a letter detailing the difference between PSG’s commercial revenue and those of their European competitors.

Tebas believes PSG’s close links with Qatar, whose investment vehicle Qatar Sports Investments (QSI) bought the club in 2011, make unfair competition, and mean sponsorship contracts — for the most part signed with Qatari entities — have been overvalued.

“In the last five years, we’ve seen PSG and Manchester City have been the clubs that have invested most in players,” he told L’Equipe.

“As their real revenues don’t allow them to make such investments, they have invented fictitious sponsors, linked to states, with amounts that don’t correspond to the market.

“We compared the revenues of PSG and City with those of Real Madrid, Barca, Manchester United and Bayern. They’re superior…

“At PSG, the sponsorship revenue is linked to Qatar, directly or indirectly, and is superior to those of Manchester United. PSG is continuing to cheat economically.”

UEFA is expected to release the findings of its investigation next month when PSG are likely to have secured their place in the round of 16.

“If we let someone who cheats compete, it’ll hurt other clubs,” Tebas said. “If PSG reaches the Champions League final and is then punished, it will have harmed other clubs. Those PSG have knocked out will have been cheated.

“If, during the season, we see that they have cheated economically, why not exclude them? When a cyclist is convicted of doping, he’s immediately kicked out of the race.

“I think that, actually, the checks should be made before the competition starts, not afterwards. Otherwise, the damage is done.”

Tebas denied his stance was motivated by a desire to “avenge” Barcelona’s loss of one of their superstars.

PSG have already fallen foul of FFP regulations, with their transfer dealings restricted, their Champions League squad reduced and a heavy fine imposed by UEFA in 2014.

Their sponsorship contract with the Qatar Tourism Authority, initially valued by the club at €200m, was judged to be worth half that amount by UEFA’s accountants.

In a statement reported by L’Equipe, PSG said: “We’re not going to respond to every attack by Mr. Tebas, nor to the great imprecision in most of what he says, which is aimed at manipulating the media to try and damage Paris Saint-Germain’s ambitious strategy.

“It’s a strategy the club’s officials were again able to present recently to UEFA with a lot of clarity and serenity.

“We’re profoundly sorry for him [Tebas] that Ligue 1 was able to attract one of the best three players in the world.”