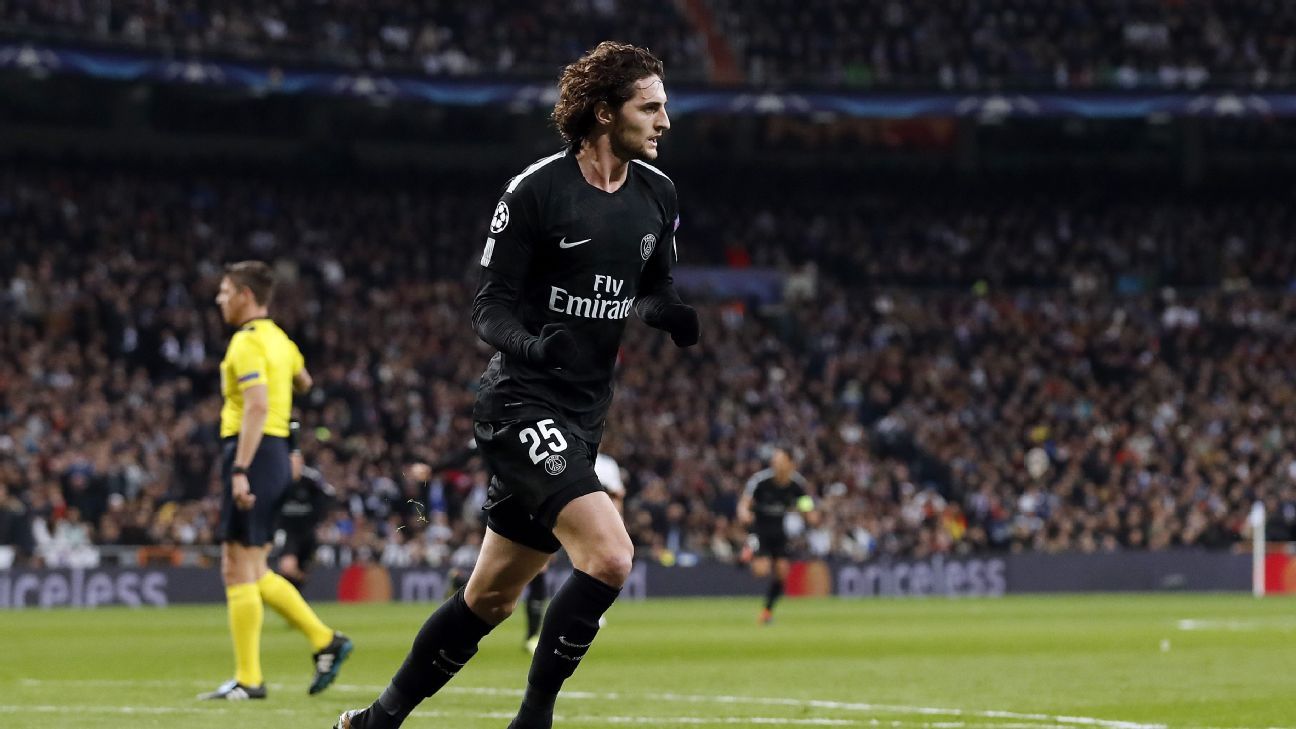 
PARIS — Paris Saint-Germain have appealed to overturn Adrien Rabiot’s yellow card from the first leg of the French capital outfit’s Champions League round of 16 clash with Real Madrid last Wednesday, a source close to the Ligue 1 leaders has told ESPN FC.

The France international was booked for a foul on Luka Modric by referee Gianluca Rocchi, who was subsequently criticised heavily by PSG Chairman and CEO Nasser Al-Khelaifi and coach Unai Emery, despite minimal contact made with the Croatian midfielder.

“We can also speak about the referee,” Al-Khelaifi said postmatch at Santiago Bernabeu. “Two yellow cards, which were not, and an offside against Kylian [Mbappe] that was also incorrect.

“The small things, such as these, can also make the difference against big teams like Real. It was not solely because of this but it helped Real, of course.

Emery also stated his dissatisfaction with the way that “the referee handled the game” because he felt that the “small things, which can become big things, went for [Real].”

“There was the penalty against us, the penalty that we should have had because of Sergio Ramos’ handball, the yellow cards that we were shown…” said the Spaniard. “There also looked like there was a foul on [Presnel] Kimpembe in the build-up to a goal.

Speaking ahead of the 5-2 Ligue 1 win over Strasbourg last weekend, Emery did not let go of the referee issue and expressed his hope to have the “same referee” and “same criteria” for the return leg in early March.

According to the source, Les Parisiens‘ appeal against Rabiot’s caution was launched last week but was rejected by European football’s governing body this Wednesday.

The source added that UEFA indicated to PSG that the only way the yellow card could be overturned is if referee Rocchi had mistaken the identity of the player booked, which was not the case, so Rabiot’s card will stand.

The 22-year-old will not miss the second leg against Real but another yellow card for him at Parc des Princes would rule him out of the first leg of any potential quarterfinal appearance — if Emery’s men get there.