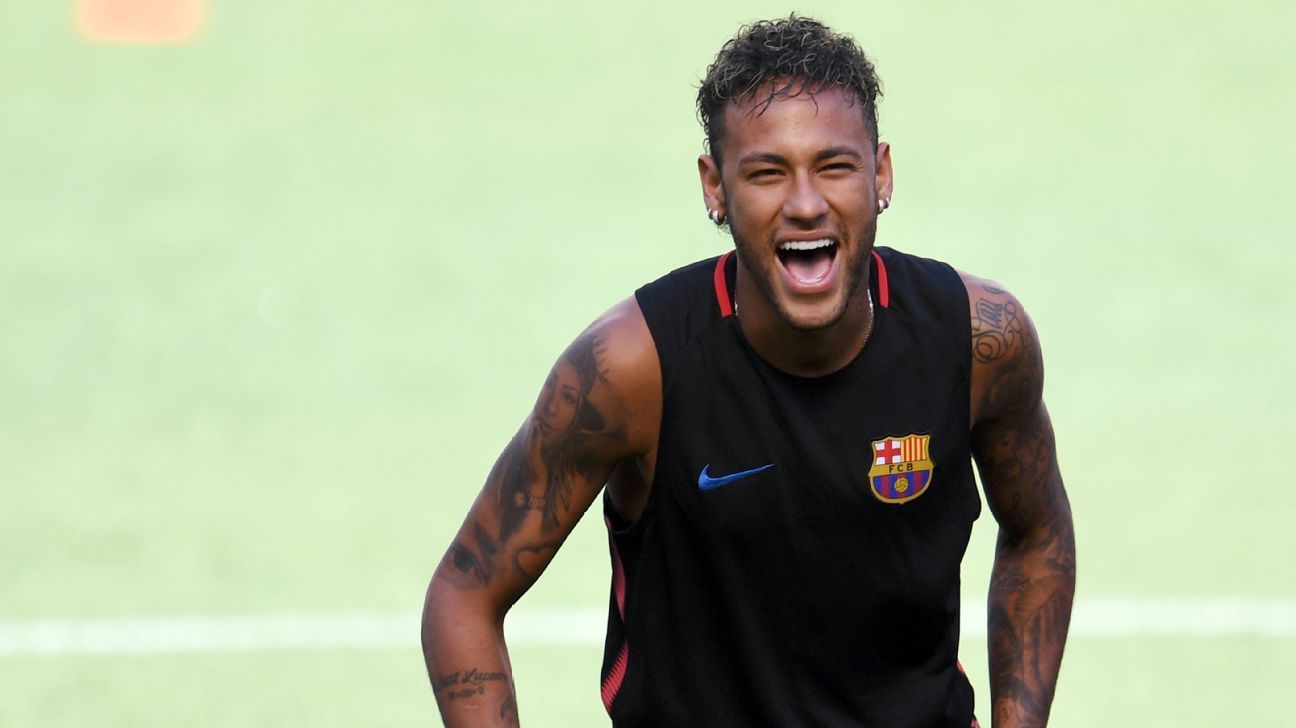 
Paris Saint-Germain confirmed the signing of Neymar from Barcelona for a world-record €222 million fee after activating the Brazil international’s buyout clause on Thursday.

Neymar, 25, has been the subject of intense speculation all summer and has finally put pen-to-paper on a five-year deal.

Late doubts about the move had been raised earlier on Thursday when La Liga refused to accept the €222m payment from PSG to trigger the clause, forcing Neymar’s legal team to travel to Barcelona to make the payment directly to the club.

Barcelona then confirmed that Neymar’s contract had been terminated, and a few hours later, the French club announced the most expensive transfer ever — more than doubling Manchester United’s €105m capture of Paul Pogba from Juventus last year.

A presentation is planned for Friday, a source told ESPN FC, and it is possible he could debut in PSG’s Ligue 1 opener at home against Amiens on Saturday.

“I am extremely happy to join Paris Saint-Germain,” Neymar said in a statement after signing his contract. He also released a lengthy farewell message to Barcelona on social media.

“Since I arrived in Europe, the club has always been one of the most competitive and most ambitious. And the biggest challenge, what most motivated me to join my new teammates is to help the club to conquer the titles that their fans want.

“Paris Saint-Germain’s ambition attracted me to the club, along with the passion and the energy this brings. I played four seasons in Europe and I feel ready to take the challenge. From today, I will do everything I can to help my new teammates, to open up new horizons for my club and to bring happiness to its millions of supporters around the world.”

A source has told ESPN FC that Neymar will be paid around €30m per year after taxes and has been handed a major signing bonus in excess of his net annual sum.

On top of those future earnings and significant bonuses, the source added that Neymar and his father will also profit from a number of club owners Oryx Qatar Sports Investments’ other commercial ventures in Paris and outside of the footballing world.

“It is with immense joy and pride that we welcome Neymar Jr to Paris Saint-Germain,” PSG president Nasser Al-Khelaifi said. “Neymar Jr is today one of the very best players in world football. His winning mentality, strength of character and sense of leadership have made him into a great player.

“He will bring a very positive energy to this club. In six years, we have built a very ambitious project that has already taken us to the highest level of national and European football. Today, with the arrival of Neymar Jr, I am convinced that we will come even closer, with the support of our faithful fans, to realizing our greatest dreams.”

Neymar helped Barca win one Champions League, two La Liga titles and three Copas del Rey as well as one FIFA Club World Cup and one Spanish Super Cup during his four-year stint in Catalonia, and he scored 105 goals across all competitions.

He was the driving force behind Barcelona’s remarkable comeback against PSG in the Champions League quarterfinals last season. He scored twice and set up the winner as the Catalans won 6-1 to overturn a 4-0 first-leg deficit.

Barcelona are still likely to pressure European governing body UEFA to investigate PSG over financial fair play regulations for spending beyond their means.

Even in their brief statement announcing Neymar’s departure, Barcelona noted: “The club will pass on to UEFA the details of the above operation so that they can determine the disciplinary responsibilities that may arise from this case.”

UEFA said before the move was completed that it was impossible to judge the deal in isolation and that PSG’s business over a three-year period — including sales that could happen this summer — must be taken into account.

The earliest PSG would be audited for financial fair play would be during the 2018-19 season, and any sanction — which could potentially involve a Champions League ban — would only take effect in 2019-20.