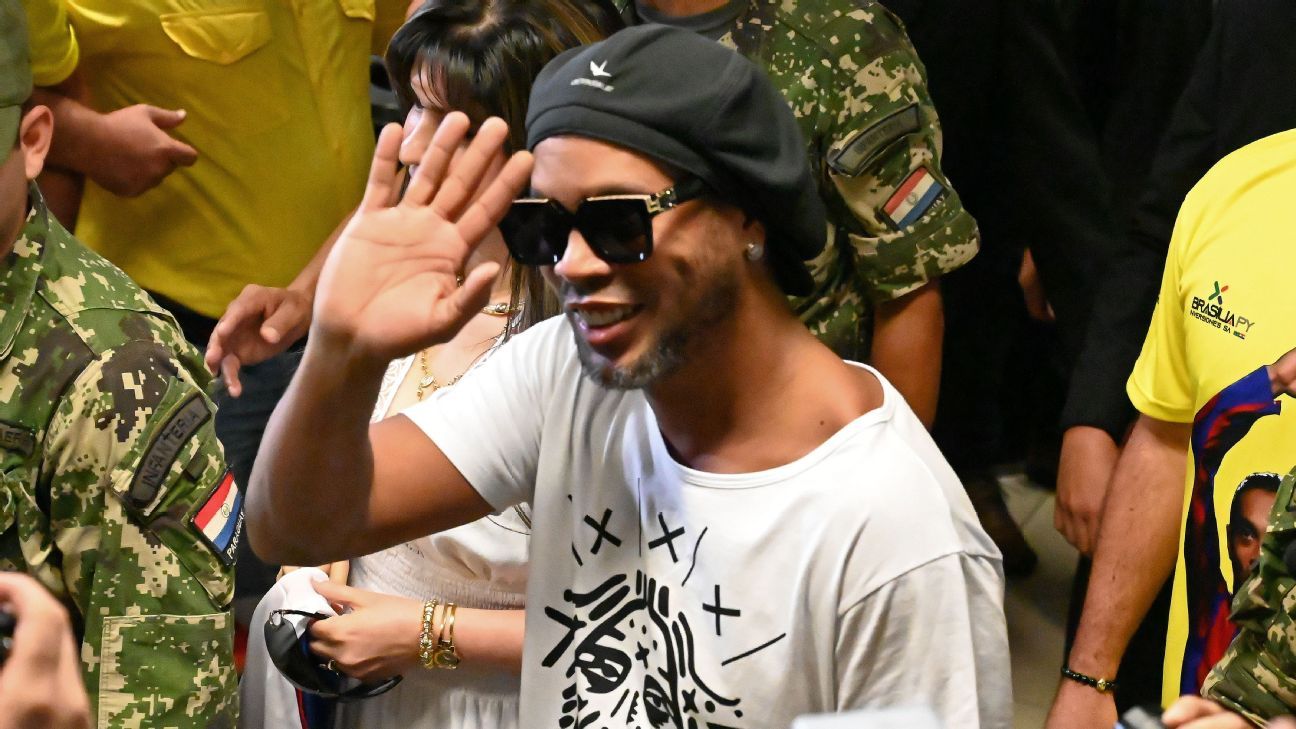 
Ronaldinho Gaucho’s lawyers are evaluating options for the former Barcelona star to be released from jail as early as August after a source close to the prosecution told ESPN that they are willing to discuss a plea bargain in his criminal case, which began more than four months ago after he was arrested for attempting to enter Paraguay with a false passport.

The former Ballon d’Or winner and his brother Roberto Assis were released from a high-security jail in Paraguay in April after paying bail of $800,000 each and placed under house arrest in a luxury hotel in the Paraguayan capital of Asuncion, where they remain.

Ronaldinho told local authorities in a hearing that the passports were a gift from a Brazilian businessman, Wilmondes Sousa Liria, who was also jailed.

Ronaldinho and his brother face up to five years in jail if convicted.

The public prosecutor has six months to investigate the case, and has ordered the arrest of 18 others in connection with it.

Sources have told ESPN in Brazil that 90% of the case with respect to Ronaldinho and his brother is closed amid the failure on the part of the public prosecutor’s office to advance any connection to money laundering or organised crime or make any case beyond Ronaldinho entering the country with fake documents.

Sources told ESPN that Ronaldinho could be offered a plea bargain while the case continues to be delayed due to coronavirus restrictions.

Sources say the plea bargain could include entering a guilty plea for the falsified passports, paying another fine or reporting monthly to the judge in the case.

Dalia Lopez, a businesswoman prosecutors say is connected to the case and who remains at large since the outbreak of the scandal, is a key element to resolve the case which even affected the state departments as she was the person who invited Ronaldinho to participate in events in Paraguay.

Ronaldinho had his Brazilian passport seized at home due to an investigation into alleged environmental crimes, but the document was returned to him in September of 2019 and it is still not known why he did not enter the country with his own passport.

Meanwhile, sources say Ronaldinho has been patient as his lawyers work on a strategy they believe could have him released as early as this month.

The 2002 World Cup winner has told sources that if he regains his freedom, he and his brother would travel to Porto Alegre to visit their mother and sister, greet the rest of the family before flying to Spain to settle almost permanently.

The source said that Ronaldinho has had almost daily telephone contact with people of his closest trust, both in Brazil and in Spain.

Castelldefels, a town about 20 kilometres from Barcelona where Lionel Messi, Luis Suarez and other Barcelona footballers live, would be the chosen place by Ronaldinho to establish his new residence.