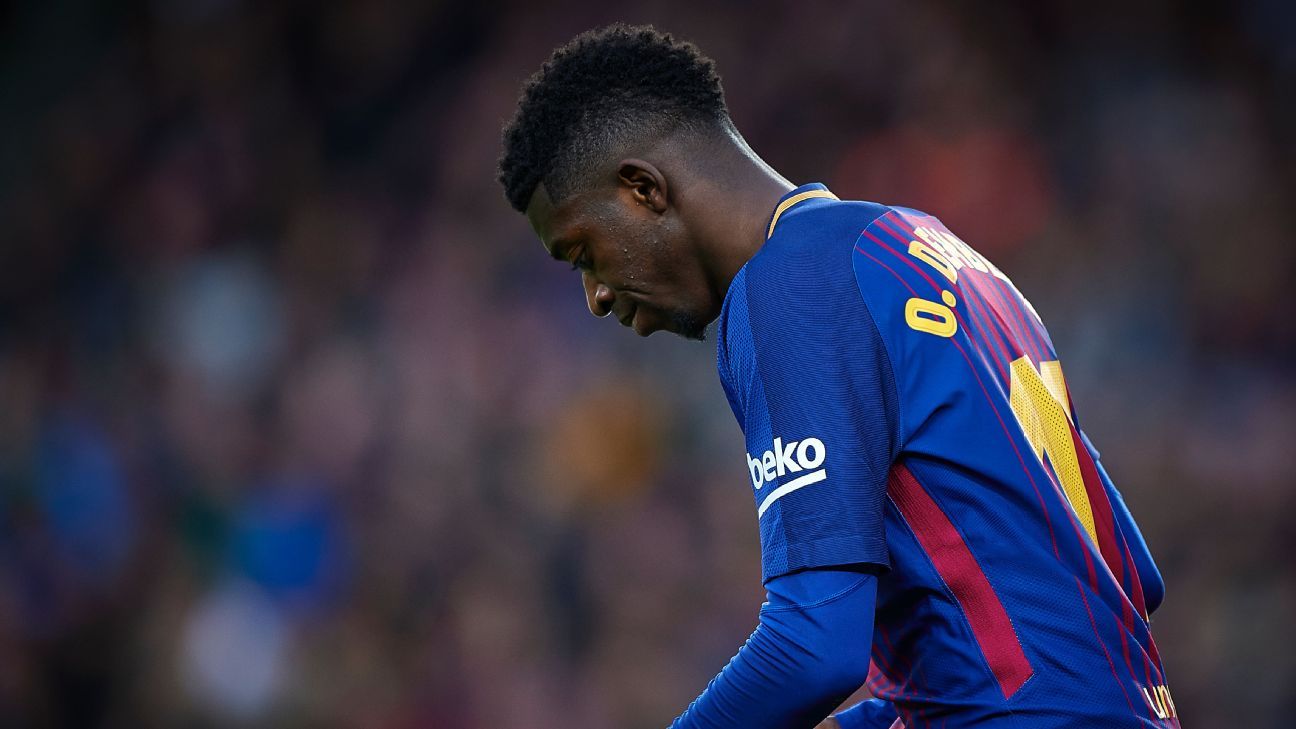 
Borussia Dortmund goalkeeper Roman Weidenfeller has hit out at Barcelona winger Ousmane Dembele for his conduct in forcing a move to the Camp Nou last summer.

Dembele, 20, left Dortmund for €105 million plus add-ons after going on strike, refusing to train unless the club allowed him to move.

Weidenfeller, speaking to ESPN FC ahead of BVB’s final match of the season at Hoffenheim, said: “You just don’t walk out on a club like that.

“It caused incredible turmoil that couldn’t be calmed by anyone. This is a team sport — football is not tennis.

“He didn’t even collect his boots. That’s ridiculous.”

After joining Dortmund from Rennes in 2016, Dembele scored 10 goals and created a further 21 in his only season in Germany.

He was suspended indefinitely by Dortmund after staying away from training amid Barcelona’s interest, and Weidenfeller said he had not experienced anything similar in 20 years in football.

“Before this, I could not imagine something like this existed,” he said. “Dembele, at the age of 19, was given the opportunity to make a name for himself at Dortmund.

“It was here that he turned himself into a player Barcelona wanted to buy — but rather than being thankful he decides to leave the club by staying at home, going on strike, abandoning his teammates.

Weidenfeller, 37, set to retire from football following BVB’s trip to Los Angeles later this month, added that he could understand a young player being tempted “when being courted by a big club.”

“It’s OK. But if you make that decision [to leave], there are other options,” he said. “You try to find a solution which works for all sides.”

Dembele has failed to establish himself as a regular in the Barcelona side in his first season at the Camp Nou following a long injury layoff at the start of the campaign.

But on Wednesday, he scored twice in the 5-1 win over Villarreal and now has four goals for Barcelona.

Reports have suggested he could leave on loan this summer, but Valverde said on Wednesday that the Liga champions “think he will still be with us next season.”

Fabregas remains friends with Mourinho, disappointed with Guardiola
Bundesliga is all Bayern, Barcelona still fancied in La Liga, Serie A wide open: Predicting Europe’s top leagues
Liverpool vs. Leicester City – Football Match Report – November 22, 2020
After his England breezed past Iceland, Southgate has plenty of questions to answer ahead of Euros
FIFA’s semi-automated offside VAR technology to go into development in 2021