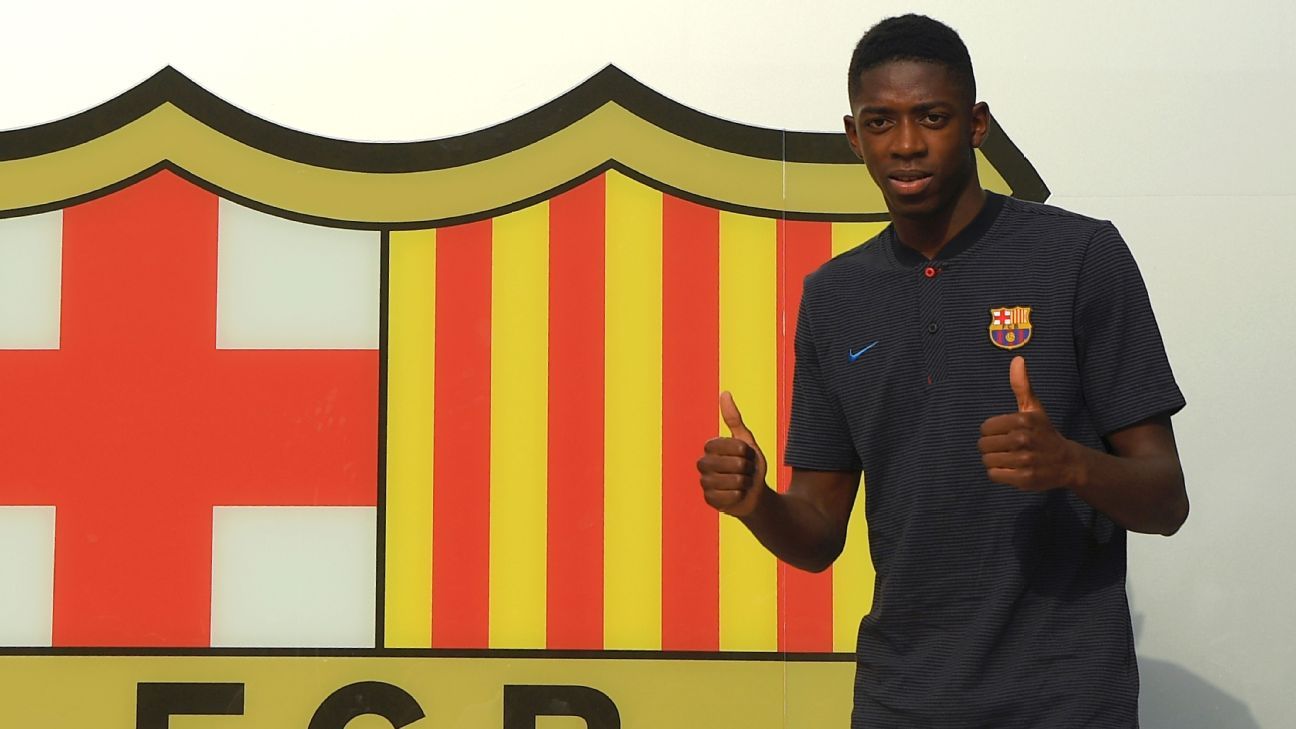 
Borussia Dortmund defender Marc Bartra has described Barcelona’s top summer signing Ousmane Dembele as a “very talented” player but appealed to fans to be patient as the France international settles in at the club.

Barca paid Dortmund an initial fee of €105 million, which could rise by 40 percent to €147m due to add-ons, for the 20-year-old forward last month.

Bartra, who joined Dortmund last summer from Barcelona, told Marca of his former teammate: “He is a very good player, he can destabilise opponents. “He is very talented… but patience is needed.”

Dembele proved his quality in his only campaign at BVB, scoring six goals and setting up 12 more in 32 Bundesliga appearances. He also impressed in the Champions League where he scored twice and came up with six assists in 10 appearances.

Bartra has no doubt Dembele, who has inherited Neymar’s No. 11 jersey, will have a huge impact at the Camp Nou.

“He has only played one year at Champions League level,” the Spain international said. “He is going to bring a lot of joy but you need to be patient.”

Mikel Merino, who joined Newcastle on a season-long loan from Dortmund this summer, also believes Dembele will succeed in La Liga.

The midfielder, who like Dembele arrived at the BVB last summer, told Marca: “I’m very fortunate to be a friend of his [Dembele] and I know he is going to do great things at Barca. Perhaps at the beginning it will take him so time but in the long term, I trust him 100 percent.

“He is a great player. He has magic in both legs and a spectacular change of rhythm.

“At any time he can change a game. In the end, that is what you pay for. He will change a game in one play. He takes the ball and he wins the game on his own.

“At the end of the day, you are not paying what the player is worth right now but the progression he has and the quality he can potentially have.”

Dembele, who signed a five-year deal with Barca, is expected to make his debut in Saturday’s city derby against Espanyol at the Camp Nou.