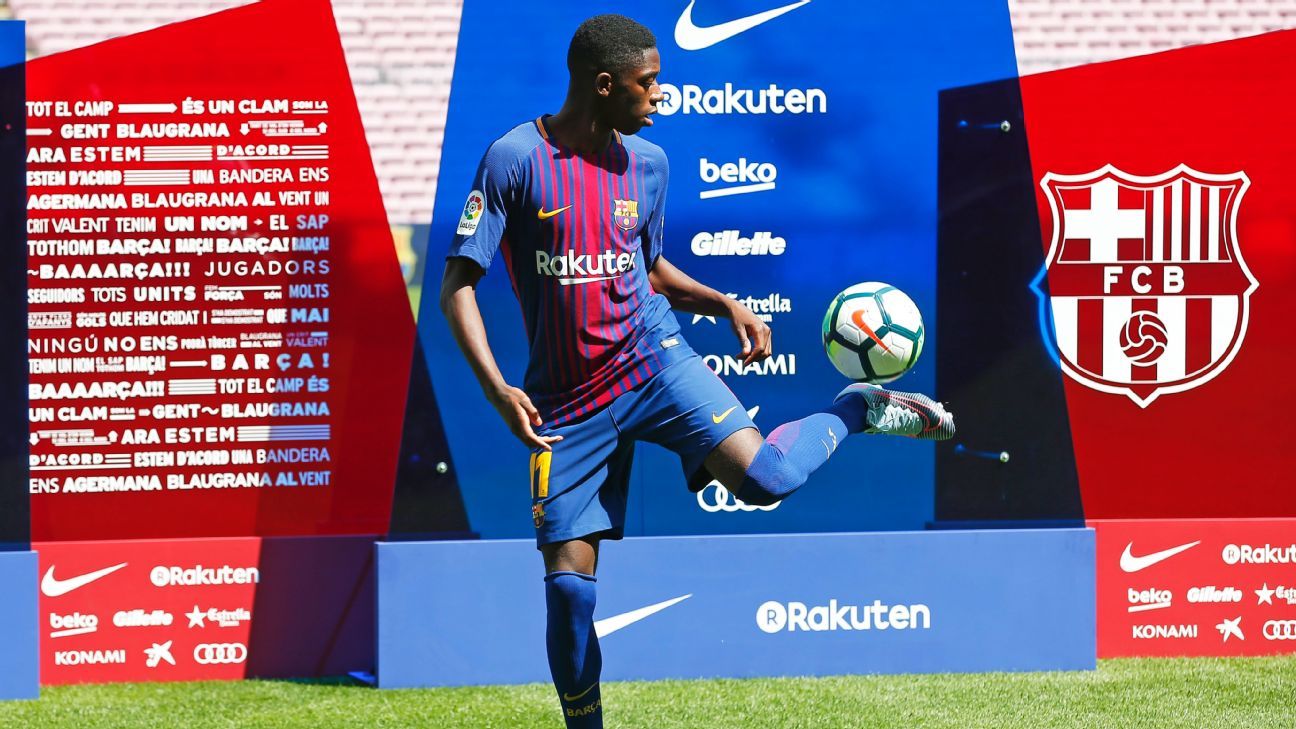 
Ousmane Dembele says he skipped Borussia Dortmund training to force through a move to Barcelona as he knew he would regret missing out on the chance to join the Catalan club.

Dembele was suspended and reportedly fined by Dortmund last month after missing training with the club in an attempt to force his switch to Barca.

The 20-year-old, who also returned to his native France to help speed up the transfer, eventually signed for Barca for an initial €105 million, and he says he is glad he did what he did in order to secure the move.

“I was relaxed. It was a question of negotiation between Barca and Borussia,” Dembele told Sport. “I knew I had to have patience.

“I decided to stop going training. I didn’t want to go. I looked for an excuse not to go.

“If it didn’t work out and I hadn’t done my part to get the move to Barca, now I would be lamenting the fact I wasn’t here.”

Barcelona were interested in signing Dembele last summer, but the forward opted to leave Rennes for Borussia Dortmund — a move he feels was right for him at that stage of his career.

“I wanted to learn, play Champions League games, know what that competition was, to play a whole season with a big team, playing regularly, developing,” he said.

“[At Barca] I would have learned a lot in training but it would have halted my progression. Luckily Barcelona have come back for a second time and this time I could not let the train pass.”

Dembele says he started supporting Barcelona at the age of eight and it was during a Champions League game against Arsenal in 2010 that he was first really made aware of the brilliance of Lionel Messi.

“Barcelona had not done great in the first leg but in the second leg they produced a brilliant performance, with four goals from Messi — that’s when I realised Messi’s not from this world. It was incredible,” Dembele said. “Messi always plays at a sublime level. He’s the best player in history.”