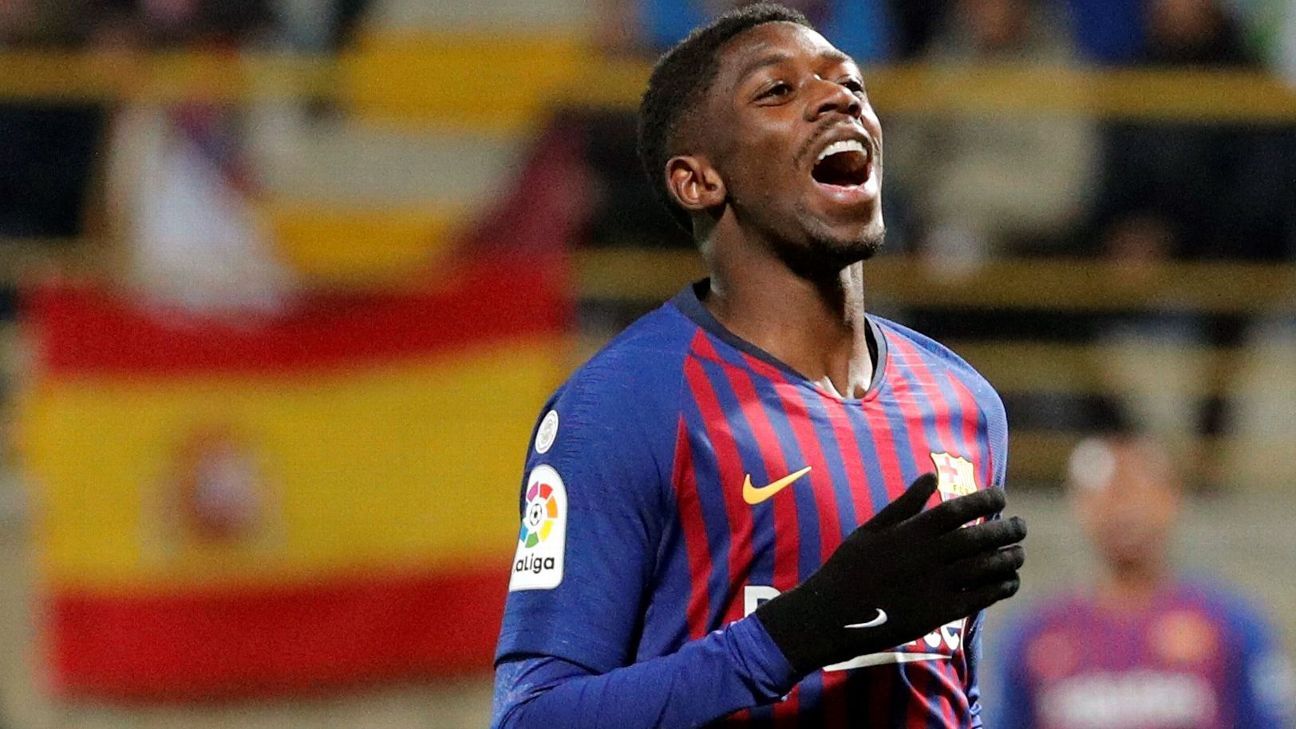 
Barcelona’s Gerard Pique has defended Ousmane Dembele at the end of another difficult week for the France forward, saying all players make mistakes when they are young.

Sources have told ESPN FC that the club are concerned over elements of Dembele’s lifestyle and he was left out of the squad for Sunday’s 4-3 defeat to Real Betis after missing training earlier in the week.

Barca said Dembele missed Thursday’s session with an illness but local media reports said they had been unable to locate him for an hour and a half before finally establishing that he was at home with a stomach bug, and Pique said his exclusion by manager Ernesto Valverde should serve as a lesson.

“It’s the coach’s decision [not to call him up],” Pique said. “He has a lot of talent and a lot of room to improve. If the coach doesn’t call him up, it’s to help him improve. We’re all here to help him. We’ve all been young like him, we’ve all made mistakes like him.

“From experience, you have to teach [the young players] that football lasts for all 24 hours of the day — you have to live it from the first minute until the last. I am sure he knows that and that he will keep improving with time.”

Barca director Guillermo Amor said to make it at Camp Nou, you have to go the extra mile.

“All the professionals at the club always have to keep moving forward,” Amor said. “They have to live the profession and work hard every day to play. At Barcelona, you have to prove yourself every day — in games and in training.

“It takes a lot to play for Barcelona, a lot. There are a lot of good players. You have to play where you’re told, the minutes you’re given and when you’re not playing you have to be patient and wait for your chance. You have to be ready when it comes.”

Dembele started the season well, scoring five goals in his first six appearances, but has not started a league game since Sept. 29 since being replaced in the side by Arthur Melo.

He did score in last weekend’s comeback win over Rayo Vallecano as a substitute and started against Inter in the Champions League in midweek before missing training on Thursday.

Sources have told ESPN FC that Barca still have no plans to sell him — despite reported interest from several Premier League sides — and hope that as he gets older he will become more aware of what’s needed to make it at one of Europe’s biggest clubs.