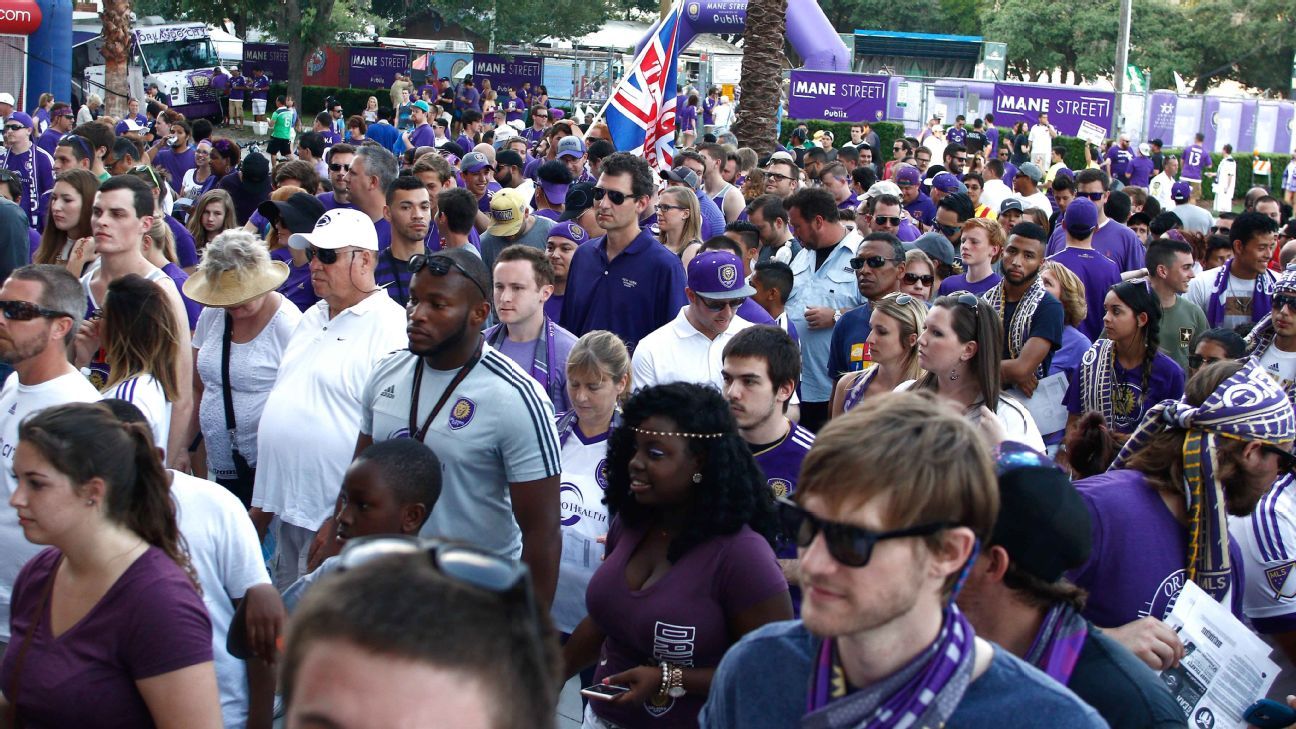 
A pair of Orlando City supporters groups have been suspended from attending the next four away matches against Atlanta United.

The suspension of the two groups, Iron Lion Firm and The Ruckus, is in response to complaints about the behavior of OCSC fans at the July 29 match against Atlanta at Bobby Dodd Stadium, a club spokesperson told the Orlando Sentinel.

According to the Atlanta Journal-Constitution, three men were arrested for damaging metal bleachers at the venue.

The Sentinel said that the sanctions imposed mean that the two groups will not receive any of the privileges normally afforded supporters groups of the away team, including dedicated seating, special ticket pricing and escorts in and out of the stadium. Flags, banners, and drums will also not be allowed under the sanction.

Members of those supporter groups can still buy tickets and attend the match on their own, however.

MLS has imposed sanctions on other supporters groups this season. Back in June, the supporters groups for the Houston Dynamo saw their allocation of tickets for future games at FC Dallas’ home venue, Toyota Stadium, reduced from 300 to 100.

This was in response to members of the Dynamo supporters groups, El Battalion, having lit two smoke bombs and one flare outside of the stadium on May 28.

In addition, the Dynamo fan groups have been prohibited from bringing in “flags, banners, instruments or any other implements used to display their support of the team.”