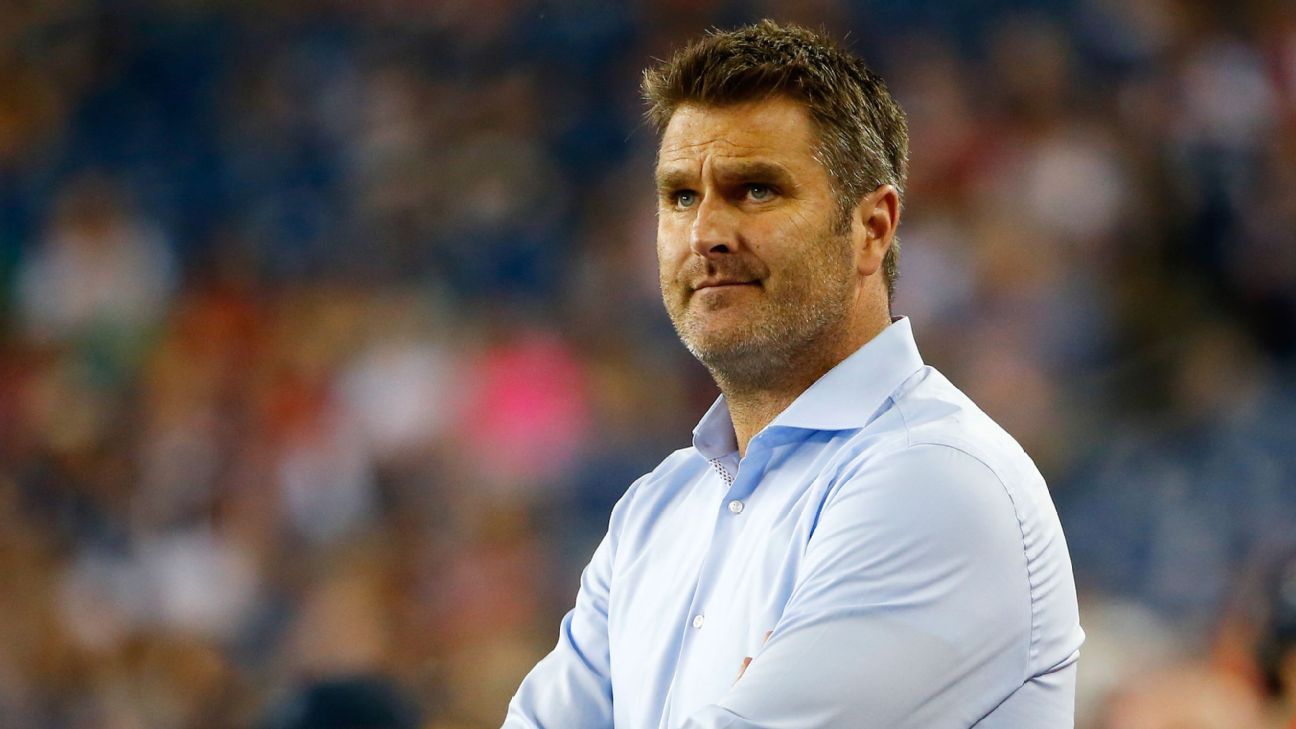 
After the news broke, the only surprise was the timing of it. Following half a season of indifference and a curdling atmosphere at home games, Curt Onalfo was out as LA Galaxy coach. Sigi Schmid was in.

Schmid, the winningest coach in MLS history, has been waiting in California for his next call since being sacked a year and a day ago by Seattle — and on Thursday morning, it came.

You can only imagine how Onalfo must have felt knowing Schmid was nearby and available while his team struggled to gain traction. In truth, however, he was not only dealing with the local availability of an iconic coach, but also with the shadow cast by the previous one.

In replacing Bruce Arena, Onalfo was regarded as the man who combined head coaching experience with a knowledge of the Galaxy’s formidable youth system. He would trim away some of the excesses and team imbalances of the first designated player era, delivering a systems-orientated team rather than one driven by individual nous. Onalfo would dispel the illusion of the Galaxy as one-man club shrouded by Arena’s ego.

It made sense on paper. By the end of his Galaxy tenure, Arena developed a reputation for being reluctant to play kids. Paul Arriola left the team in pursuit of regular football when the path to the Galaxy first team seemed blocked, and he was far from the only one. The introduction of LA Galaxy II mitigated that effect somewhat, but the Galaxy team Arena put out in his final season was almost parodically skewed toward players with brand recognition and — as it turned out — little chemistry.

The logic hasn’t departed entirely with Onalfo. Southern California constitutes the nation’s catchment area for year-round training conditions and technical expertise, making it a perennially fertile region for player development. Onalfo was appointed manager precisely because of his firsthand knowledge of this valuable resource; now was the right time to lean on it. The success of the FC Dallas and New York Red Bulls’ youth policies pointed to an obvious strategy for the Galaxy to follow, and with LAFC about to come on the scene, the Galaxy appeared to be fighting for technical know-how rather than star power.

LAFC is about to make a distracting splash in the LA market, making its first waves on Tuesday by appointing Bob Bradley as manager. In response, the Galaxy — like the Red Bulls before them — have opted to use the moment to emphasize their own history and local roots; the flash of the Beckham era has gone, runs the logic, but the quality distilled from that experience remains.

And yes, that claim accounts for the imminent signing of Jonathan dos Santos. He’ll help the team, and Schmid will be glad to have him — just as he might have been glad to work with Nicolas Lodeiro in Seattle — but this is a solid (rather than spectacular) signing.

While Schmid might have been the most high-profile out-of-work MLS coach out there, he also represents a proven archive of work. Similar to Arena replacing Jurgen Klinsmann as national team coach, he symbolizes a known quantity, or at least the classic sentiment of “We don’t know how far he can take us, but we know he’ll take us at least this far.”

On the back of the U.S.’s Gold Cup win, these past 24 hours have delivered an unlikely renaissance for the two men. A little more than a year ago, a graphic was circulated depicting the duo’s influence on MLS. The chart tracked the players and assistants who’d gone on to influence the story of the league in the shadow of its two most successful coaches. ESPN FC ran a story examining the pair’s effect on the landscape.

But with both coaches struggling at the time, there was a valedictory feel to the tributes — a sense that their moment was passing. A few days later, Schmid was gone from Seattle, and Arena’s seemingly tired side continued to labor rather than dominate in their campaign.

Nobody would have predicted that a year later, Arena and Schmid would get a chance to read their own premature sporting obituaries and smile. Neither man is done just yet.