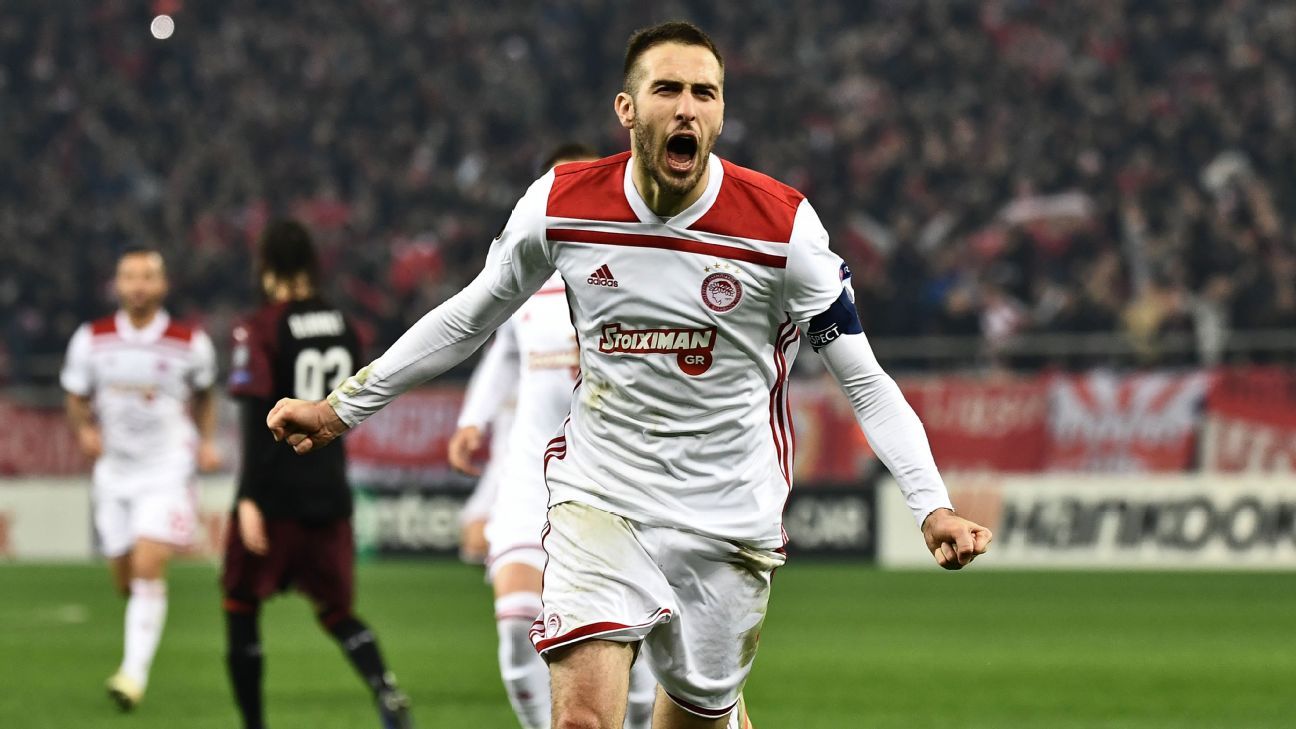 Olympiakos pulled off a stunning 3-1 Europa League win over AC Milan that put them into the round of 32 and sent the Italians crashing out as the remaining places in the knockout stage were decided on Thursday.

The loss marked the first time AC Milan were eliminated at the first group stage of a European competition since 2000-01.

All the goals in Greece came in a thrilling second half, with Milan defender Cristian Zapata scoring an own goal to make it 2-0 to Olympiakos in the 70th minute, before he pulled one back for his side two minutes later.

Yet Milan’s defensive frailty was punished when Konstantinos Fortounis scored from the penalty spot in the 81st minute to give his side the win that left them second in Group F on 10 points.

They edged out the seven-times European champions on goal difference and progressed along with group winners Real Betis.