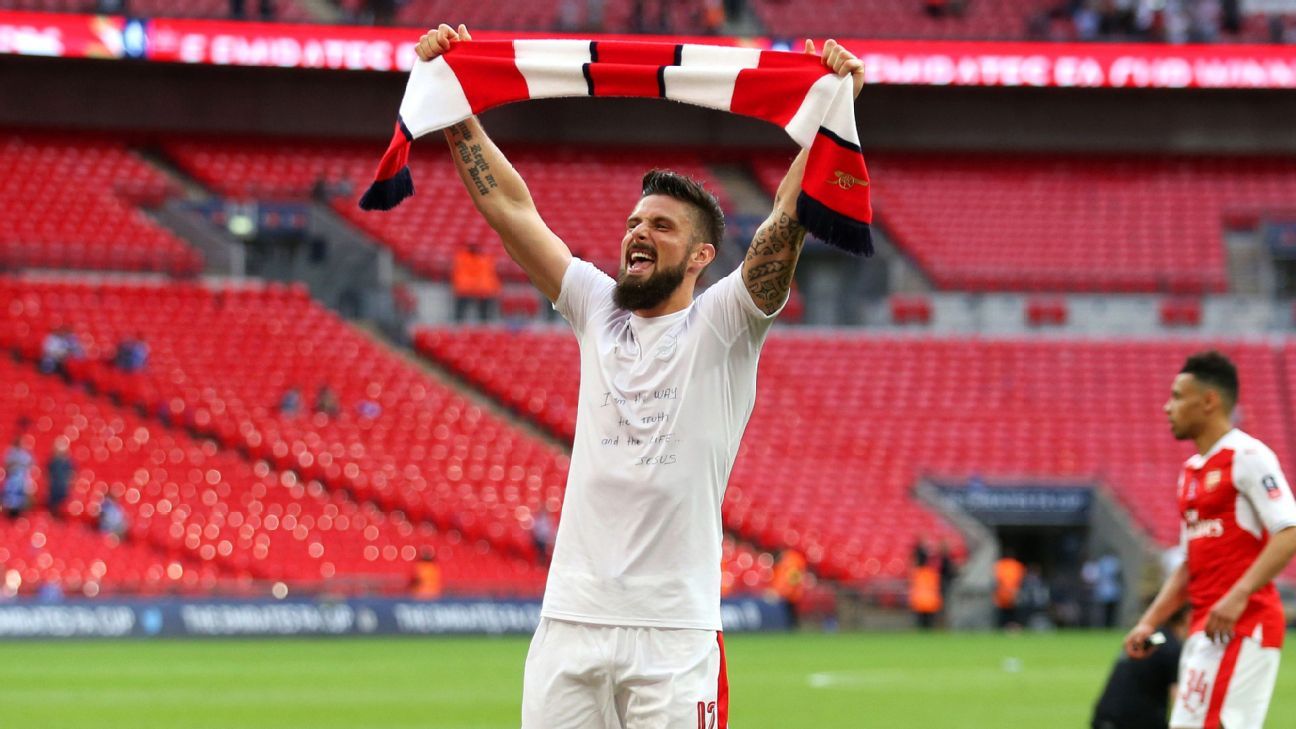 
Of all the things to get energised about in football, whether or not a player celebrated a goal scored by a teammate in a preseason friendly with sufficient gusto does not come anywhere near the top of the list. Especially when said player did actually celebrate the goal, just not at the moment the ball found the net.

Nevertheless, that was the reaction in some quarters to Olivier Giroud’s response to Alexandre Lacazette’s first goal for the club in the 2-0 friendly win over Sydney FC. But then Arsenal’s signing of Lacazette this summer was not just a standard squad enhancement. It also started its own little psychodrama, which could be resolved with the possible departure of Giroud. If so, it would be a loss to Arsenal.

Giroud and Lacazette’s international rivalry has been dragged into the club arena and students of body language have had a festival following Arsenal’s arrival in Australia, even divining insight from the slightly cross expression and folded arms Giroud displayed when standing alongside his countryman on the steps of Arsenal’s tour plane for a photo opportunity.

There was yet more material in the first match of preseason when, in a moment laden with potential symbolism, both men made runs into the box as Alex Iwobi advanced from the right, but when the ball was cut back, it was Lacazette in space to finish for his first goal in Arsenal colours and Giroud, towards the back spot, who was left a spare part.

The fact Giroud looked like he had just realised he had locked himself out of his car on a rainy day was seized upon by many on social media. He joined in the group hug afterwards, but for some it was evidence that the striker is already fed up following the club-record signing of the player who can’t get in the France team ahead of him.

Giroud was right not to get too excited: This was a pre-season friendly. And you didn’t need to try and read anything into his body language to work out that Lacazette’s arrival has unsettled him to a degree. Confirmation of that came when he spoke to Sky Sports after arriving in Australia, saying: “At the moment, I’m still an Arsenal player, so I’ll try to be professional like always.” It didn’t exactly paint a picture of a man convinced he will be staying.

To lose Giroud would be a mistake, though. The quality of the teams linked with him is instructive — Borussia Dortmund, AC Milan and Everton — but of more importance is the role he played last season. Giroud may have spent much of the season on the bench, with Alexis Sanchez starting in the middle and Danny Welbeck then returning from injury, but in all competitions he contributed 16 goals, many of which were important contributions at important moments.

After five years as an Arsenal player, he had finally found his perfect role: that of a valuable squad player and impact substitute without having the responsibility of carrying the attack. Even with this summer’s addition of Lacazette, a signing that in theory pushes him further down the pecking order, there is a big role for Giroud to play next season, especially with the Europa League to consider.

Giroud picked up a handy habit of scoring late goals after coming off the bench in 2016-17. A run of such goals in the winter highlighted his amazing numbers up front, which put him at the forefront of all Premier League strikers. There is little doubt that when Arsenal are chasing a late equaliser or winner, Giroud would still be the first player Arsene Wenger turns to next season, if he does have him at his disposal and alongside him on the bench.

Lacazette presents more of a direct, pacy threat but Giroud’s link-up play is also well advanced, and there is a reason Didier Deschamps uses him as a foil for Antoine Griezmann. He is not a top-level striker and a guaranteed starter, but he remains a very useful option.

Giroud’s future will likely come down to his own personal choice. Lucas Perez and Theo Walcott could both be disposed of before Arsenal need to consider losing the Frenchman, but if Giroud is determined to pursue a move elsewhere after seeing Lacazette arrive, then it may be in Arsenal’s best interests to let him leave. They won’t want an unhappy player on their hands. Either way, his celebrations, or lack of them, won’t be the factor that reveals his fate.