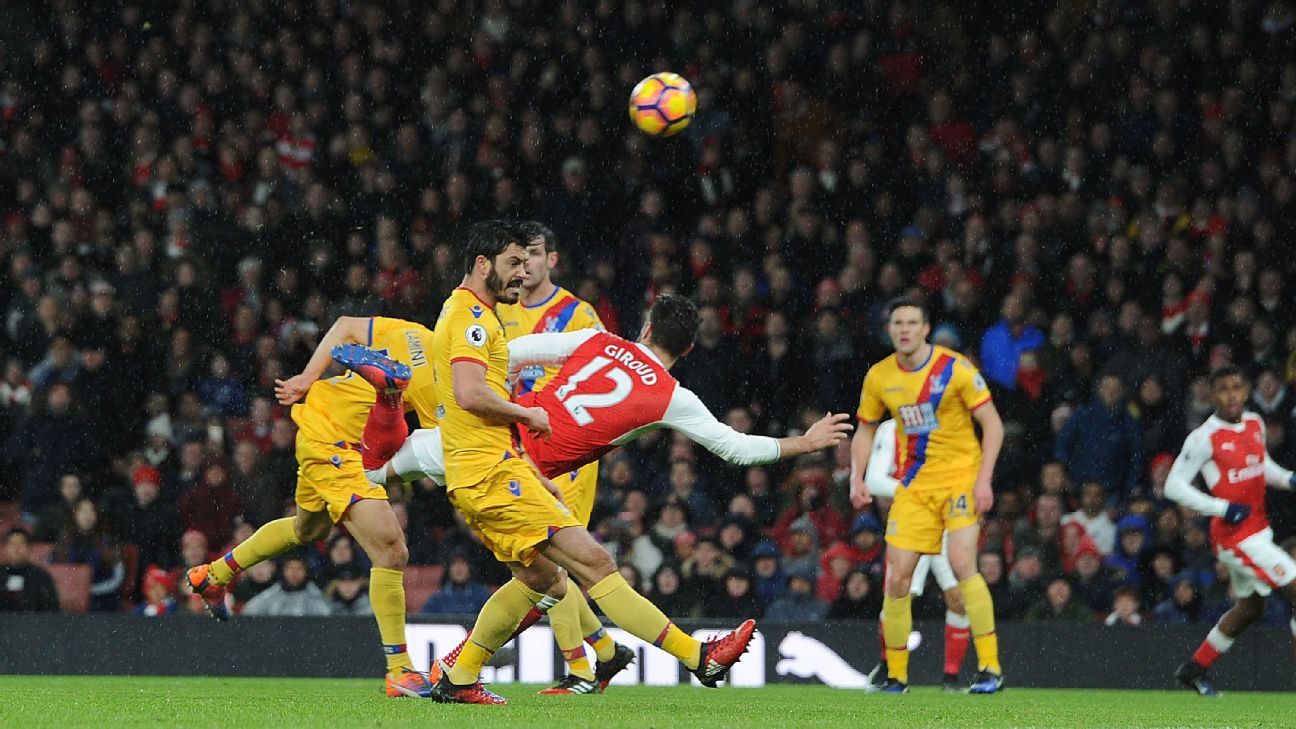 
Arsenal striker Olivier Giroud is one of three players through to the final stage of FIFA’s Puskas Award for “the most beautiful goal of the season.”

Giroud scored a spectacular scorpion kick against Crystal Palace in a 2-0 win at the Emirates last season, with his finish — which he called the best he had ever scored — widely acclaimed.

He is joined on the list by Deyna Castellanos, who struck a 94th-minute winner from the centre circle for Venezuela in the Under-17 Women’s World Cup last October, and goalkeeper Oscarine Masuluke.

Public voting on the Puskas award winner, carried out through the official FIFA website, will close on Oct. 23.

The winner, along with those victorious in other categories of The Best FIFA Football Awards, will be announced at a ceremony in London that evening.

Castellanos, 18, is also up for the Best FIFA Women’s Player award despite still playing as an amateur at Florida State University.