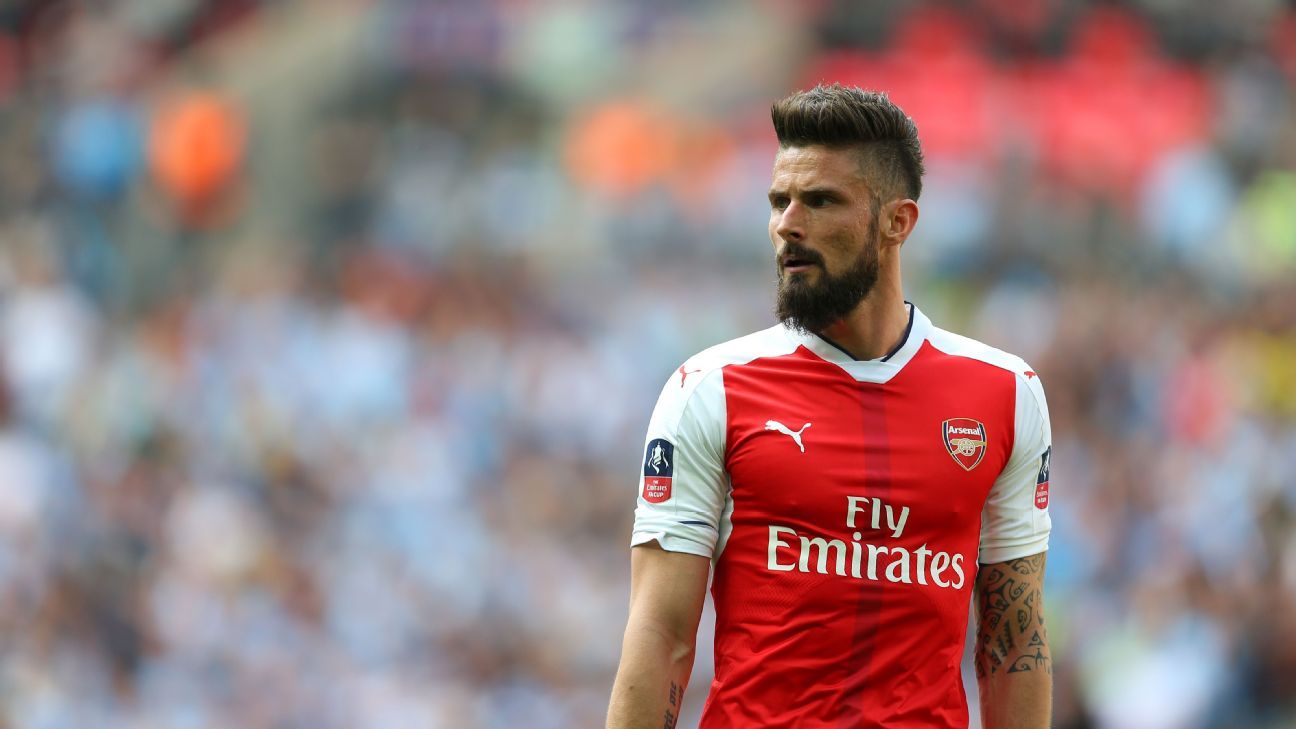 
Olivier Giroud has dismissed speculation linking him with a move away from Arsenal and targeted winning the Premier League title with the club.

Giroud, 30, found his playing time reduced this past season as many of his 40 appearances for Arsenal came as a substitute — including a late cameo in the 2-1 FA Cup final victory over Chelsea last week.

But the former Montpellier striker, who has been linked with a move to Marseille, told Telefoot he is not interested in a return to Ligue 1 at this time.

“I am not insensitive to the approaches of the French clubs and especially that of Marseille,” the France international said.

“But my future is in the Premier League. I still have titles to win. After the FA Cup, we will go for the league title. That’s my goal.”

Giroud’s comments come after he said last month that he will “most probably” remain at Arsenal for next season.

Giroud was often overlooked this past campaign as Arsene Wenger preferred to play Alexis Sanchez in a central role before Danny Welbeck then returned to fitness to play up front, though Sanchez continues to be linked with a move away this summer.

Wenger ended speculation about his own future earlier this week by signing a new two-year contract to remain in charge at the Emirates Stadium.