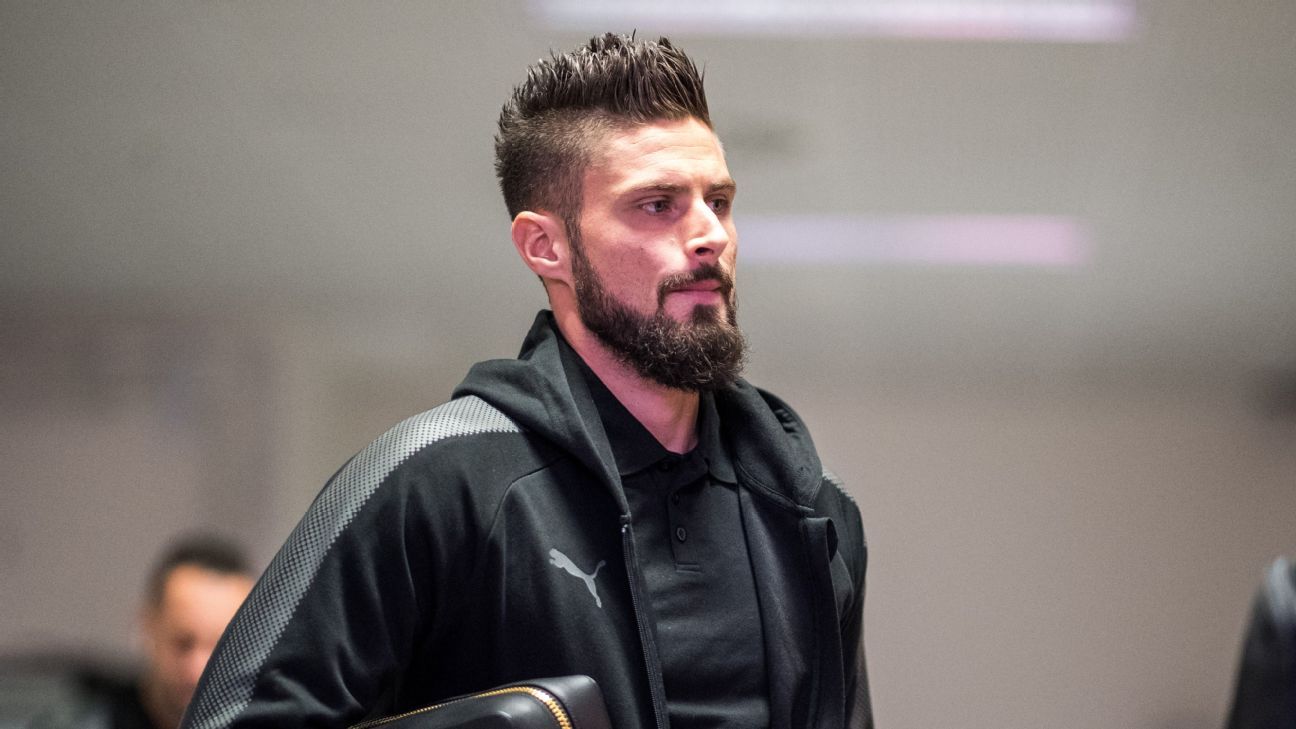 
France striker Olivier Giroud believes that it is “impossible to be openly homosexual in football” and that the idea that the sport is a long way from accepting openly gay players is an “understatement.”

Speaking with Le Figaro in French, the 32-year-old recalled the “emotional” time when former Germany international Thomas Hitzlsperger came out back in early 2014 — still the highest-profile former footballer to date. The Chelsea forward also pointed to his various gestures with former clubs Arsenal and Montpellier in support of the gay community.

“When I saw Thomas Hitzlsperger come out back in 2014 [post-retirement], it was very emotional,” he said. “It was at this time that I thought that it is impossible to be openly homosexual in football.”

“In the dressing room, there is a lot of testosterone, teasing and collective showers. It is delicate but that is how it is. I can understand the pain and the difficulty for guys in coming out — it is a real challenge and it takes years of work on yourself.

“When I joined Montpellier, I got involved in the fight for tolerance and was on the cover of [French gay magazine] Tetu. At Arsenal, when asked, I wore rainbow laces in support of the gay community.”

Premier League and EFL clubs will again show their support for Stonewall’s Rainbow Laces campaign at the end of this month, with players wearing the laces and clubs using rainbow colours on corner flags and captain’s armbands. Premier League clubs will do so for two rounds of games from Nov. 30, while EFL clubs will select a game between Nov. 24 and Dec. 1.

“To say that there is still a lot of work to be done in the football world on this topic is an understatement. It’s the least one could say,” Giroud said.

In the all-encompassing interview, Giroud also spoke in detail about his struggles on the pitch and specifically recalled his lowest point as a player for France.

Giroud has scored 32 goals in 85 appearances for France and was part of the World Cup-winning squad but he also recalled his lowest point as a player — being heckled by fans at a 3-2 friendly win over Cameroon just before Euro 2016 on home soil.

“I have never thought about giving everything up because I am not one for quitting,” he said. “However, it was more of a headache for me before Euro 2016 when I was whistled and jeered against Cameroon — despite scoring.

“I was very annoyed. L’Equipe went with the headline ‘the unloved’ the next day and I was teased by my teammates as they sang the Claude Francois song to me.

“All of the attention was on me and we know why,” said Giroud, inferring that his call-up was linked to Karim Benzema’s absence following the Mathieu Valbuena blackmail scandal.  “But I did my job and scored on the pitch — it felt unjust.”

Giroud is part of the French squad that will take on Netherlands in Group 1 of UEFA’s Nations League in Rotterdam on Friday before a friendly against Uruguay at Stade de France next Tuesday to close an immensely successful 2018 in style.

With Barca and Madrid in crisis, Clasico takes back seat to Champions League ties vs. Ukrainian opposition
Man United’s Bruno Fernandes says Ole Gunnar Solskjaer is backed by players
MLS Cup playoffs – Who’s in, who’s out and the matchups if the postseason began today
Paul Pogba’s, Bruno Fernandes’ comments piling pressure on Man United boss Ole Gunnar Solskjaer
Barcelona need Ansu Fati and he couldn’t be happier to be the new star to turn the club around