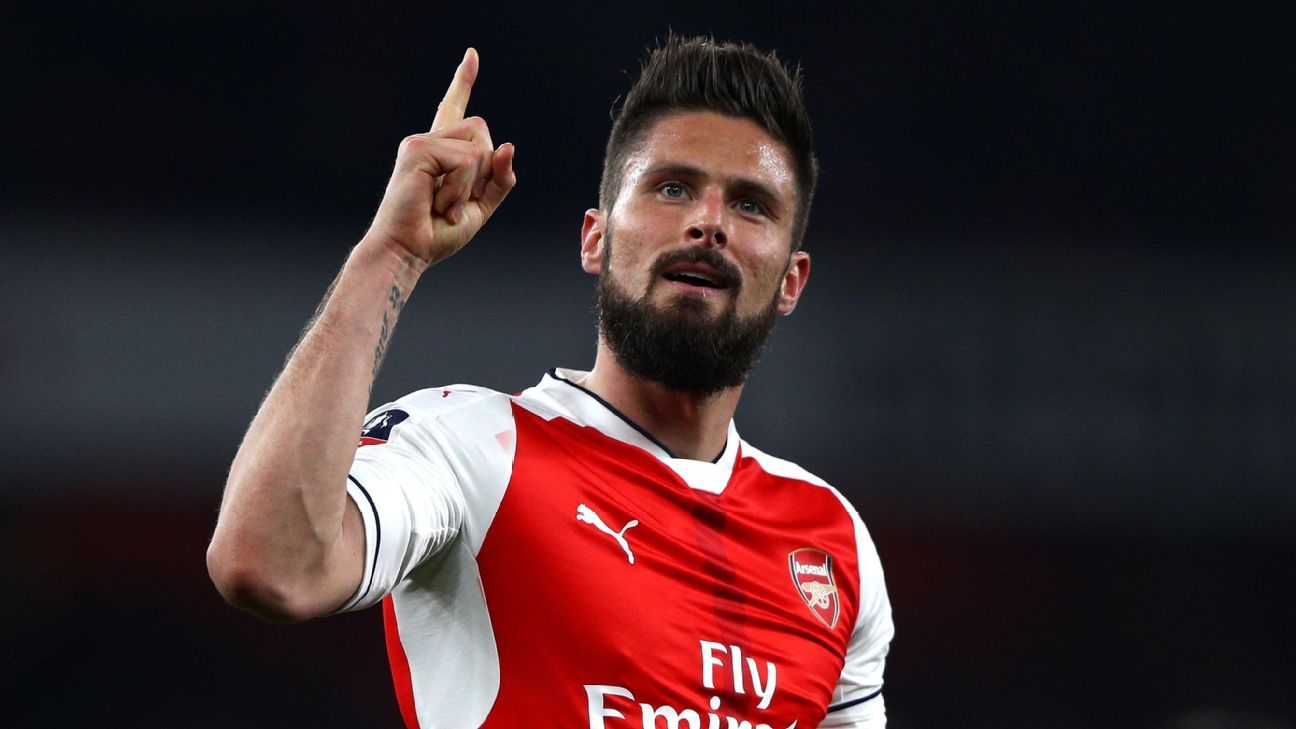 
Olivier Giroud’s career is at a crossroads, with his time at Arsenal coming to an end a real possibility during the summer transfer window.

The France international was once the Gunners’ undisputed No. 1 striker, but the club-record signing of Alexandre Lacazette and the continued presence of Alexis Sanchez point toward him spending more time on the bench next season if he stays.

Giroud, who turns 31 in September, has been linked with several clubs in the Premier League and further afield should he decide to move on after five years at the Emirates Stadium.

Here, ESPN FC’s correspondents and bloggers make their sales pitch as to why Giroud should choose the team they cover.

The grass isn’t always greener, so why leave a good thing? OK, you may have to come off the bench quite a bit with Alexandre Lacazette as the new starting striker, but last season showed that you can have a devastating impact as a substitute.

Any true Premier League title contender needs a super sub, and goals have more of an impact when they’re scored late in games anyway. Helping Arsenal win the league title, even in a more limited role, would be a better advert for making France’s World Cup squad than starring for a smaller club.

Besides, no other fan base sings the “Na-na-na-naaaa” from “Hey Jude” as well as Arsenal’s. — Mattias Karen

Forget about those telling you that you will never win the league at Borussia Dortmund. Bayern Munich have won more than enough titles, and it’s time for a change. You can make the difference and become a legend. If you don’t win the title, you’ll at least finish higher than fourth.

Be a Champions League regular once again, and profit from up-and-coming players like Christian Pulisic and your France teammate Ousmane Dembele. At Dortmund, you will have the time you of your life, and you might even play alongside a fit Marco Reus one day. — Stephan Uersfeld

An upwardly mobile and ambitious Everton would offer Giroud a chance for increased first-team football in a World Cup year. While facing competition from Sandro Ramirez and Wayne Rooney for a starting place, a move to Goodison Park offers the platform to improve upon his 11 league starts for Arsenal last season.

Ronald Koeman favoured a target man in his time at Southampton, and Giroud fits the bill should the Everton boss revert to this approach in the upcoming campaign.

With the anticipated arrival of Gylfi Sigurdsson, the Blues would possess the set-piece and crossing ability from which Giroud could thrive and position himself at the forefront of Didier Deschamps’ World Cup thinking. — Luke O’Farrell

What more could you want than the most passionate fans in France and one of the most spectacular stadiums in Europe. You must know that, if we’re successful, this is going to be a magnifique place to play.

No doubt you have seen what we have done to the team already. You and Dimitri Payet already link up happily for your country; wouldn’t you love to have that sort of five-star service with your club every week?

Most importantly, in Rudi Garcia, we have a top-class French coach who will actually make you his first-choice centre-forward. And hey, the weather will be so much better. — Ian Holyman

West Ham can offer nothing to Giroud apart from the opportunity to help a solid midtable club become something a bit bigger.

The move to Stratford has ratcheted the Hammers up a notch in terms of crowd capacity and aspiration, but matching the desire with solid signings is proving more difficult. Slaven Bilic is chasing big names but the fees for the very best are prohibitive, and West Ham have little to offer but past glories.

Giroud would be guaranteed a starting spot and some passionate support, but it’s unlikely to be enough unless the Frenchman is interested in helping chase a dream. — Peter Thorne