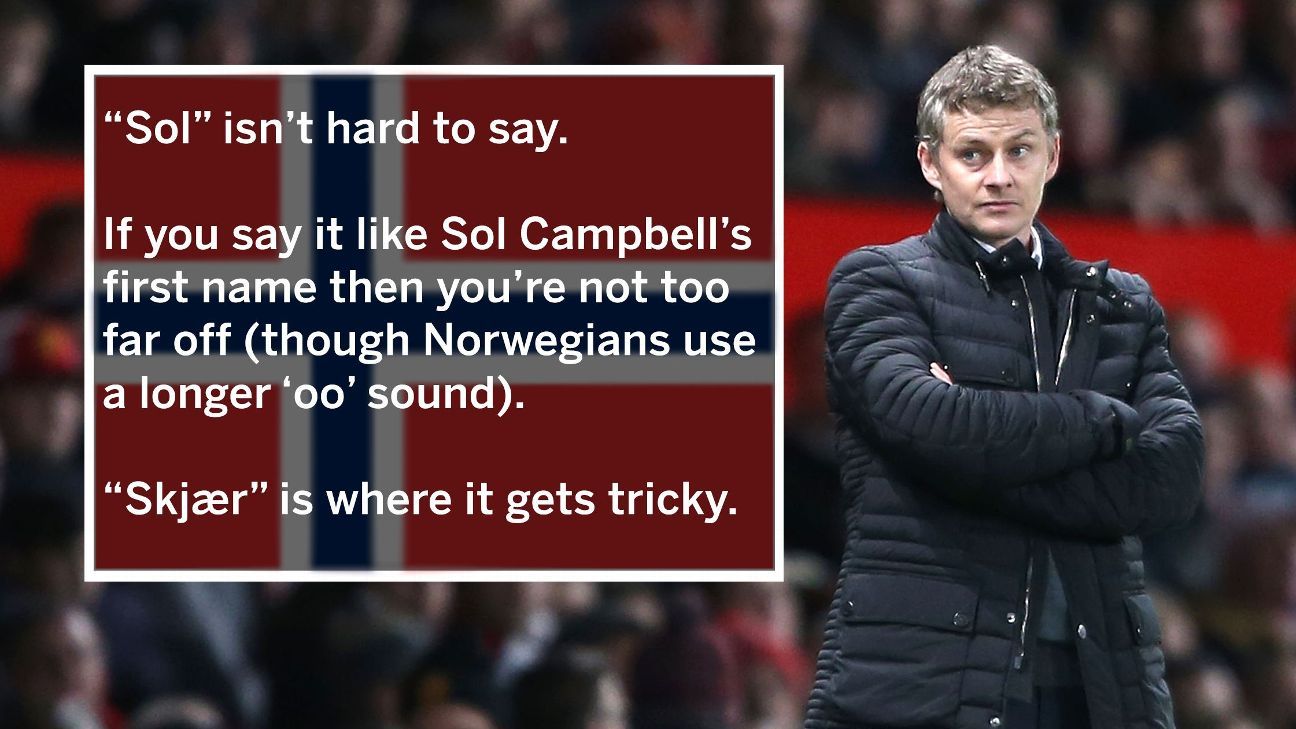 
Manchester United’s appointment of Ole Gunnar Solskjaer as interim manager raises some immediate questions about how the relatively inexperienced Norwegian will cope with being in charge of one of the world’s biggest clubs.

It also raises another, perhaps even more pressing, question: How exactly do you pronounce “Solskjaer”?

That’s an issue that football fans, pundits and commentators struggled with during the 11 years that the “Baby-Faced Assassin” was playing at Old Trafford, and it’s sure to trip up a few tongues over the next six months as well.

When he took over at Cardiff in 2014, Solskjaer offered the simple solution of just calling him “Ollie.”

But for those who want to master the last name as well, here’s a brief guide: Solskjaer can basically be divided into two syllables: “Sol” and “skjaer.”

The “Sol” part isn’t that difficult, and if you say it the way you would say Sol Campbell’s first name, you’re not too far off (though Norwegians use a longer ‘oo’ sound).

“Skjaer” is where it gets tricky for many. In Norwegian, the “skj” combination of letters is basically the same as the English “shh” sound. The “ae” comes from the Norwegian/Danish letter “æ,” which symbolises the vowel sound in words such as “chair” or “bare.”

If you just pronounce it like “chair” but with “sh” in front, you’ve got it. So: Sool-shair.

Perhaps it’s easier to listen to a Norwegian say it (courtesy of Forvo, “the largest pronunciation dictionary in the world” which provides “all the words in all the languages pronounced by native speakers,” it says here).

Now you know. But if still in doubt, then any variation of “the boss,” “gaffer” or “the guy keeping Mauricio Pochettino’s seat warm” are also acceptable.