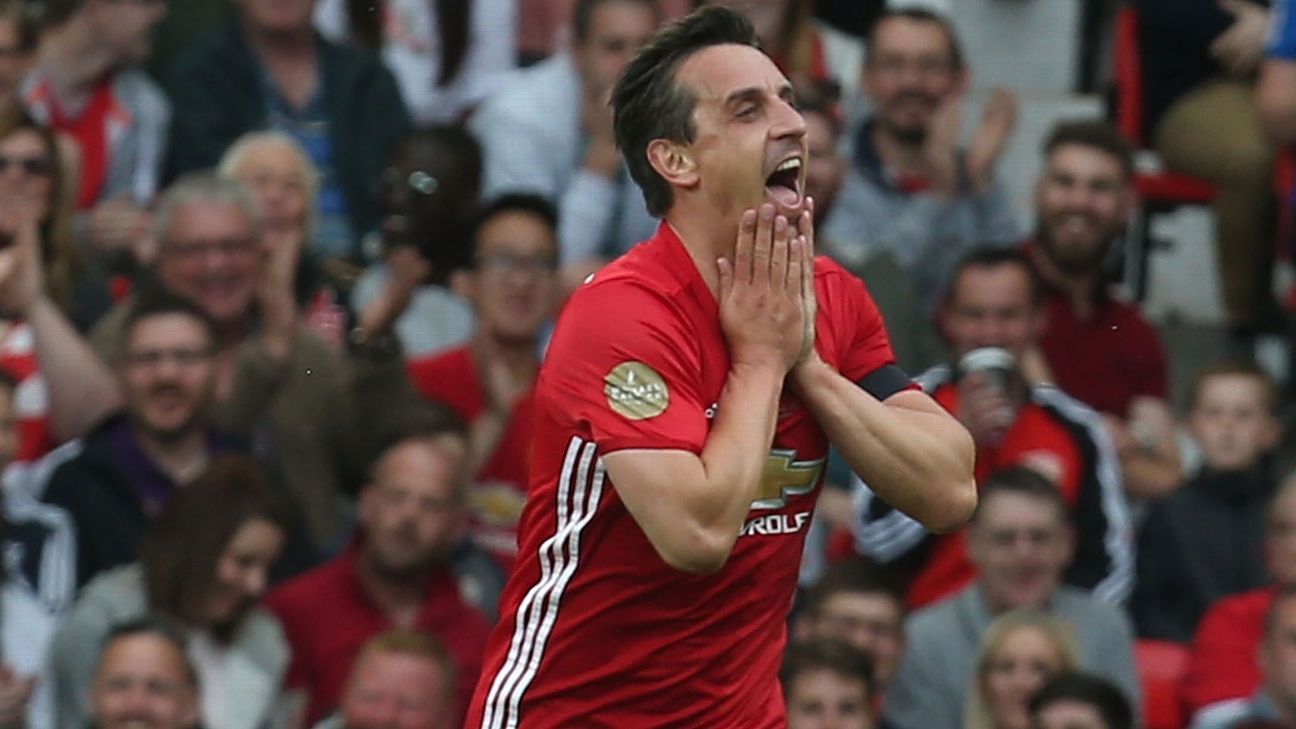 Michael Carrick had his Manchester United testimonial on Sunday which gave two of the Premier League’s biggest foes, Jamie Carragher and Gary Neville, the chance to go head-to-head one more time.

Carragher went into the match in high spirits, mostly as he was looking forward to the prospect of doing his old sparring partner a distinct physical discourtesy.

Here to support Carrick & his charity but more importantly to snap @GNev2 https://t.co/9QblNfzs7n

However, Carragher was forced to wait for his opportunity as Neville began the match on the bench before finally entering the fray as a half-time substitute.

Before Carra could land a blow on him, Neville was presented with a glorious chance to shut his nemesis up when a Patrice Evra cross dropped invitingly for him on the edge of the box.

Sadly, the resultant volley was every inch as powerful and accurate as you’d imagine from a long-retired defender who scored just seven goals in 600-plus games for United.

Out for a throw-in. The shame of it.

And then, just minutes later, came the moment Carragher (and just about everybody else) had been waiting for.

Noticing his prey was struggling out on the touchline, the ex-Liverpool centre-back went flying in on Neville — much to the delight of the Old Trafford crowd, who cheered and then booed in unison.

The afternoon gets worse for @GNev2 as @Carra23 takes him out! pic.twitter.com/xc4BZFOTXm

Listening to Carragher’s slow-motion video analysis of that particular challenge is certainly going to be interesting as and when the time comes.

Respect to @carras16 on a fantastic career that’s not yet over. Well deserved testimonial & thanks for giving me the chance to t**t @GNev2 pic.twitter.com/ilqq6YULvw

So, a vast amount of money was raised for the newly-founded Michael Carrick Foundation and Jamie Carragher got to nobble his good buddy Gary Neville in front of a huge audience on live television.

Everybody went home a winner.