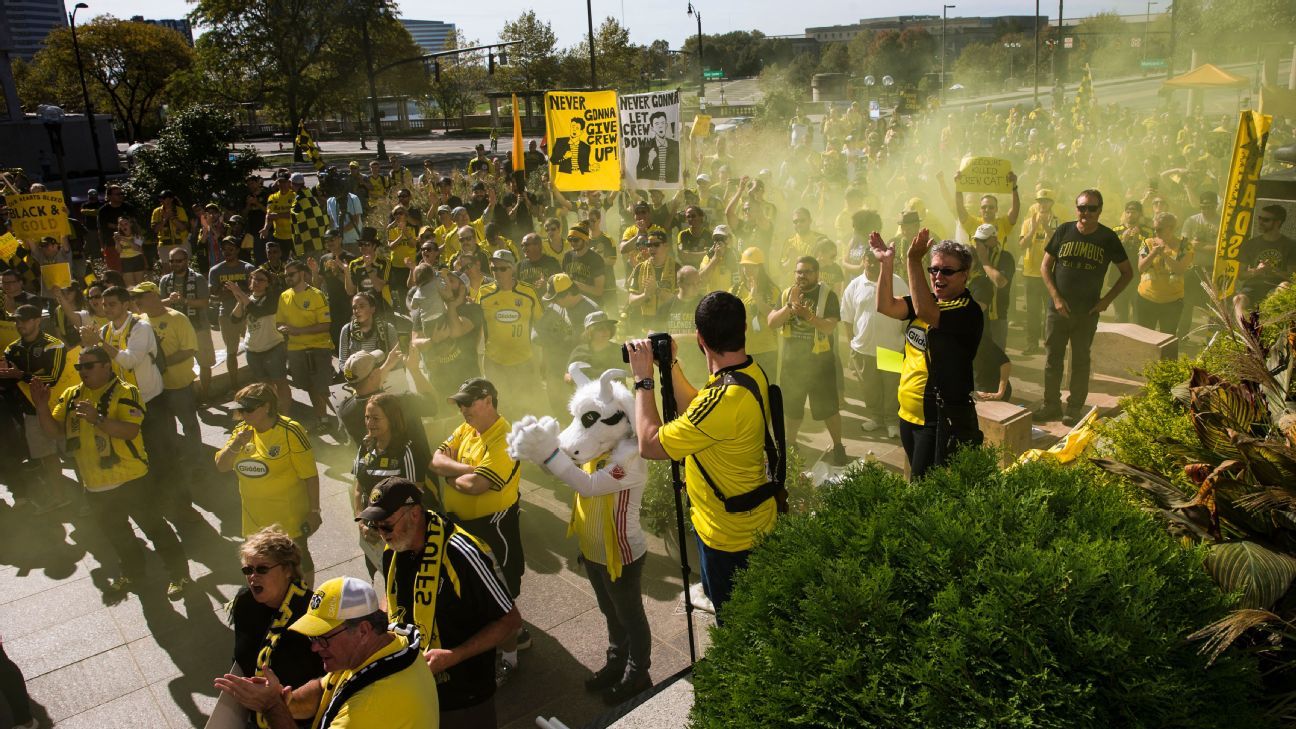 Club owner Anthony Precourt has cited an inability to increase revenue streams, with attendance ranking 20th out of 22 teams this season, and Kasich told reporters on Friday that the team hasn’t generated the same interest as other local sports teams in the state capital.

“The thing about the Crew that I think sometimes is missed in the business community here is the attraction of the Millennials,” he said, according to Columbus Business First. “Soccer is a game of the young, and I think, I don’t know if it’s because of Ohio State, if it’s because of the [NHL’s] Blue Jackets — I just don’t see the total enthusiasm. I mean, maybe you can’t be enthusiastic about everything.”

Despite Kasich’s skepticism, a grassroots push to keep the club in Columbus has gained momentum in recent weeks, with #SaveTheCrew signs taking over ESPN’s “College Gameday” football program on Saturday morning. A week earlier, hundreds of fans gathered in front of city hall.

Precourt wants Columbus to come up with a plan for a new downtown stadium, but Kasich said the team’s current home, which opened in 1999, was still sufficient.

“I happen to think that their… stadium is great,” Kasich said. “I guess they disagree with us, with me, it’s up to them. I’d love to see them stay, but you know, look, that’s probably a bidding war with another city and who knows what another city would offer?

“I’m not involved in the negotiations here, but I saw there’s going to be meetings. I’ll do what I can. But look, at the end of the day it just hasn’t created the spark that we would have loved to see here. And it is exciting, it’s a young people’s sport. We’ll see. Nothing’s over until it’s over.”

Meanwhile, a county judge in San Antonio has asked a criminal district attorney to investigate whether MLS broke the law in encouraging Bexar County to buy a local stadium in 2015 and bid for one of four expansion teams that the league plans to add.

Wolff said in a letter sent to MLS commissioner Don Garber on Friday that Abbott told him that the league would not put teams in both San Antonio and nearby Austin, but MLS did not make Bexar County aware of Precourt’s reported clause allowing him to move the Crew to Austin — and that would have changed the government’s plans.

“It has been widely reported that Mr. Precourt, whom you appointed to the Major League Soccer expansion selection committee, obtained a legal right to relocate the Columbus Crew to Austin when he purchased the franchise in 2013,” Wolff wrote.

“If these reports are accurate, this presents a clear conflict of interest. Had Bexar County officials been aware of such a right, we would not have invested in Toyota Field.”

MLS said in statement it was reviewing the letter, but noted: “We strongly disagree with Judge Wolff’s assertion that we misled either him or any public official about the prospects for San Antonio acquiring an MLS expansion team.”