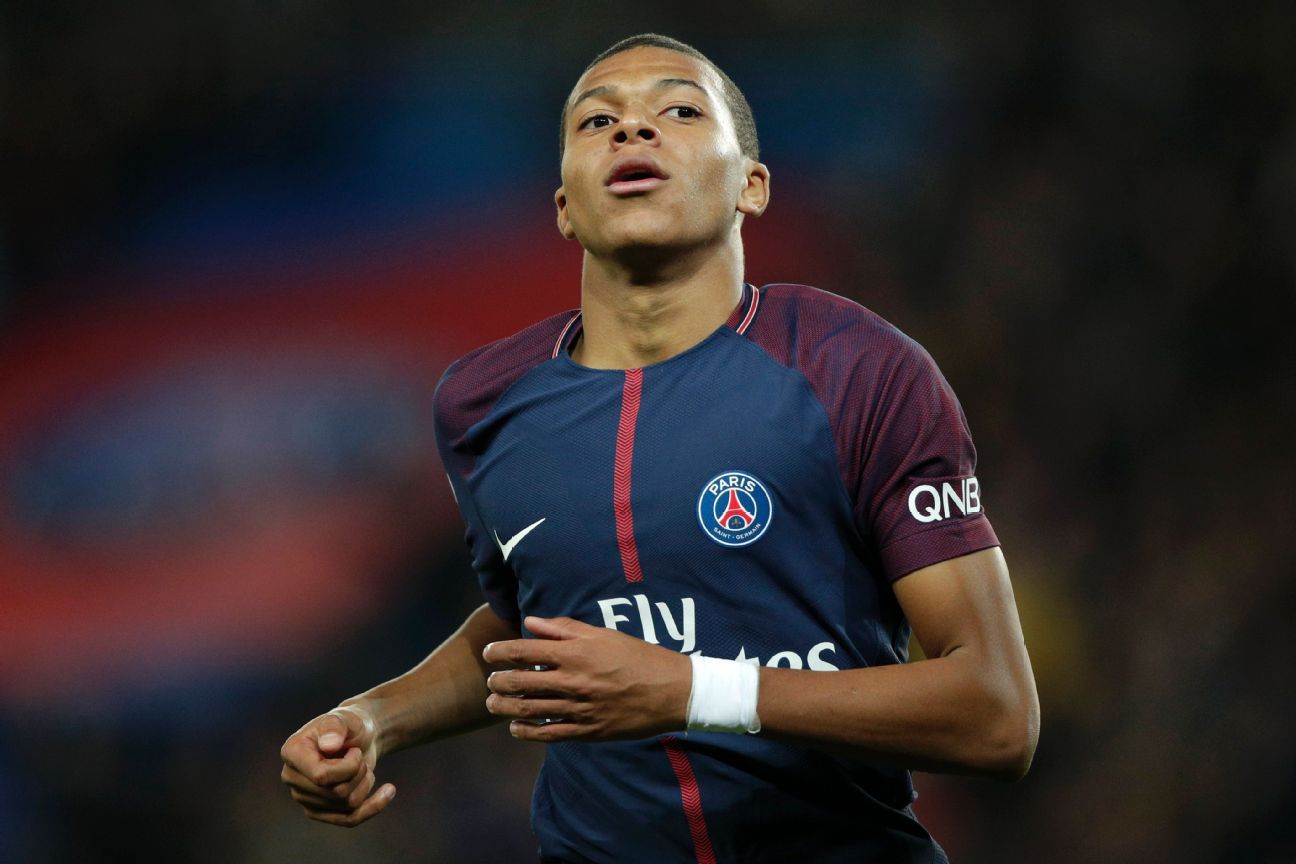 
PARIS — To say that Kylian Mbappe is not living up to expectations with Paris Saint-Germain just 10 matches into his time with his hometown club is unfair. More to the point, it is also ridiculously early. However, to say that the France international is not hitting the same high standards he set for himself when breaking through with AS Monaco last season is more accurate.

Four goals and five assists from 10 appearances across Ligue 1 and the UEFA Champions League, which is what Mbappe boasts right now, is not bad by any stretch of the imagination. But when you compare that with superstar teammate Neymar’s 10 goals and seven assists from 11 outings in all competitions, it’s clear that Mbappe has some way to go.

The Brazil international himself has come in for criticism by some for making a slow start at Parc des Princes but that is largely down the controversy created when he tried to usurp teammate Edinson Cavani as PSG’s main penalty taker mid-match against Olympique Lyonnais. Seven years Neymar’s junior, Mbappe deserves to be cut some slack: after all, it’s not as though he has turned into a bad player overnight. Besides, “bad” players don’t maintain a ratio of almost one goal every two games when they have been as wasteful in front of goal as Mbappe has been of late.

It’s the first real knock to the teenage sensation’s confidence since his meteoric rise to stardom and as PSG coach Unai Emery pointed out, it is “a new experience” for him and that he is learning “each and every day.”

“Kylian’s recent form? I have analysed his 10 matches with us so far and generally speaking, his performances were of a high quality,” said Emery of Mbappe during Monday’s pre-match press conference. “However, it is also true that some of his showings were less good than others.

“He has come here to develop and to help PSG to grow. Competition within the squad is good. I want displays to be collective in their nature. I am satisfied with the way things have gone with Kylian, so far. He is fine, both mentally and physically.

“I have spoken with him and it is a new experience for him — he reads all of the comments in the media. It is important to overcome these tough moments. You learn each and every day — even more so when you are still just 18. It is normal that he is going through a learning process.

“With his humility, he will grow much, much more. PSG will be champions in the future and he will be (a champion), too.”

It’s been suggested in France that Emery might opt to give Mbappe a breather against Anderlecht in the Champions League on Tuesday with PSG already looking good for top spot in Group B and with the Belgian giants expected to rest many of their regular starters. The Basque tactician didn’t deny the possibility of Mbappe starting out as a substitute against Anderlecht, but he insisted that he would be the first to tell the young France international if it happens.

“Like the others, he might start but he also might not,” Emery responded when asked about the mooted move. “The most important thing is that the players are respected and told first (if they are not going to start). The players will only discover this pre-match.”

Considering PSG’s current position — sitting pretty atop Group B with a trip to face Bayern Munich in December and currently four points clear of Monaco in Ligue 1 — rotating Mbappe here is not a bad idea. In fact, there are a couple of other members of Emery’s squad who could do with some rest, while some others deserve a few more starts. The former Sevilla boss could address that here, already knowing his team will almost certainly face a depleted opponent.

Taking the pressure off Mbappe from the start in Paris and bringing him on mid-match, possibly away at Angers SCO this weekend as well, is the sort of break he could use to get back to his explosive best. It could also stop him from uncharacteristically missing some of the chances he has been spurning of late.

“Kylian is fine,” said PSG and France teammate Adrien Rabiot pre-match. “What is going on in his mind, I do not know too much about that. However, these are big changes for him and he is still quite young. To me, Kylian is fine and I think he is doing well. If he has suffered a dip in form, surely it is something physical. He performed very well, very early on. He has joined a club where he gets greater exposure.

“Kylian is a star. It is difficult to cope with that at his age. However, he is handling it well. Our situations are different because I was educated here in the youth academy.”

Rabiot is right: his and Mbappe’s situations are different and his compatriot is also already a star despite his tender age. It is for that reason that expectations are so high and the former Monaco starlet has already been criticised for a slight and not severe dip in form. Admittedly, he did not help himself with his silly comments after PSG’s 2-2 draw at Marseille but that simply reflected a young player putting himself under a lot of pressure — most of it unnecessarily so.

At Mbappe’s age, there’s no shame in having one or two below-par showings and there is also no shame in starting one or two games as a substitute. Perhaps that is exactly what he needs to escape the pressure he is currently under from not only the media but also himself.