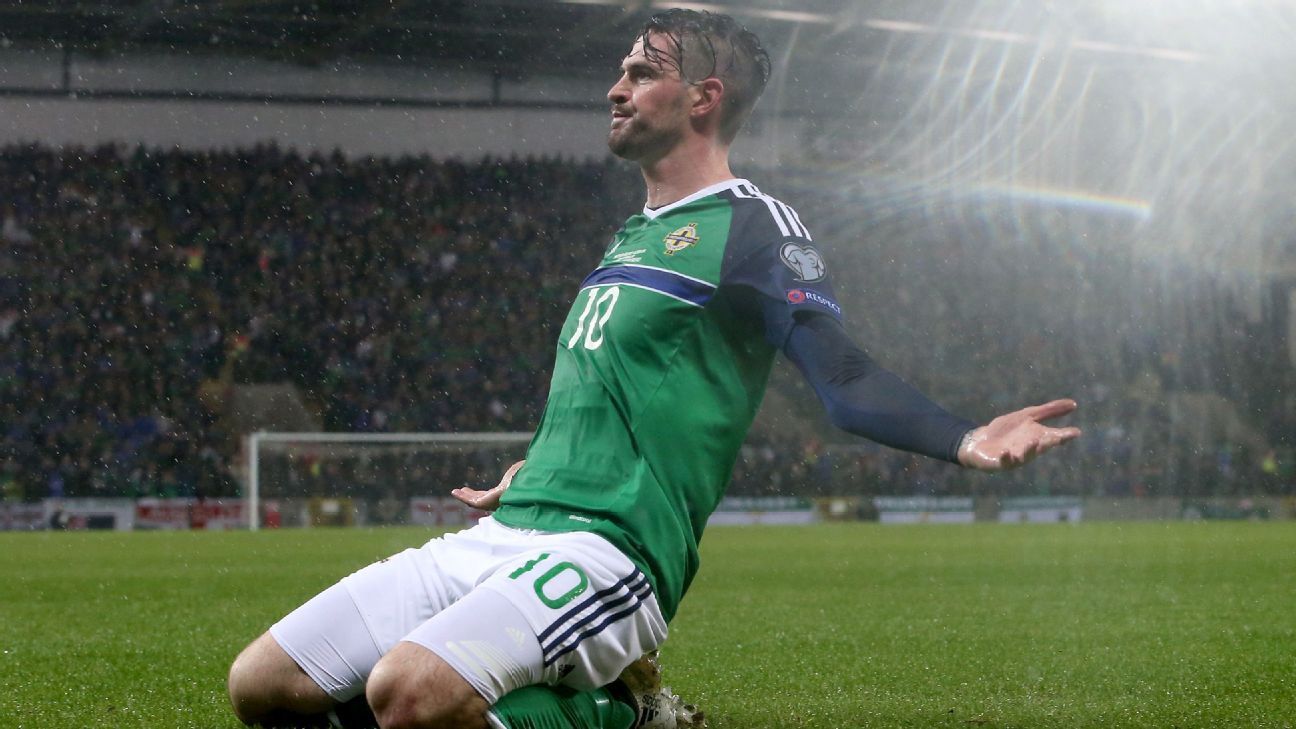 
Kyle Lafferty aims to use Hearts as a springboard to the World Cup after agreeing a deal to sign for the Edinburgh club.

The Northern Ireland international has signed a two-year contract subject to a medical.

The former Rangers striker was a free agent after leaving an unhappy spell at Norwich and he was eager to sign for Hearts after being told by head coach Ian Cathro that he would have a key role to play at Tynecastle.

The 29-year-old, who had spells with Swiss side Sion and Italian outfit Palermo after leaving Ibrox in 2012, told Hearts’ official website: “I just wanted to come to somewhere where I can play football. I’ve got an important year ahead of me.

“I’m hoping to make the World Cup with Northern Ireland, so it’s an important year and I’ve been told I’ll be a main focal point of the team, which over the past two or three years I’ve thrived on and I’ve produced the goods.”

Lafferty, who has scored 20 goals in 62 internationals, added: “It’s been a frustrating three or four days, to be honest, whether we were going to get it over the line or not, but finally we have and I’m absolutely delighted to be back in Scotland to play my football and most importantly to play for a massive team like Hearts.

“Coming here, knowing how passionate the fans are about their club and their football, it’s important that I was coming to a place where I know I’d get along with the supporters.

“Having spoken to Ian, the way he wants his team to play football and the way I play my football, I’m sure that we’ll click.”

Talks started last week and Hibernian tried to gazump their Edinburgh rivals but Hearts owner Ann Budge said: “From our first meeting there was a clear willingness and desire to make this deal happen on both sides.

“This is a real win-win for both parties and I am confident that Kyle will become a real fans’ favourite.”

The defender, who played in the 2014 World Cup, signed a three-year contract at Tynecastle in the summer of 2015, but after making 25 appearances in his first campaign did not feature at all in the first team last season.

The club announced the 26-year-old had left by mutual consent.

Hearts have also struck an agreement that will see their two opening Ladbrokes Premiership home matches played at Motherwell and Kilmarnock instead as work continues on their new £12million main stand.

Hearts will now travel to Rugby Park on August 12 and Fir Park two weeks later. Kilmarnock will instead visit the new-look Tynecastle on November 4 and Motherwell on December 9.

The arrangement means Hearts will play their first four league games away from home — they also take on Celtic and Rangers — before they host Aberdeen on September 9 in the first game in front of the new structure. Cathro’s side will play seven out of eight league matches at home from late October until mid-December.