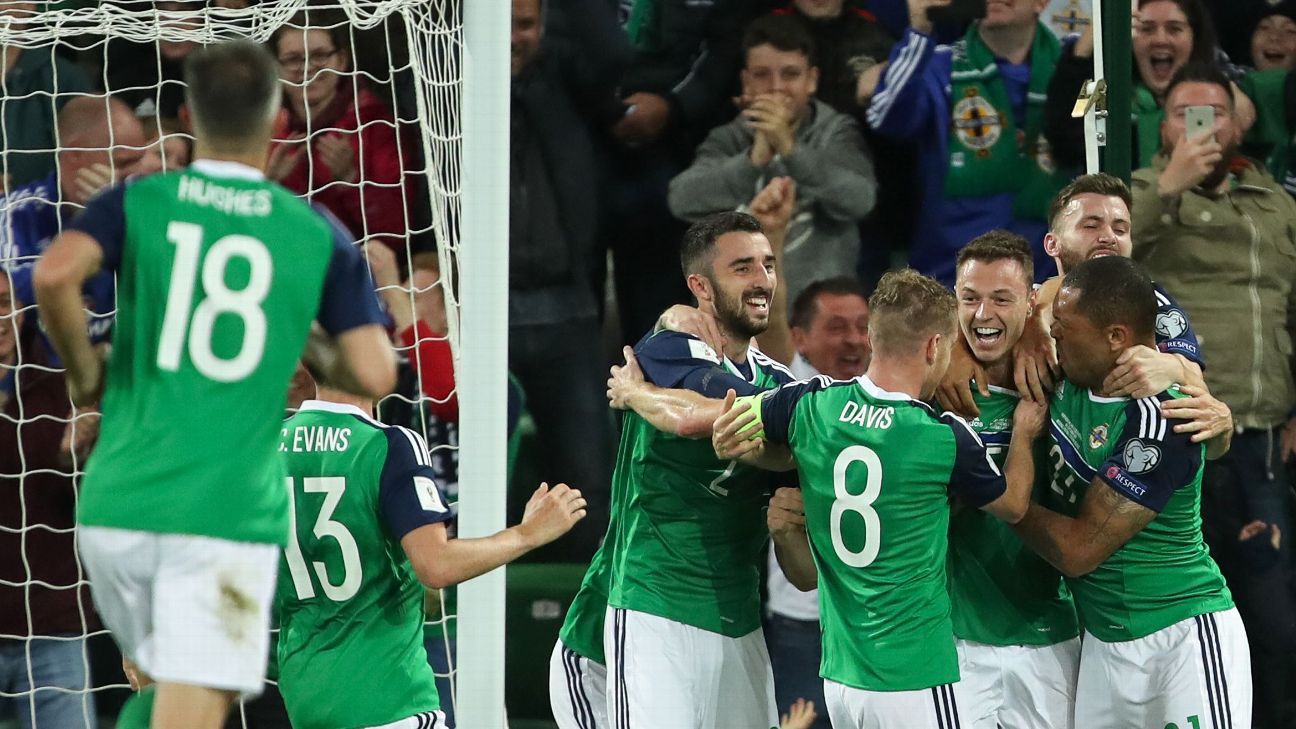 With a playoff against Switzerland now the only thing standing between them and the 2018 World Cup, Northern Ireland have marked their amazing achievement in fitting fashion.

Taking a hefty slice of inspiration from Nintendo’s classic Super Mario franchise, Northern Ireland have produced a brilliant little retro-tinged video showing them “levelling up” by seeing off the likes of the Czech Republic and Azerbaijan in the group stage.

🕹 Replay our @FIFAWorldCup Qualifying journey so far. Can we level up against Switzerland? 🎮🆙 #DareToDream #GAWA 💚 pic.twitter.com/YagMAnJtVX

The Green and White Army now face a two-legged confrontation with a final boss, namely the Swiss national side, in early November as they continue on the road to Koopa’s Castle.

By which, of course, we mean the World Cup.