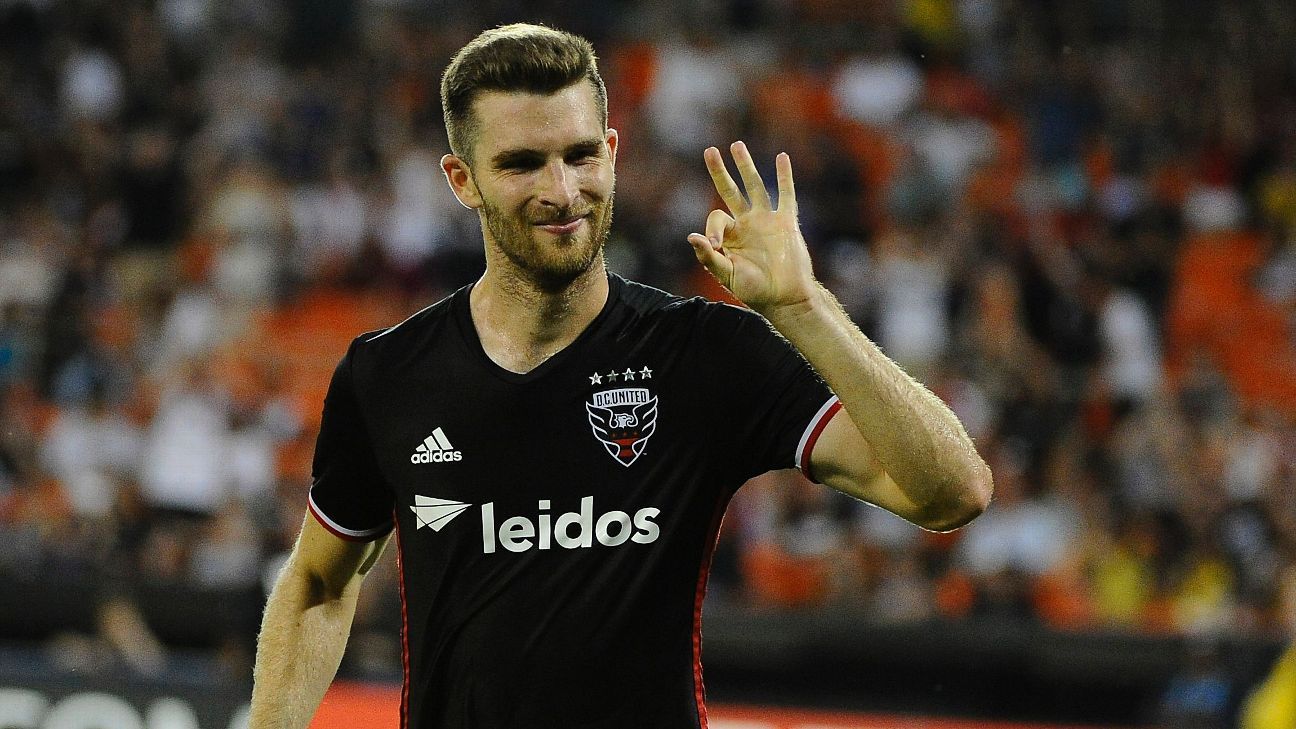 
To start out the 2017 season, D.C. United scored just four goals in their first six games. Worse, head coach Ben Olsen’s boys were shut out four times. Under normal circumstances, this lack of production would have been cause for concern.

But Stewart Mairs, the team’s director of soccer strategy and analysis, had a note for the manager. D.C.’s expected goals, a value that tracks how much a team should be scoring, was much higher than the actual number of goals the team had scored. In other words, the squad had been getting unlucky, something that can happen over a short stretch of time like six games but wasn’t likely to continue for an entire season. If they stayed the course, Mairs argued, the goals would come. He relayed this information to Olsen, who, despite his old-school reputation, was open to the idea.

“He doesn’t come across as it, but Benny is actually very analytical,” Mairs says. “He’s smart.”

The analyst thought the conversation would stop there, but to his surprise, it went one step further. Olsen brought the expected goals numbers to a meeting with his players. “This is where we are expected to be; this is where we are. Let’s not worry about it,” Mairs remembers Olsen telling the team.

The coach using numbers was a single moment, a bit of data used to bolster a point, but it was also telling. Many Major League Soccer teams are increasing their investments in analytics staff, and the results are starting to show up in starting lineups, transfer decisions and game plans. Olsen’s team talk about expected goals is only the beginning.

ESPN FC reached out to every MLS team to ask if they had a sports analytics department. More than half said they did, with D.C. United, the New England Revolution, the Seattle Sounders and Toronto FC being the teams that are the furthest along. A handful said they don’t have separate analytics departments but that other divisions mix analytics into their analysis. Only a couple said that they did not have any sort of analytics department. Most groups are small — a single full-time staffer and an intern was a popular size — and virtually all of them were started within the past five years, but the investment is growing.

In many ways, it’s easier to graft an analytics department into an MLS team because data is much more entrenched into the U.S. sporting landscape than it is in Europe. “For the most part, MLS teams don’t look at it as an anathema the way that European teams did at least a few years ago,” Mike Goodman, a reporter who writes about analytics and stats, says.

Of course, “the flip side is that MLS teams have such smaller budgets,” Goodman continued. “When you’re talking Premier League, it’s a no-brainer to hire a couple of people who can keep you from making expensive mistakes. When you’re talking MLS, there are data costs and employees, and those that can get up to the cost of a player for a season. The budget analysis is pretty different.”

Tim Crawford is in his sixth season as an analyst for the Revolution. His day-to-day focuses primarily on match preparation. Over half a decade, he’s developed new metrics to evaluate the opposition, to understand how they play. Every week, he writes a report and delivers it to the coaching staff.

At D.C., Mairs focuses on analysis of his team but also on the recruitment of players. He’s building models to help identify players who might be a good fit, learning, for example, that statistics from Denmark’s first division are roughly comparable to MLS and that players from Costa Rica can provide good value for the money. None of this is groundbreaking, but it helps to thin the herd in a league where team budgets mean limited resources.

“I get sent 50 guys a week,” he says. “We have a small staff. We can’t watch every single player. Other clubs turn on a player, see his first 10 touches, and decide they don’t like him, but maybe the data says something else.”

He cites Patrick Mullins as a good example of where he feels added value. Last season, D.C. needed a forward. But there was a problem: “Top tier of strikers in MLS and around the world, they cost money,” Mairs says. “We haven’t got any money. We’re looking at guys who fit a profile: peak age (24-28) so we can develop them. Salary-cap friendly. [Mullins’] expected goals and ability to hit the target were big. That was something that I pushed.”

D.C. pulled the trigger on a trade with New York City FC, and the new arrival proceeded to score eight goals in 14 games for the club.

This is how analytics comes to MLS: not as a wave but as a trickle. A little bit here, a small victory there, another coaching staff convinced numbers can help their cause. It’s slow movement but movement nonetheless. Some European teams, with their budgets in the hundreds of millions, will always have a financial advantage. (Arsenal, for example, straight up bought a data company in 2014.) But buy-in comes easier from teams in MLS, a place where data is baked into the sporting culture and fans understand that there’s value in analytics. The numbers, they are a-comin’.