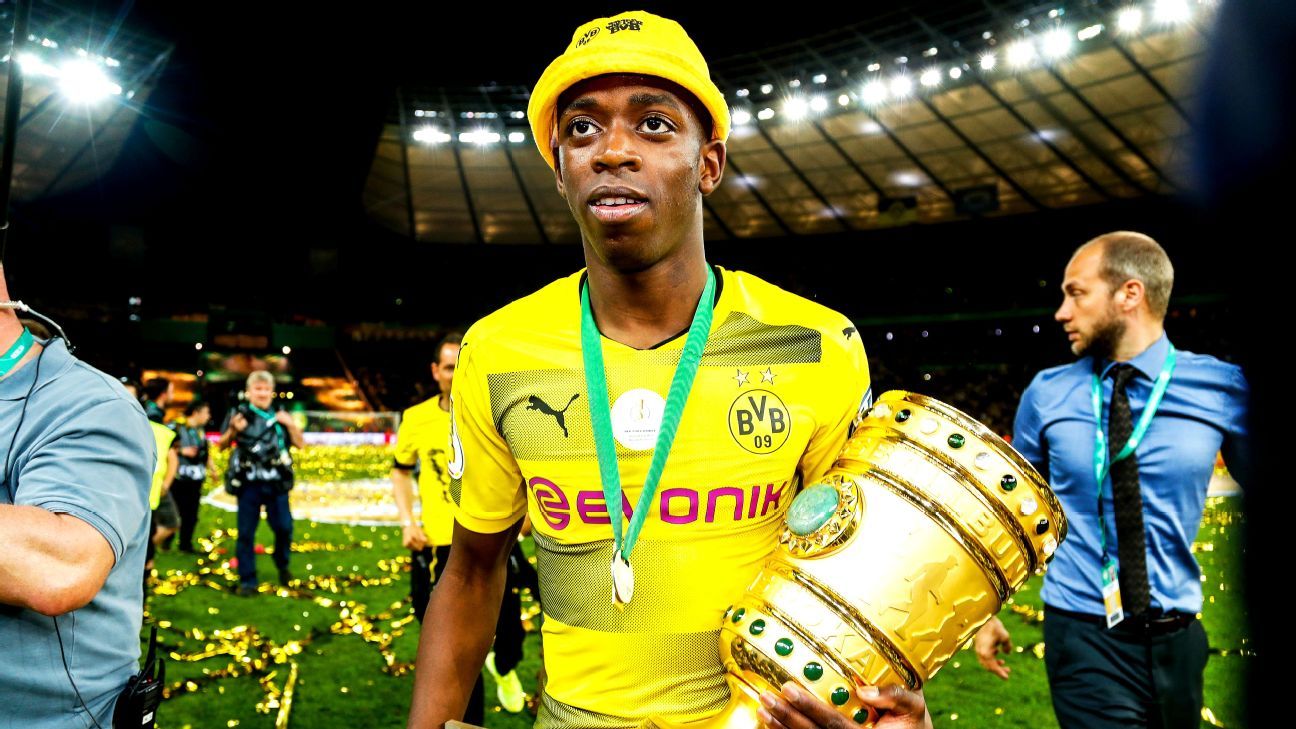 
Borussia Dortmund have ended speculation that France international Ousmane Dembele could leave the club after just one season.

Dembele, 20, produced a string of impressive performances after joining from French club Rennes in a €15 million deal last summer.

He has been linked with Barcelona, Paris Saint-Germain and Manchester City in recent weeks but, asked whether he could leave in the summer, sporting director Michael Zorc told Die Welt: “No way.

“What we’ve seen [from him] was extraordinary, both in his value for team and his development.

“You always get the feeling he can do something special, make the difference. He can decide games by himself, even those games he’s not really involved in.”

Last season, Dembele helped BVB overcome a 2-1 deficit in the DFB-Pokal semifinal against Bayern Munich, scoring one and creating another as they turned the game around, and was also on target in the final win over Eintracht Frankfurt.