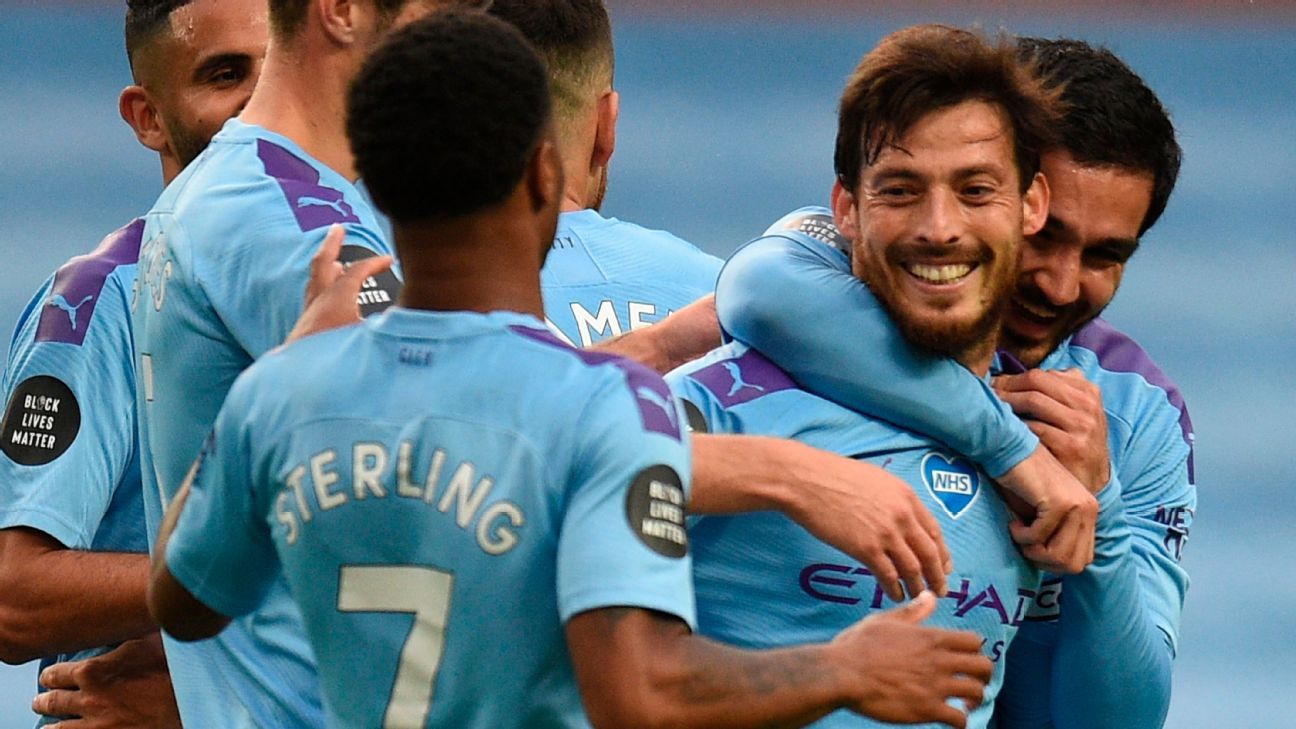 Manchester City manager Pep Guardiola says there is no chance of David Silva reversing his decision to quit the club despite hitting top form since the restart.

Silva, due to leave the Etihad Stadium after 10 years at the end of the season, scored a fabulous free kick in the 2-1 win over Bournemouth to add to the one he got against Newcastle a week ago.

The 34-year-old has scored three times since the break but Guardiola insists any attempt to get the midfielder to extend his stay would be fruitless.

“He decided to leave,” said the City manager.

“He’s said it many times, he wants to finish after 10 seasons. He’ll come back to make a farewell [to the fans] and he can find a place for the rest of his career.

“He’s been in incredible form since we came back. Two times in a row he’s got a fantastic goal.”

Despite sitting in the bottom three and conceding Silva’s free kick after just six minutes, Bournemouth made City work for their victory, peppering Ederson’s goal with 14 shots.

“It was a really difficult game,” admitted Guardiola.

“We could not control. We had a problem and had high pressing that was so good. They played for their need to stay in the Premier League.”

Bournemouth now have two games to save themselves from relegation to the Championship. Eddie Howe’s side are 18th in the table, three points from safety, with games against Southampton and Everton to play.

“We have to look for two wins,” said Howe.

“We can’t prepare any other way. We go to the next game, Southampton, and try to win it. We’ll be looking to match and better the performance we gave today.”