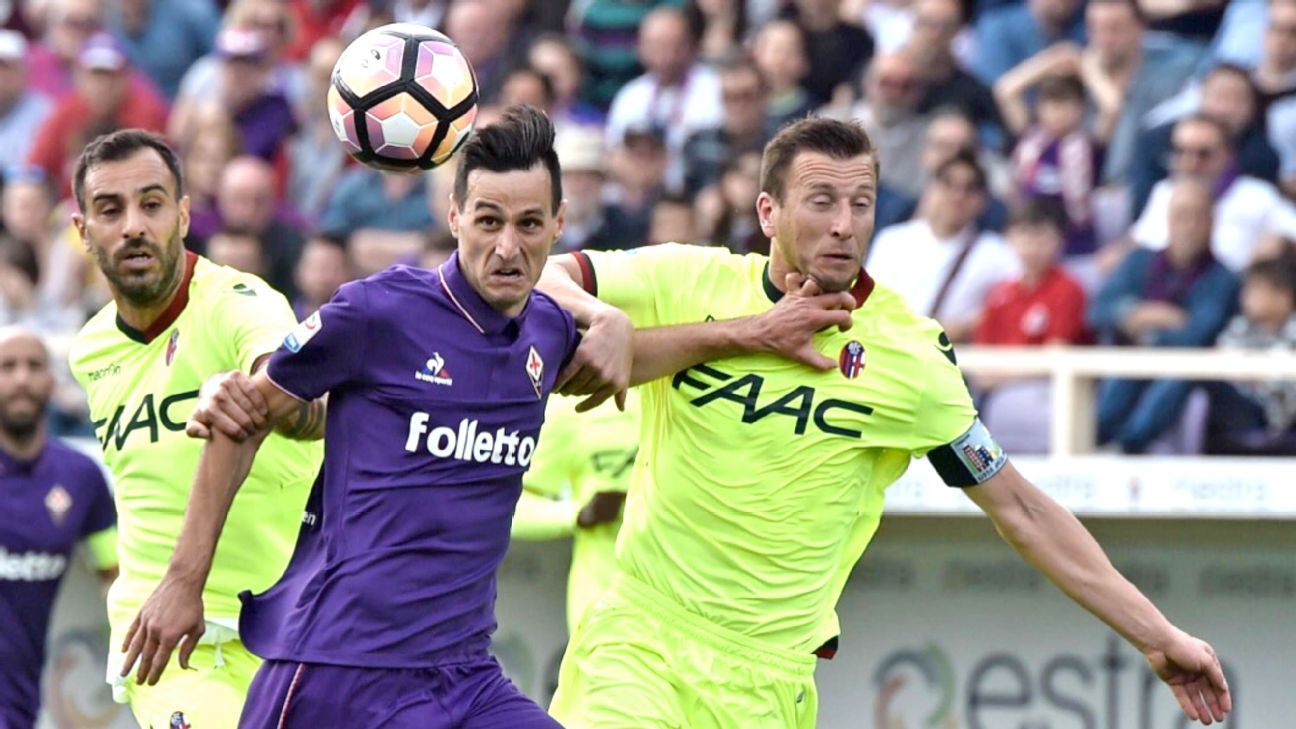 
After weeks of speculation and negotiations, Nikola Kalinic was finally unveiled as an AC Milan player this week, becoming the 11th new signing for the Rossoneri this summer. Although opinion is split on the 29-year-old, it has to be argued that he’s a sensible addition to Vincenzo Montella’s squad.

Milan are now a side transformed from last season, with the signings all addressing key weaknesses in the group. Despite the acquisition of Andre Silva, another striker was going to be needed, regardless of the emergence of youngster Patrick Cutrone.

Montella and the hierarchy identified an experienced international with two years of Serie A football to his name, a forward who can not only score goals but  also play an important role in the buildup of a play. Kalinic is a better fit in Montella’s system and matches his style of play in general.

That might sound boring to some, but it can’t be stressed enough how important the fit is. As seen with Carlos Bacca last season, Montella needs a certain type of centre-forward to not only flourish with an individual performance but also help the team be dynamic and threatening as a whole.

Milan are getting that from Silva and Cutrone so far coupled with their industry and tireless work off the ball. Kalinic adds another string to that bow with his pace, aerial threat and movement.

It’s understandable why some reacted negatively to his signing. High-profile names such as Andrea Belotti and Pierre-Emerick Aubameyang have been linked with a move to Milan all summer, and in that regard, it’s a disappointing downgrade from those ambitious moves. Further, Cutrone’s impressive impact in preseason and to start the campaign might have been in vain, as his playing time could now directly be affected by Kalinic’s arrival at the San Siro. It’s hoped that Cutrone still plays a prominent role this year, but time will tell as to how much he will feature.

For most, both Silva and Cutrone must be selected over Kalinic if Montella sticks with a 4-3-3 system. Kalinic, of course, now offers a different option if Milan switch to a 3-5-2, which is more than feasible with the personnel available.

Nevertheless, with Bacca and Gianluca Lapadula leaving this summer, a third striker was absolutely essential from a depth perspective and to take the pressure off Silva and Cutrone to consistently deliver.

That’s not to say Kalinic is a prolific goal scorer who will prove to be the difference. However, he had a more than respectable tally of 33 goals in 84 appearances for Fiorentina, and with the other qualities mentioned above, that makes him a crucial purchase.

For where Milan are and where they hope to be by the end of this season, it’s a smart signing financially too. Kalinic arrives on an initial loan deal with the total fee expected to be in the region of €25 million. In today’s market, that’s decent business in many people’s books.

In the bigger picture, Kalinic’s experience and leadership will count for a lot with this young squad. Milan have effectively built a solid and experienced spine to the side with Leonardo Bonucci, Lucas Biglia and the Croatian international, with the flair and excitement added around them with players yet to reach their peak.

It’s an important balance for a side looking to get back into the Champions League, while also juggling a busy schedule with a deep run in the Europa League expected this season. As a result, it’s another key reason why this signing should be seen as a positive one.

Milan CEO Marco Fassone hinted on Tuesday that the Kalinic signing effectively completes the team. Time will tell if that is true, as more exits are expected and so replacements could yet be brought in.

But if this is the end of Milan’s spending this summer, then they’ve added 11 important players and created a squad packed with quality and the ability to make the entire team look good. Kalinic will prove his doubters wrong over the course of this season there is no doubt in that, and perhaps with a place at Europe’s top table again next year, the marquee signing that many were craving will hopefully arrive in 12 months’ time.