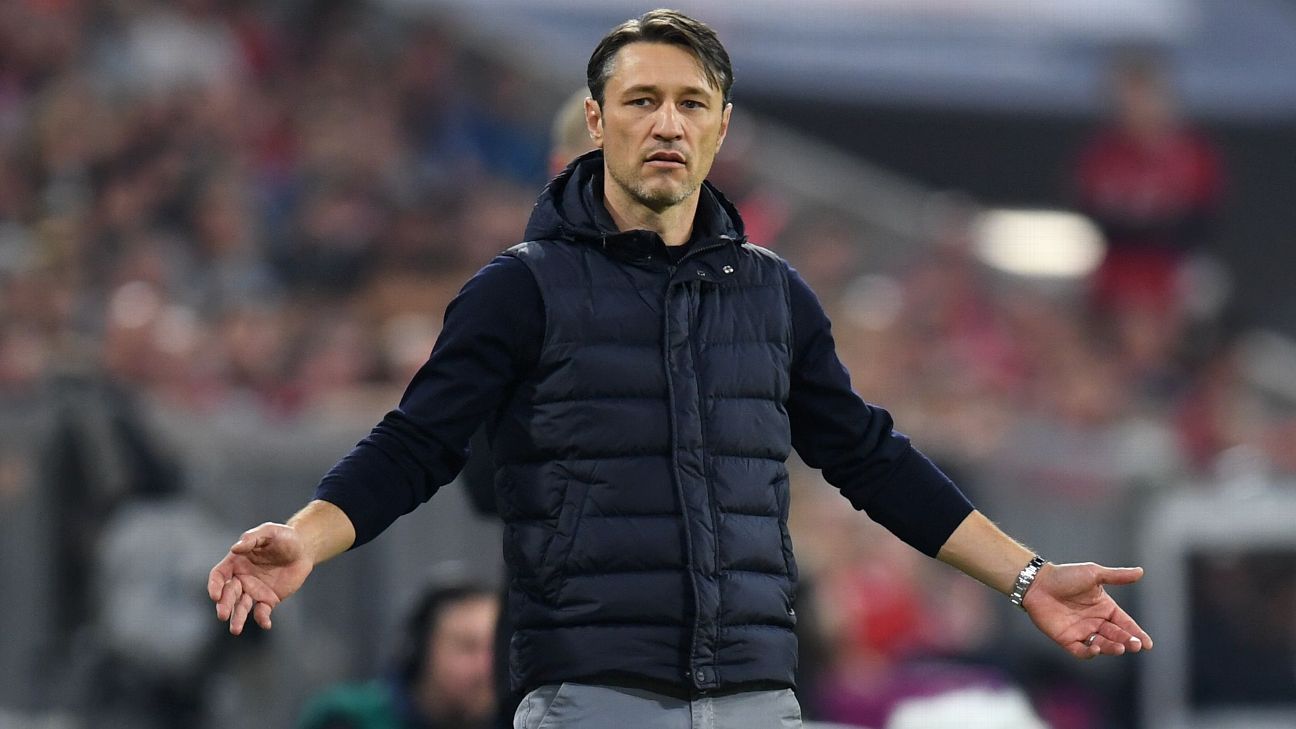 
“I will defend Niko Kovac to the last drop of blood,” Bayern Munich president Uli Hoeness vowed in an interview with Kicker magazine on Monday, insisting that Sabener Strasse was engulfed by total calmness, contrary to reports.

The Croatian coach has escaped censure for a run of four winless games, with most commentators focusing on the German champions’ muted activities in the transfer market and the fatigue of key players in their efforts to explain the malaise.

However, despite emphatic backing from the most important man in the club, 46-year-old Kovac’s position is more precarious than outward appearances suggest. Multiple sources close to senior figures in the dressing room have told ESPN of growing doubts about his suitability for the job among the playing staff.

First, a caveat. At a club like Bayern, it is not difficult to find disgruntled pros who feel misunderstood and disagree with the manager’s tactics, especially in times of bad results. James Rodriguez, for example, has made no effort to hide his annoyance in light of his limited game-time. Privately, a couple of younger players are also unhappy that Kovac has stuck with the veterans for key games.

That is just the way things are; without the glue of success, it is unrealistic to expect cohesion in a team of so many disparate parts. But it goes much deeper in this particular instance. After impressing his new charges with a sharp preseason regime and strong attention to defensive details on the pitch, Kovac, as the complaints go, has offered too little by way of creative sparks for the final third, relying on routine automatisms and individual qualities of the squad.

Seven consecutive wins at the start of the campaign, including some strong performances, suggested that Bayern’s brilliance didn’t necessitate too much tinkering. However, a succession of opposition managers have since worked out that the Bavarians attack in rather predictable patterns on the flanks, with very little penetrative movement in the centre and no positional variety.

The problem was most pronounced in the 3-0 defeat by Borussia Monchengladbach last Saturday, when the hosts were unable to create any high-calibre chances and the manager persisted with the same, impotent set-up throughout 90 minutes.

“Kovac has been good on fitness levels and defensive organisation but the players expected solutions up front,” a source told ESPN. “And they got nothing.” Centre-back Mats Hummels hinted at those frustrations, noting that Bayern had mostly operated “in non-dangerous tactical spaces” against Borussia.

Carlo Ancelotti was fired just over a year ago after key players spoke out internally about his overly relaxed training sessions and the strange line-up he picked for a 3-0 defeat away to Paris Saint-Germain.

There are not yet similar levels of personal hostility towards the new man in charge, but Kovac is in danger of losing the team’s confidence when it comes to his footballing ideas and a nigh-impossible balancing act on the man-management side.

More seasoned operators than him would have surely struggled to reconcile the club’s mutually exclusive policies of paving the way for a transition and keeping faith with a family of trusted stalwarts. By gamely trying to do both, Kovac is perilously close to doing neither: “Half the dressing room are not entirely sure of him,” a source said.

In his defence, Kovac has little previous experience of coaching a combination game, having found success with a very muscular and collective approach at Eintracht Frankfurt last season. Maybe it was inevitable that he would need some time to adjust to a vastly more talented side and the need to break down deep defences.

The support of Hoeness will keep the axe at bay for the moment, but the players require answers and, three months into the job, their coach still has to prove he is the right man. Finding immediate ways to address tactical needs and personal discontent is a matter of critical importance if Kovac’s reign is not to end before it has really begun.

As he knows all too well, time is only ever afforded to those who win in Munich and, sometimes, not even then.