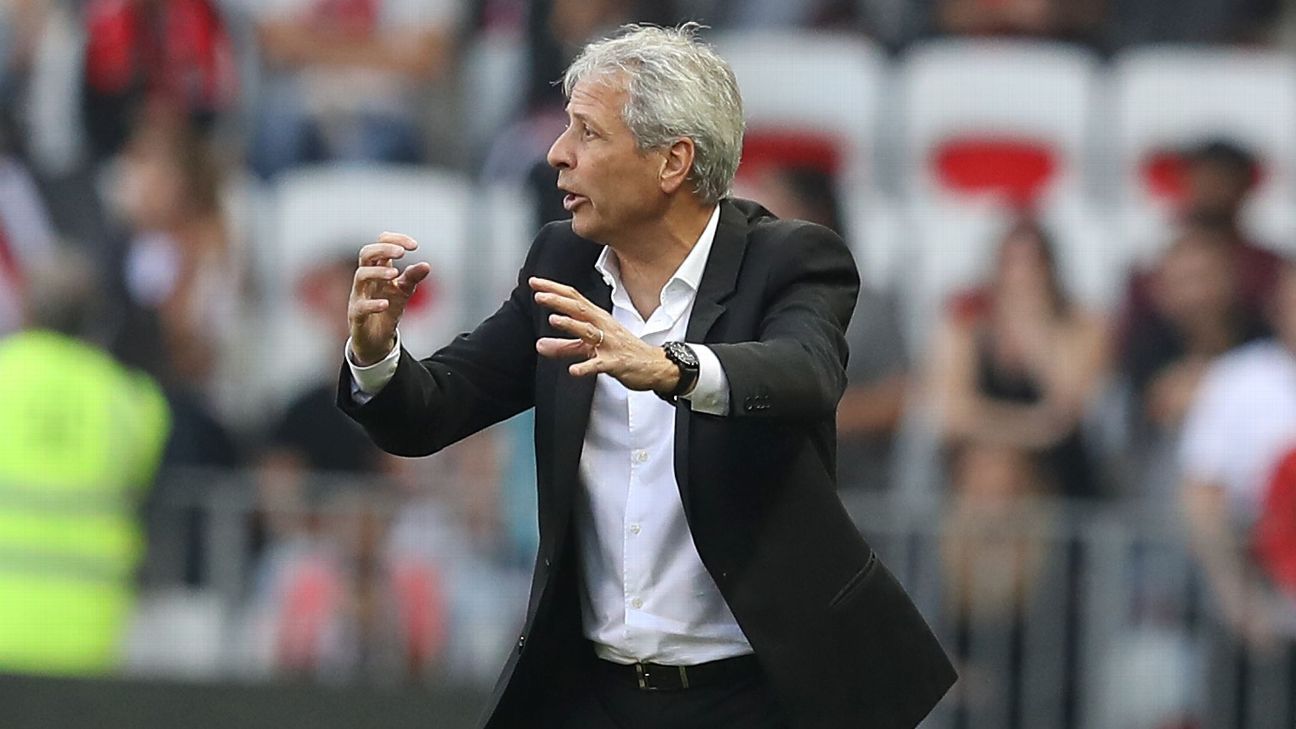 
Nice have issued a statement to confirm that Lucien Favre, linked with Borussia Dortmund as a replacement for Thomas Tuchel, will not be joining the Bundesliga club.

But on their official website, Nice said: While the media has been intensifying speculation about interest from Borussia Dortmund in Lucien Favre, OGC Nice would like to state its position publicly, once and for all.

It is logical that a coach of his calibre, at the end of such a season with Nice, is courted by the biggest clubs in Europe such as Borussia Dortmund. It is also totally legitimate that this opportunity could arouse Lucien Favre’s interest.

Nice have no difficulty understanding this. However, in view of the impending restart of training (June 19), the club would not like to enter into any negotiations concerning the transfer of its coach, who is under contract until 2019.

“The club’s sporting interests prevail over the economic interest, which the Nice management have always affirmed.

“This decision is final and unequivocal. It has been completely received by the Borussia management, and Lucien Favre has totally understood and accepted it. This chapter has already been closed.

“It is also with pleasure that he has confirmed that he would like to continue his mission as head of the Nice team in 2017-18.”

The statement came soon after Favre’s agent, Reza Fazeli, told Sport Bild that “Nice were not willing to talk” about a move.

Although Dortmund and the former Borussia Monchengladbach coach had reportedly agreed personal terms, Fazeli said: “We need to accept that. The book for this summer is closed. Let’s wait and see what will happen in the future.”

Other names in the frame include Peter Bosz of Ajax, Cologne’s Peter Stoger and Fiorentina’s Paulo Sousa, with kicker reporting on Friday that either Bosz or Stoger would get the job.