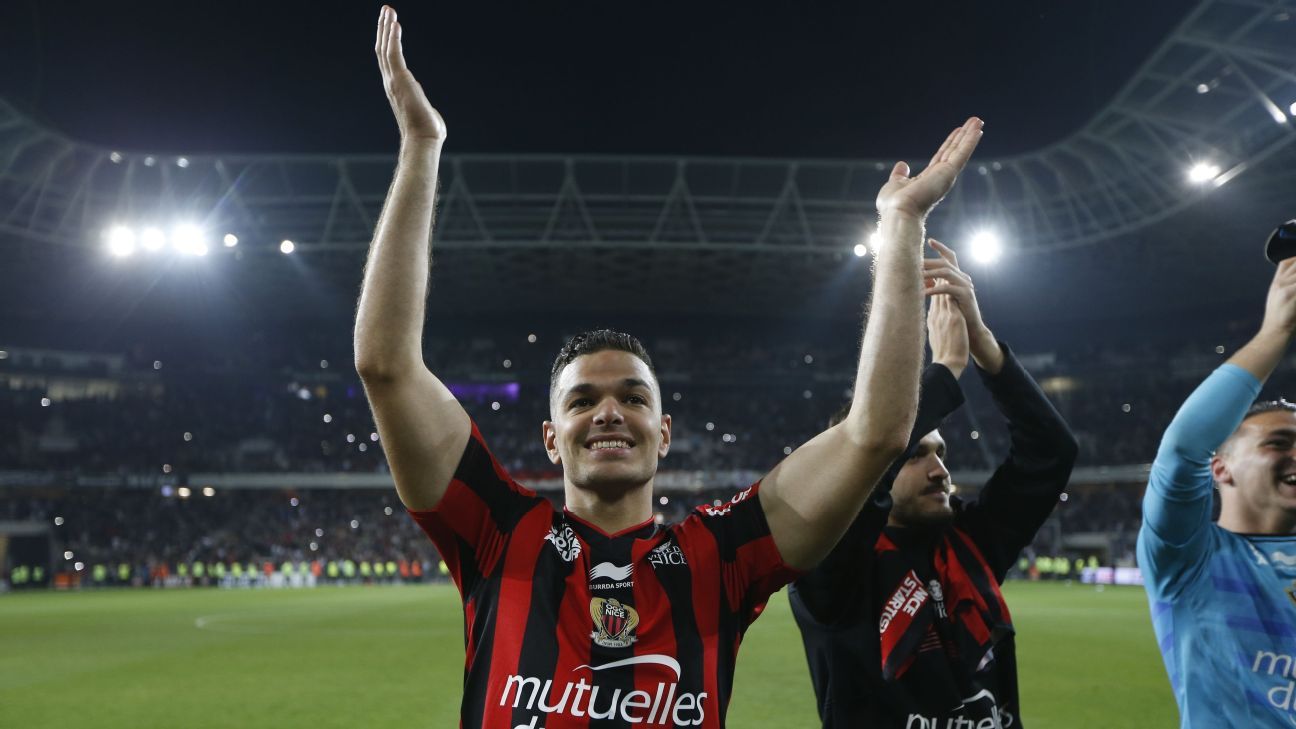 
Nice president Jean-Pierre Rivere has suggested he is interested in bringing Hatem Ben Arfa back to the club this summer, saying he is keeping an eye on the France international’s situation at Paris Saint-Germain.

Ben Arfa, 30, enjoyed a superb 2015-16 season at Nice with 17 Ligue 1 goals and six assists from 34 appearances under Claude Puel but could only manage a solitary assist in his 23 league outings with PSG last term.

“Hatem belongs to PSG,” Rivere told Nice-Matin. “In my view, PSG take quite a harsh stance with some players. It might be understandable, though, so it is not a criticism.

“The first concern is PSG. I do not know what they will do with Hatem, what will actually happen. For the moment, we can do nothing but observe things.”

Ben Arfa clashed with PSG coach Unai Emery early on last season because of his lack of fitness and struggled to break into the Spaniard’s plans at any point during the rest of the campaign.

Despite his determination to remain at Parc des Princes and fight for his place, newly installed sporting director Antero Henrique might choose to move him on in order to create even greater spending funds.

A number of Turkish sides are reported to be among those interested in acquiring the former Lyon and Marseille man, as well as Nice.