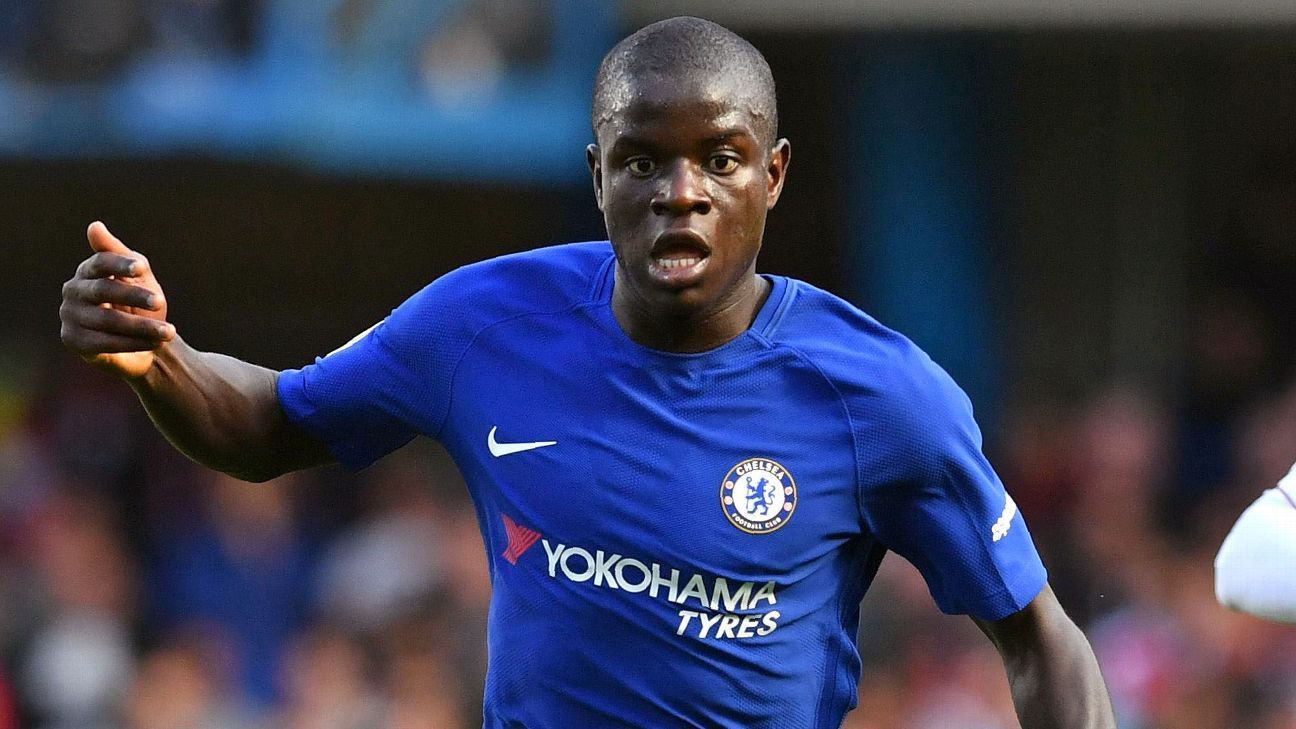 
The international break came at a good time for Chelsea after a gruelling September run of seven matches in 21 days, but it hasn’t offered much to lighten Antonio Conte’s mood as he stews on a comprehensive home defeat against Manchester City.

Alvaro Morata is still nursing the hamstring injury that forced him off after just 35 minutes at Stamford Bridge, though Chelsea are hopeful that initial suggestions of weeks rather than days on the sideline will prove a significant overestimate.

Even more worrying for Conte was the sight of N’Golo Kante limping off 35 minutes into France’s World Cup qualifier victory over Bulgaria on Saturday with a suspected hamstring injury of his own. Chelsea expect to have a better understanding of the severity of the problem by Wednesday.

Any prolonged absence would be a new experience for Kante. Since arriving at Leicester City in the summer of 2015, the 26-year-old has featured in 79 of a possible 83 Premier League matches, missing two through suspension and two because of a minor thigh knock picked up in the final weeks of last season.

Only two players — Cesar Azpilicueta and Thibaut Courtois — have started more Premier League matches for Chelsea under Conte than Kante. More than an impressive testament to his durability, such remarkable numbers underline that Kante has been regarded as indispensable from the moment he set foot in England.

But how much would Chelsea miss him over a period of several weeks? Well, while Eden Hazard is unquestionably the Blues’ most talented footballer and proven match winner, Kante stakes a compelling claim to be considered the most important player in Conte’s team.

Above all else, the Italian’s 3-4-3 system stands or falls on the ability of the two central midfielders to control both the space and the ball.

It is well documented that Kante is a monster out of possession; his tackle and interception totals since 2015 are so far ahead of anyone else in the Premier League that they can seem like statistical glitches. Less appreciated, however, is how much he has improved with the ball at his feet since joining Chelsea.

Last season Kante managed to improve his pass completion from 81.6 percent to 88.8 percent while also completing 20 more passes on average per game. He has also become more incisive, averaging 1.4 key passes per Premier League game this season compared to 0.8 in 2016-17 and 0.6 at Leicester City in 2015-16. In the Chelsea squad, only Cesc Fabregas (an eye-popping 2.8) averages more.

“Last season I said many times that N’Golo could improve a lot with the ball,” Conte said last month. “He’s working very hard to improve this weakness. But I think now he’s a complete player — he’s a top player with the ball, without the ball. He always knows when he has the ball what he has to do.”

Kante’s broader attacking skill set is even more important when he is paired with the more defensive-minded Tiemoue Bakayoko, whom Conte views as being in the early stages of a similar process. Without him, the alternatives are Fabregas, a special creative talent but a defensive liability, and deadline-day signing Danny Drinkwater, still working his way back to full fitness.

Bakayoko has already shown signs that he may be able to take on at least a significant chunk of the defensive load Kante regularly bears; he has averaged 2.8 tackles per game in six Premier League appearances — ranking him 11th among midfielders — as well as 1.3 interceptions, despite the fact that he spent much of August and September well short of peak condition.

Perhaps that will be enough. Looking at the fixtures, there are certainly worse months for Kante to potentially miss than October.

Three of Chelsea’s next four Premier League opponents are in the bottom five of the table and while Roma home and away in the Champions League should provide a stiffer test, last month’s dramatic late away win over Atletico Madrid eases the pressure on those matches slightly.

Further cause for optimism is the fact that last season the Blues won all three league games Kante missed (Bournemouth and Middlesbrough at home and West Brom away).

Chelsea will be hoping that sitting out the next three weeks is Kante’s worst-case scenario — not least because November begins with the visit of Jose Mourinho’s ominously impressive Manchester United to Stamford Bridge.

Already six points adrift of both United and City, Conte’s men cannot afford to give any more ground to their principal title challengers. The speed of Kante’s recovery could prove the decisive factor in whether they are able to keep pace.