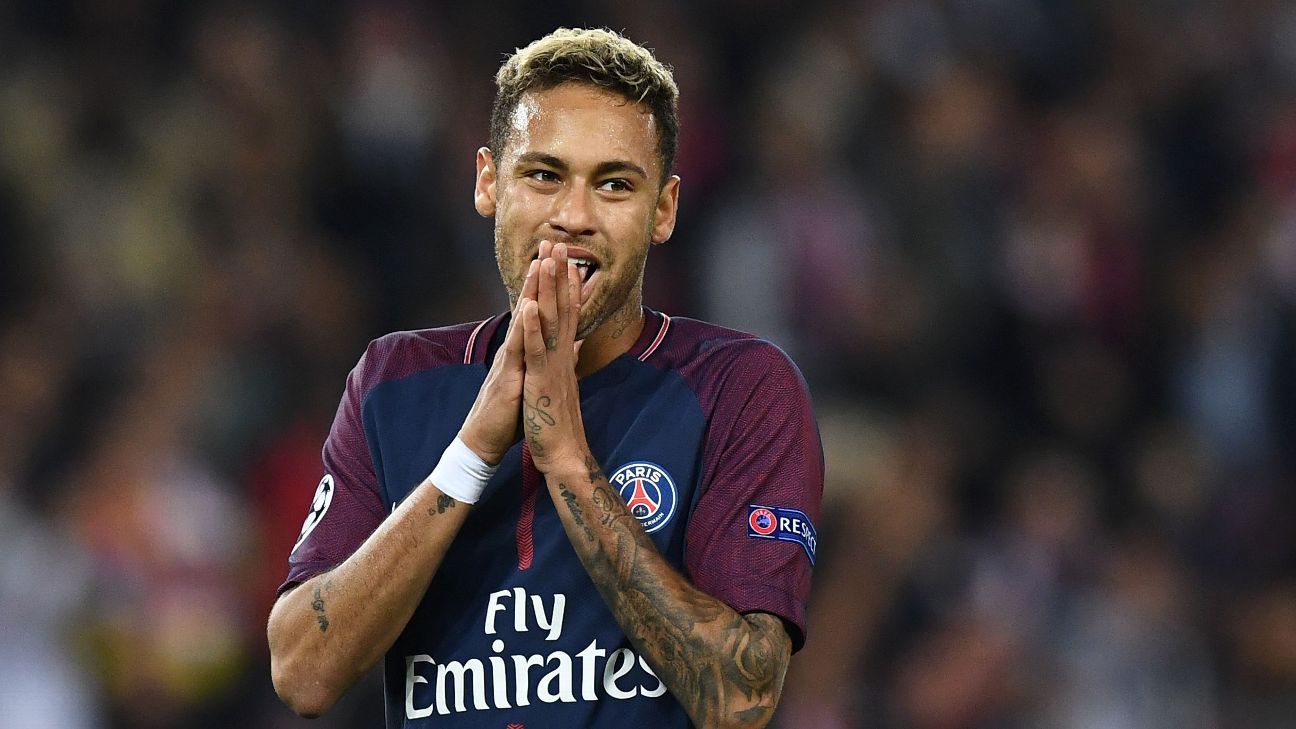 
Neymar’s father has told Telefoot that his son’s decision to quit Barcelona for Paris Saint-Germain “took me by surprise,” but he left the Camp Nou to get out of his comfort zone.

Neymar, 25, has been in scintillating form since making a €222 million move from Barcelona to PSG over the summer. He has eight goals and seven assists in just eight matches for his new club, netting a double — which included a spectacular free kick — in the 6-2 thrashing of Bordeaux on Saturday.

“Neymar’s decision to come to Paris took me by surprise,” Neymar Sr. told French TV show Telefoot. “We had an offer last year but we didn’t reach an agreement. This time PSG’s offer was very interesting. The idea of winning the Champions League and the league pleased him.

“The truth is that it was me who hesitated until the last moment. I said to Neymar that ‘you’re relaxed, you’re in your comfort zone at Barcelona. So the best choice for you is to stay.’ But he wanted to get out of [his comfort zone] and put himself in danger.

“His friends [Lionel] Messi, [Luis] Suarez, [Ivan] Rakitic and [Gerard] Pique all tried to hold on to him. It was very difficult but Neymar really wanted to come. He wanted this challenge and we supported him.”

Neymar is thriving in PSG’s front three alongside Cavani and Kylian Mbappe, and his father thinks the trio will “inspire a lot of new generations” in the same way his son’s partnership with Messi and Suarez did.

Neymar and Cavani argued over who should take a free kick and a penalty in last month’s 2-0 win over Lyon, however, before the club sought to play down the significance of the incident.

The row had little effect on the pair in PSG’s 3-0 win over Bayern Munich in the Champions League last week, although some of the home crowd sang Cavani’s name when Neymar stepped forward to score a penalty against Bordeaux. Neymar felt the media made too much of the dispute, and his father agrees.

“The controversy with Cavani was exaggerated,” Neymar Sr. added. “They’re great players. We saw against Bayern Munich [3-0 win in in the Champions League] that there wasn’t a problem.

“In every club there are disagreements sometimes — it’s necessary. But this affair was blown out of proportion. There’s no need to talk about it any longer.”

Neymar Sr. said his son likes “everything” about the French capital and does not feel the need to lift top prizes straightaway in order for his move to be considered a success.

“If Neymar is to win the Ballon d’Or, he will win it,” Neymar Snr said. “But I don’t think that he absolutely wants it. If he really wanted to win it, he would have stayed at Barcelona because he had everything at this club.

“That’s not what motivated him to come to Paris — it was the team. We knew already that — but for a few details — PSG could have already won the Champions League.

“We signed a contract for five years so we have five years to win the Champions League. PSG’s project with Neymar is starting at the moment and it’s proof that PSG are on the right track.”