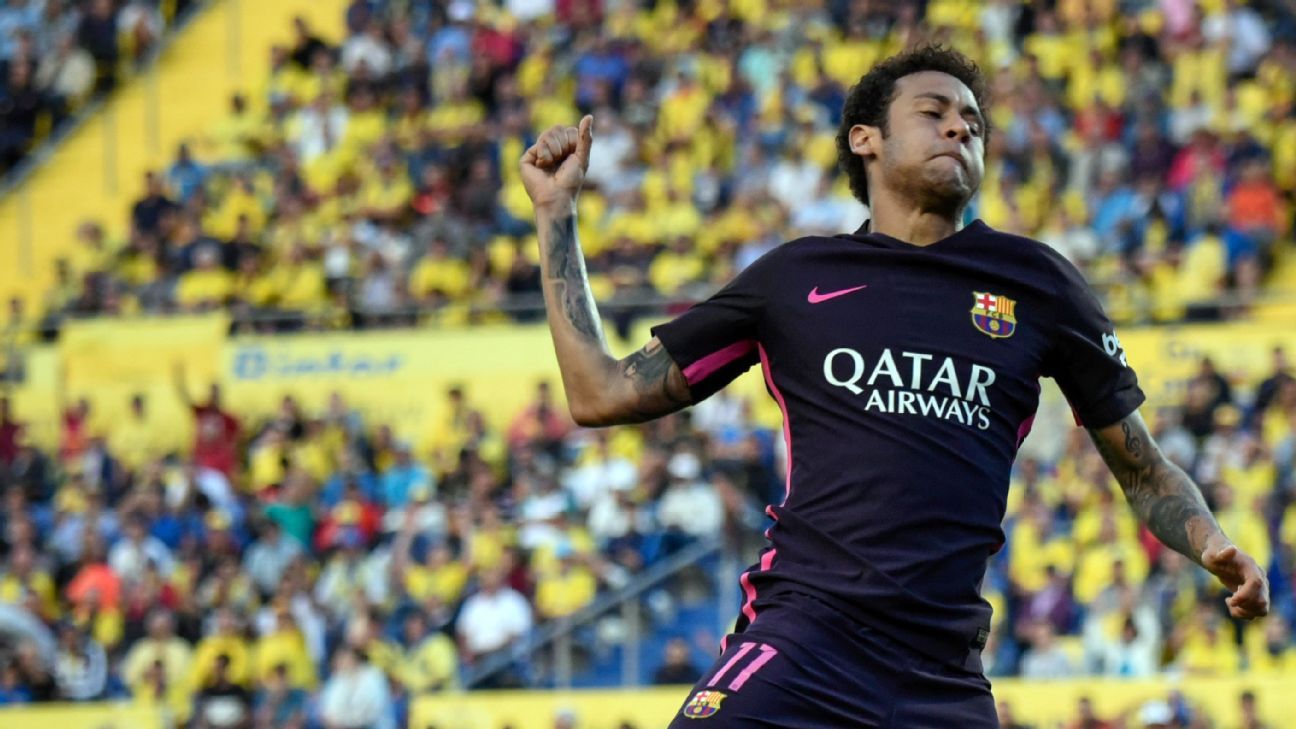 
Barcelona forward Neymar has said he would be delighted if midfielders Lucas Lima and Marco Verratti joined him at the Camp Nou.

Santos star Lima told ESPN Brasil this week that he would move to Barca on a five-year deal in January when his contract with the Brazilian side expires.

However, there has not yet been confirmation from either club and a pre-contract agreement cannot be signed until July 1.

Neymar was unable to confirm the transfer — despite Lima being represented by N&N Consultancy, the company run by his father — but said he hopeful his international teammate would make the switch to La Liga.

“The only person who knows the truth is Lucas and the people he works with,” he said at an event for his institute in Sao Paulo. “I hope everything works out. Besides being a good friend of mine, he’s a great player.

“If it works out and he joins Barcelona, he’d be received with open arms and I’m sure he’d be able to bring joy to the club. If I could suggest a lot of people, I’d have done by now, but that’s not a thing I did.

“There are so many rumours out there. I’m just hoping he joins us [at Barcelona]. If I had actually suggested his name, he’d be already signed,” Neymar said with a laugh.

“I’m helping with it [lobbying for the transfer], I am,” he said, again with a laugh. “He’s a guy we all admire, we all like a lot, a very good friend of mine. I hope he can be happy, even if it’s not at Barcelona, though I want it to happen.

“We can make jokes, say things, but actually he’s the only who knows the truth, just him and the people who work with him. I’m cheering for him and encouraging him to join Barcelona.”

Wagner Ribeiro, agent for both Neymar and Lima, admitted that Lima can determine his future soon.

“He has a contract until Dec. 31, and from July 1 on, we will be able to sign with any side he wants, he’ll be free to do whatever he decides — even to renew his current deal.

“Santos did an amazing offer, one of the best ever done in Brazilian football as they’ve got this issue with Doyen. Financially speaking, it’s not good enough for him, though.”

Paris Saint-Germain’s Verratti has also been strongly linked with Barca, although the French club French club are reluctant to sell one of their star players.

The Italy international is reported to be one of the players Barcelona director Robert Fernandez was referring to when he said this week that “big-name signings” would be made.

“Of course I would like [Verratti] to come to Barcelona — I would love it,” Neymar said.

“He’s a top player with incredible technical quality. He has the profile and the right qualities to play with us at Barca.

“If we sign Verratti, I’m convinced that the whole team will be delighted to welcome him because he’s an amazing player.”