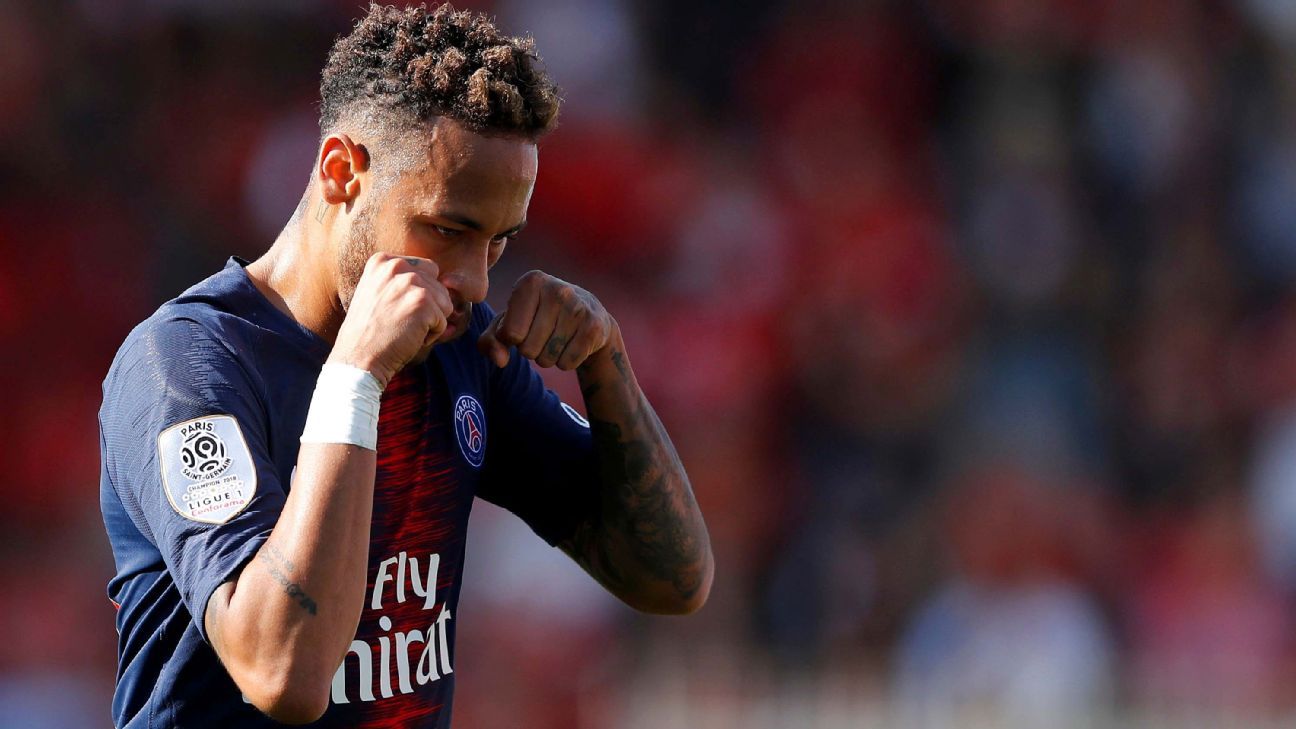 
Paris Saint-Germain president Nasser Al-Khelaifi has said he has spoken to Real Madrid after becoming “frustrated” with constant speculation surrounding Neymar and a potential move there.

Neymar moved to PSG from Barcelona for €222 million last summer but has repeatedly been linked with a switch to the Bernabeu since then. Earlier this summer, Madrid moved to strike down a report on Spanish television that claimed they had made a €310m offer to sign Neymar.

“We don’t like it at all and we have spoken to Real Madrid,” Al-Khelaifi said.

“It’s a bit frustrating, it’s not fair that other clubs talk about our players. We have a good relationship and they respect PSG, and I hope that’s the truth. We respect Real Madrid, their president, Florentino Perez, but I think that it’s important for everyone not to work behind the scenes.

“I don’t know if he understands me. If there is something, we speak, speak with Florentino Perez or whatever it is and we speak about what we like and what we don’t like. It’s what we want with all clubs, not just Real Madrid. Fighting amongst each other is not the way PSG works and I hope other clubs don’t do that to us.”

Neymar’s move from La Liga also angered its president Javier Tebas, who said PSG were “peeing in the swimming pool” after what he termed “financial doping.”

“I have never spoken about Tebas behind his back and he does,” Al-Khelaifi said. “The last time, I was very clear with him. It’s better to say things to someone’s face. He attacks the whole world, Juve, Inter Milan, PSG. Let him worry about his matters, La Liga and with his clubs, and leave us alone to work. I’m not worried because we aren’t against La Liga. Leave us alone and the rest too.”

“We know we have done things well in compliance with the law,” he added. “I don’t like people who are not honest, who look like your friends and then go behind your back. I like to say thing to your face and speak. I don’t like clubs that speak behind our back and that’s what’s happening.”