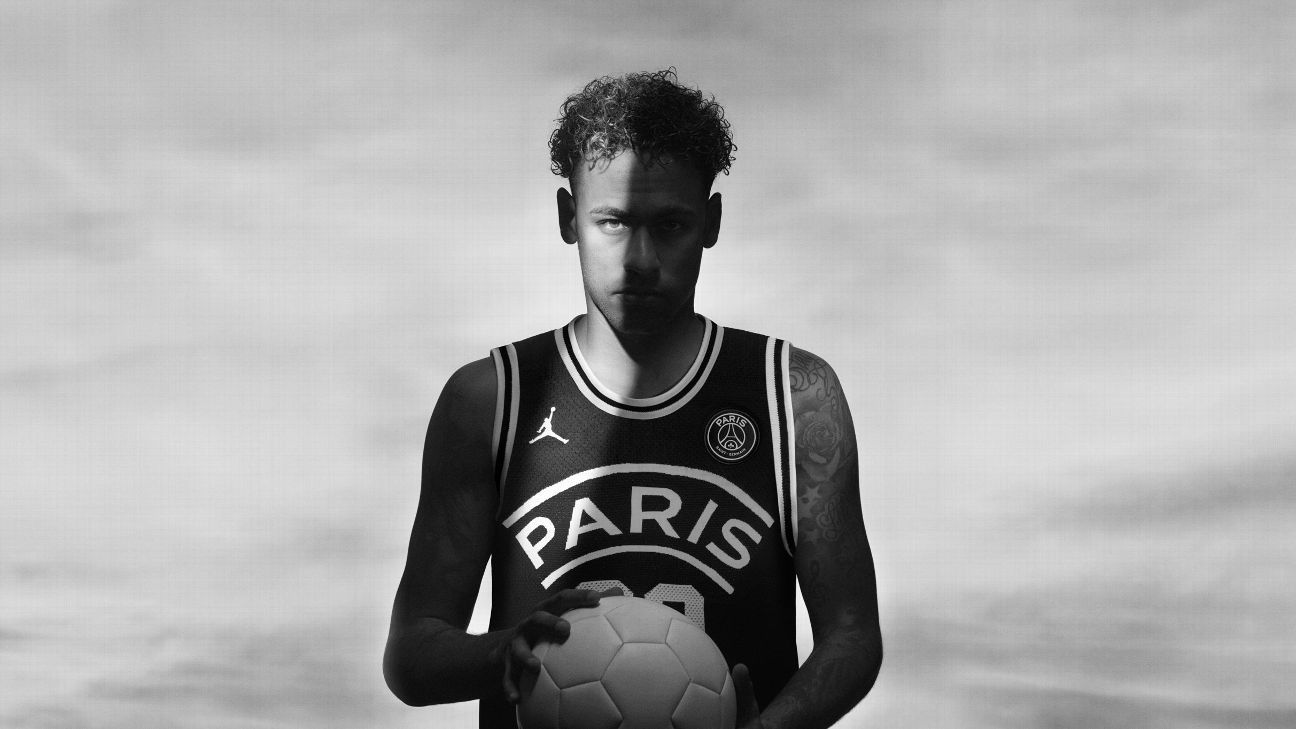 
PSG have finally unveiled the hotly-anticipated fruits of their collaborative labour with the Jordan Brand.

PSG and Jordan have been working together for several years but this marks the first time the pair have produced a special edition football kit that will actually be worn in competitive matches.

This guy is delighted with his Jordan Brand x PSG gear 😁 pic.twitter.com/dw6sm9hOOf

“Jordan Brand and Paris Saint-Germain share a distinct position in sport and style, so to partner with the club is a natural fit,” said Michael Jordan himself.

The new third and fourth strips are svelte, contrasting black and white designs — both featuring subtle flecks of red here and there as a nod to the Jordan brand’s heritage colours.

Alongside various items of streetwear, also included in the collection are a brand new pair of limited edition Nike Phantom VSN boots as well as a corresponding pair of PSG-themed Air Jordan 1 basketball sneakers.

The Jordan Brand x Paris Saint-Germain collection is released on Sept. 14 with PSG then formally debuting their new kits in the Champions League clash at Liverpool on four days later.