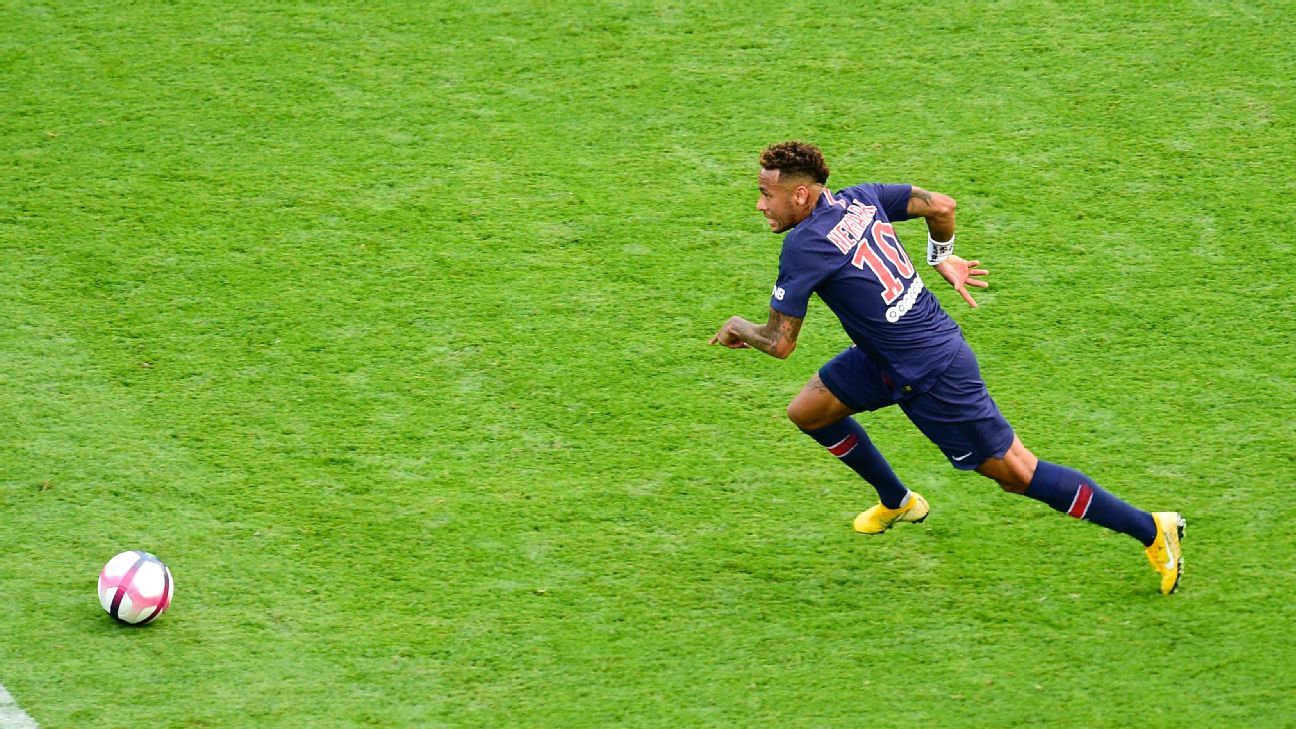 
Three matches into the new Ligue 1 season, Neymar and Kylian Mbappe are Paris Saint-Germain’s joint-top scorers with three goals apiece. The prolific pair are not only sharing the attention on the pitch, though, as the France international’s star turn at the World Cup means the French champions now have two main men — not one.

Perhaps the post-Russia euphoria in Paris is yet to completely die down, or maybe it is simply August in the capital with Le Championnat a few weeks old, or the Brazilian star’s usual fanfare is just being divided more fairly, but the aura that surrounded the former Barcelona man in his debut PSG campaign is gone.

And that is no bad thing.

Paris-based journalist and Parc des Princes regular Romain Collet-Gaudin has noted the same since Mbappe’s return and believes that Neymar has realised that his French teammate has what it takes to be Les Parisiens‘ top dog.

“For the past few weeks, Neymar is experiencing normality at PSG and it is quite a change,” he said. “Neymar must understand that with Mbappe, he can reach the Ballon d’Or — his personal goal. [Manager Thomas] Tuchel has given Neymar a new role behind [Edinson] Cavani and Mbappe, and while Neymar might score fewer goals, he will surely be even more decisive.

“There is a strong understanding between the pair, as shown by Neymar’s goal from Mbappe’s pass against Angers. Neymar must believe in this connection because with a partner, he is stronger.

“Another sign of this normality is the fact that Tuchel substituted him with 10 minutes to go against Caen — a novelty and something unusual for a star in Paris.”

The fact Neymar accepted that substitution at home to Caen is perhaps a sign the 26-year-old is maturing. Another was when he was asked by TV3 about his future earlier this week during a return to Barcelona — instead of dodging the question and consequently feeding debate over his future, he simply replied that he has “a contract with PSG” and “will be staying there.”

It might not sound like much, but Neymar has complained about regular questioning on his future and only fanned the flames often generated outside of France, keeping the South American fixed as a talking point.

Neymar and Cavani looking happy together during the 3-1 home win over Angers last weekend is another good indicator, with no signs of the tension that afflicted the pair last term.

ESPN Brazil’s Antonio Strini believes that Neymar turning a corner with his behaviour has come at the right time after a summer that saw his reputation suffer in his homeland after World Cup disappointment and his public appeal for sympathy.

“Things have conspired in Neymar’s favour so far,” he said. “Neymar’s final image in Brazil this summer was the commercial where he said that he is still a boy, and this did not go down well.

“Those who criticised him are now worried about their own teams as domestic and continental football quickly returned after the World Cup. On top of that, Ligue 1 is not being broadcast in Brazil right now. So the people back home are only seeing the best of Neymar right now, and that is not a bad thing for him after this summer.”

Neymar certainly seems focused on the pitch, and whether that is fueled by a desire to make up for lost time after his debut season-ending injury, or the World Cup, or to remind everybody that Mbappe is not PSG’s only golden boy, it is having the desired effect.

Three goals and two assists from four competitive appearances (three starts and one late Trophee des Champions cameo) is a balanced return, hinting at the decisive nature of his new role under Tuchel.

Fans can see it too. Sebastien, a PSG supporter since the 1980s, feels Neymar has been shown by Mbappe’s success with France this summer that there is more to the team that just one player.

“It is true that Mbappe is enjoying his moment in the sun and Neymar is perhaps more in the shade,” he said. “We will see how long that lasts, but this is definitely the first time since Neymar’s arrival that things have not all been about him.”

Of consolation to Neymar will be the fact that Sebastien’s son, Ludovic, still lists him as his favourite player — albeit alongside Mbappe now.

“They are both my favourites!” enthused the youngster. “Neymar and Mbappe, together, make PSG the best team in the world.”

The jury is out on how far Neymar and Mbappe, aided in no small measure by fellow striker and third musketeer Cavani, can take PSG this campaign and beyond, but few doubt this current team’s potential.

“I have seen a lot of PSG’s greats over the years,” Sebastian said. “[Zlatan] Ibrahimovic, Ronaldinho, [Safet] Susic, [George] Weah and [Jay-Jay] Okocha to name a few, and Neymar can be the best of the lot.

“Mbappe can too, and together they make Champions League success possible. For that to happen, though, both must be at their best — I think that Neymar needed this cooling-off period to start the season like he means business.”

Perhaps most crucial, Neymar appears truly settled for the first time since signing for PSG — off as well as on the pitch.

Combined with a taste of normality, some newfound maturity and a focused attitude, Les Parisiens‘ No. 10 seems genuinely happy.

How long that will last remains to be seen, but it bodes well for Neymar and PSG moving forward. So Mbappe’s World Cup success could prove a key moment in the Paris chapter of the Brazil international’s career.