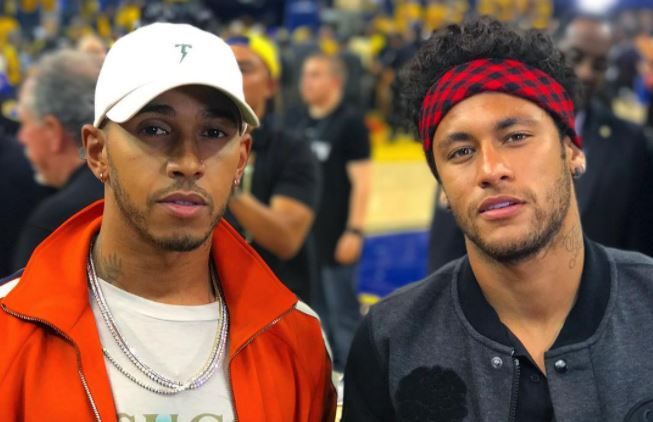 There was an extra dash of star power in the house when Golden State Warriors faced off against the Cleveland Cavaliers in game two of the NBA Finals on Sunday evening.

Indeed, Barcelona striker Neymar was courtside along with Formula 1 driver Lewis Hamilton as Stephen Curry and Kevin Durant’s Golden State Warriors took on LeBron James and the Cleveland Cavaliers at the Oracle Arena.

The Warriors ran out 132-113 winners on the night, but it was a huge dunk from LeBron that earned the appreciation of the Brazilian footballer in the front row.

After the game, Neymar managed to catch up with Warriors power forward Draymond Green and grab a photo with the 6-foot-5 goliath, strategically utilising a nearby chair for the occasion.

A good night had by all, except of course by the Cavaliers who now need to turn things around in game three on Wednesday.